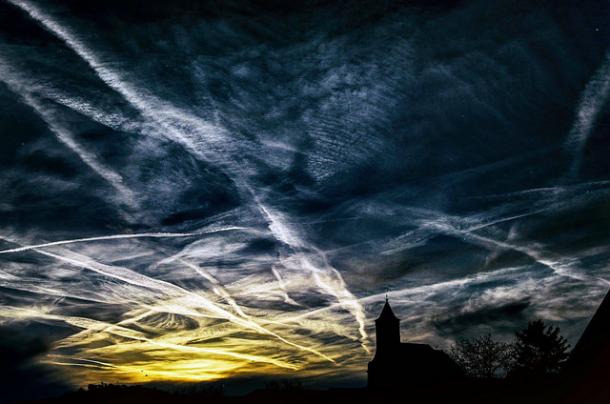 Clouds play a pivotal role in weather forecasts and warnings. They help to drive the water cycle and the entire climate system. Throughout history, they have inspired artists, poets, musicians, photographers and countless other enthusiasts.

The present international system of Latin-based cloud classification dates back to 1803, when amateur meteorologist Luc Howard wrote The Essay on the Modification of Clouds.

The International Cloud Atlas currently recognizes ten basic cloud “genera,” which are defined according to where in the sky they form and their approximate appearance.

Most cloud names contain Latin prefixes and suffixes which, when combined, give an indication of the cloud’s character. These include:

-  Alto: mid-level (though Latin for high)

It also proposes some new “special clouds,” such as Homogenitus (from the Latin homo meaning man and genitus meaning generated or made). Its common names include Contrails (from aircraft).

A special mention is made of Asperitas (from the Latin meaning wave-like and roughness) – a dramatic formation that looks like an upturned roughened sea surface – which has captured the public imagination in recent years. This cloud is included in the atlas as a “supplementary feature.”

The new International Cloud Atlas is a tribute to the generosity of the Hong Kong Observatory and the dedication and enthusiasm of a special WMO Task Team, which spent nearly three years revising the text and collecting and classifying images and data. It increases and enriches our understanding of clouds and will serve as an invaluable resource for many years to come.

The International Cloud Atlas includes a new species Volutus (from the Latin volutus which means rolled) for roll clouds. 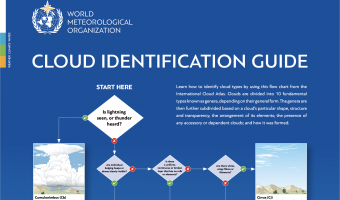 Learn how to identify cloud types by using this flow chart from the International Cloud Atlas. Clouds are divided into 10 fundamental types known as genera, depending on their general form. The genera are then further subdivided based on a cloud’s particular shape, structure and transparency; the arrangement of its elements; the presence of any accessory or dependent clouds; and how it was formed.