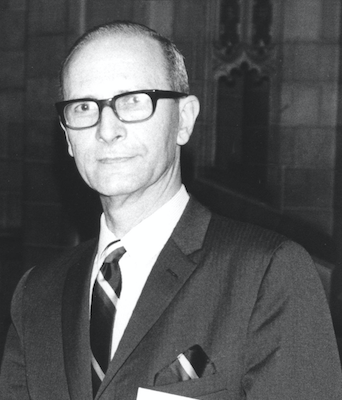 He was working toward a PhD in chemistry at University of Toronto when he was persuaded to apply to the Meteorological Service, where scientists were being recruited for wartime duties.  There, he assisted with training courses and began research in several aspects of theoretical and applied meteorology. This research led to a Master's degree in physics at the University of Toronto in 1944. Following which, in the summer of 1944, he worked as the principal upper-air forecaster at the Montreal Transatlantic Forecast Office.

After the war, Warren Godson worked in the training and research section at meteorological headquarters.  He prepared material for use by the forecasters in the field. Within a short time, he published four major papers dealing with synoptic meteorology and incorporated this work into a thesis for his doctorate, which he obtained University of Toronto in 1948.

He became Canada's leading atmospheric research scientist.  He served as Director-General of Atmospheric Research in the Meteorological Service from 1973 to 1984 and then as Senior Science Advisor until 1991 when he was appointed Emeritus Research Scientist.