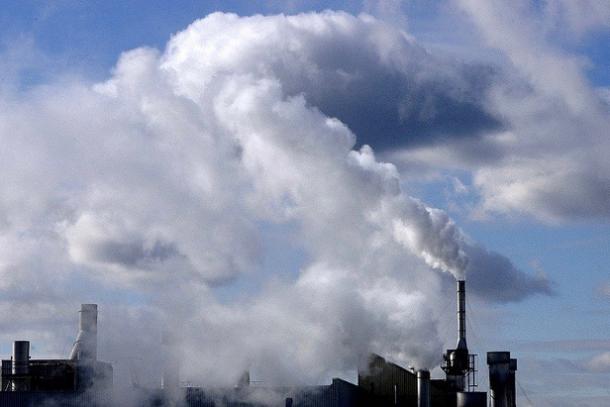 Tags:
Environment
1. What is ozone?

Ozone is a form of oxygen with molecules carrying three atoms instead of two. Ozone is found both in the troposphere, the lower 10 km of the atmosphere, and in the stratosphere, 10 to 50 km above the ground. Ozone acts as a shield protecting us against harmful ultraviolet radiation from the Sun. However, ozone at ground level is a pollutant. It can trigger breathing difficulties and damage plants and crops. It is one of the principal ingredients of smog. Therefore, whether ozone is good or bad depends on its altitude in the atmosphere.

2. What is happening to the ozone layer?

The ozone layer has been under attack from chlorine (chlorofluorocarbon, CFC) and bromine (halon) compounds abundantly used in the past in products such as aerosol spray, can propellants, refrigerants, pesticides, solvents and fire extinguishers. When these substances reach the stratosphere, the ultraviolet radiation from the Sun causes them to break apart and release chlorine and bromine atoms, which react with ozone. These reactions trigger chemical cycles of ozone destruction that deplete the protective ozone layer.

It has been calculated that just a single chlorine atom can obliterate more than 1 000 000 ozone molecules. Bromine atoms however, are some 50 times more efficient at destroying ozone. Fortunately, there are far fewer bromine containing compounds than CFCs in the atmosphere.

Countries have been adhering to international agreements currently in place, such as the Vienna Convention and the Montreal Protocol and its Amendments. After peaking recently, the total amount of chlorine and bromine containing compounds in the stratosphere is now slowly going down, but it will probably take 50 years before the amount of chlorine and bromine is back at where it was before 1980 (roughly when the first Antarctic ozone hole was observed). Recent scientific reports show that ozone reduction has been less rapid in some regions of the globe, but it could take years before ozone starts to increase again.

3. How does WMO monitor pollution?

WMO undertakes global long-term monitoring of air pollution around the world through the Global Atmosphere Watch (GAW)  network, which consists of more than 300 stations that measure the amount of pollution (chemical and even nuclear) in the atmosphere. Data obtained are used to help assess the state of the ozone layer and climate change, and examine the effects on ecosystems and human health.

Using models to discover how different types of pollution react in diverse weather patterns, WMO helps National Meteorological Services and other relevant agencies improve their public information products, including air quality and ultraviolet index forecasts. Predictions provided by NMHSs concerning the transport of pollutants (nuclear, toxic substances, volcanic ash) allows for decisions to be taken for combating negative effects. The World Ozone and Ultraviolet Radiation Data Centre, operated by the Meteorological Service of Canada, is one of six World Data Centres that are part of the Global Atmosphere Watch.