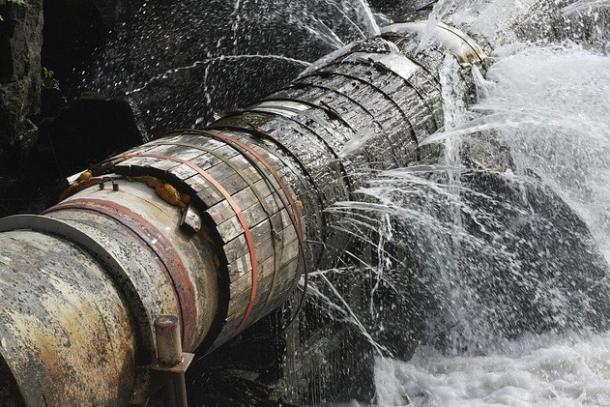 Tags:
Water
Oceans
Floods
Drought
1. What is the hydrological cycle?

Around 98% of the water on Earth lies in the ocean. Ocean, and other surface, waters evaporate to form clouds when heated by the sun. These clouds condense and provide freshwater in the form of precipitation. Under the force of gravity, freshwater makes its way back towards the ocean in rivers and as groundwater, serving the needs of living organisms on the way. From the ocean, water again evaporates and the process repeats itself.

2. Are the world's water resources decreasing?

Only 2% of the water available at any given time on Earth is freshwater, and approximately 70% of that is located in the ice caps. Globally, over a short period of time (a few centuries in this case), total freshwater delivered through the water cycle remains constant.

However, water is not distributed evenly around the world. In any given river basin, freshwater delivery through rain differs from year-to-year. Many of the planet’s largest river basins run through thinly populated regions, while numerous densely populated zones possess inadequate water supplies, a problem which has been worsened by increasing pollution. Freshwater supplies have been further stretched by demands from irrigation, industry, urbanization and rising living standards.

3. How is climate change likely to affect the availability of water resources?

Rising temperatures will accelerate the water cycle, changing the temporal and spatial distribution of freshwater, though total planetary water availability is likely to remain constant. The shrinkage of glaciers will probably result in reduced flows to areas that rely on such supplies in lean seasons. And, should sea levels rise, coastal aquifers could suffer reductions in water quality. Demand for water, for human consumption, agriculture and natural vegetation, is expected to alter as well. All of these factors are likely to have an impact on our water management practices.

Connecting people and institutions to  the learning opportunities necessary for well-functioning meteorological, hydrological and climate services.