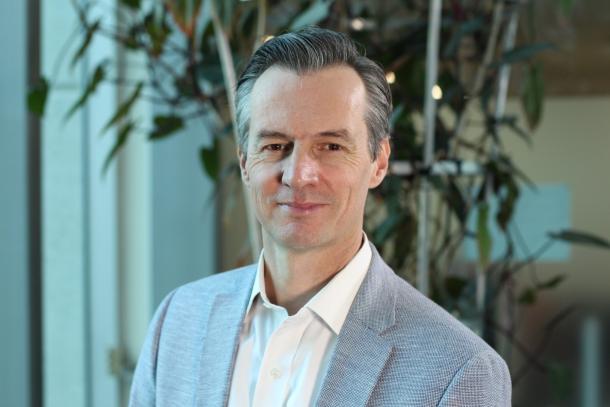 Dr Anthony Rea has been the Director of Infrastructure since November 2019. A strong leader with a management background, he brings decades of experience in observations and data and in fostering collaboration at the international and national level to WMO.

Dr Anthony Rea, born in 1968 in Melbourne, Australia, studied geospatial science, specializing in land surveying at Royal Melbourne Institute of Technology (RMIT) University, Melbourne. After a decade working in the private sector – including two years based in Singapore undertaking offshore seismic exploration and roles in Australia in construction and hydrography – he undertook a PhD at RMIT University, studying the derivation and application of meteorological observations from satellite data, graduating in 2005.

While undertaking his PhD studies, Dr Rea also worked on operational satellite applications, iincluding sea surface temperatures and atmospheric motion vectors, in the Australian Bureau of Meteorology. Subsequent to this, Dr Rea undertook a variety of roles in the Bureau, across the observations programme and in the corporate area. In 2008, Dr Rea completed an Executive Masters of Public Administration with the Australia and New Zealand School of Government.

In 2014, as manager of the Bureau of Meteorology’s observations programme, Dr Rea led the development and implementation of a major change programme, the Observing System Strategy 2014–2020 and Beyond. In 2017, Dr Rea became the Bureau of Meteorology’s Chief Data Officer, leading the organization in data quality and provenance, data governance and data management. In Australia he is a recognized leader in Earth observations activities, and sat on the Australian Government’s Space Coordination Committee.

Dr Rea has made significant contributions to WMO activities and multilateral initiatives over the past 15 years. He was instrumental in setting up the Asia-Pacific Regional ATOVS [Advanced TIROS Operational Vertical Sounder] Retransmission Service (RARS), a precursor to the current Direct Broadcast Network (DBnet). He served as the Chair of the Inter-Programme Expert Team on Satellite Utilization and Products, the Co-chair and subsequently Chair of the Open programme Area Group on integrated Observing Systems and the Commission for Basic Systems Management Group. Dr Rea also played a leading role in the establishment of the Asia Oceania Meteorological Satellite Conferences and the Global Data Exchange for Numerical Weather Prediction (GODEX-NWP) mechanism.