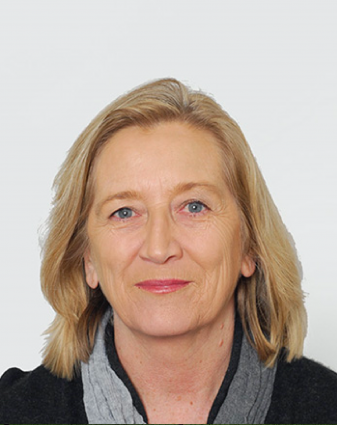 Mary Power has been the Director of Member Services and Development (D/MS) since January 2020. Her key vision is to advance the "regionalization" of WMO by strengthening the Organization's Regional and  Representative Offices (9) and in the process increase interaction with and support to Members and their communities.

Ms Power started at WMO in 2008 as the Director for Resource Mobilization and Development Partners, then became the Director for Development and Regional Activities in 2016.  Since coming to WMO,  Ms Power has broadened her scope and experience geographically, politically and thematically from well beyond the Asia-Pacific region. She has gained extensive experience working in Africa, South and Central America and Caribbean, with Member Governments at the highest level and with all major financing and development partners.  She has demonstrated leadership in the development arena for the National Meteorological and Hydrological Services (NMHS) of Member States and Territories, building up a significant portfolio of partners and projects which continues to grow.  In the process she has created an extensive partnership network of individual experts and organizations that contribute to the delivery of the mandate of the WMO.

Her key vision as Director of Member Services and Development is to advance the "regionalization" of WMO by strengthening the (9) WMO Regional and  Representative Offices and in the process increase the interaction with, and support to, Members and their communities.

Prior to joining WMO, Ms Power spent many years in the Australia-Pacific Islands Region. She managed the Ocean and Islands Programme of the Pacific Islands Applied Geoscience Commission (SOPAC), based in Suva, Fiji, from 2006 to 2007. SOPAC's focus is on marine geoscience, seabed mapping, seabed mining, tsunami modelling and international Maritime Law.  From 2004 to 2006, Ms Power was the Coordinator of the Reef Fisheries Observatory (Coastal Fisheries Monitoring & Research) at the Marine Division of the Secretariat of the Pacific Community based in New Caledonia.  Prior to that she worked as the Manager of the Natural Resource Management Unit and Coastal Management Unit with the South Pacific Regional Environment Programme (SPREP) based in Samoa from 2000 to 2004. Previously she was Regional Manager (Northern) for the Marine Parks-Coastal Management Programme of the Great Barrier Reef and Torres Straits in Australia and in other related positions in Queensland Government.