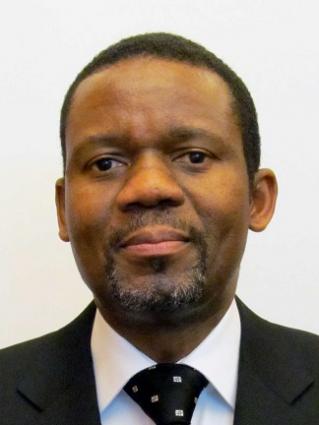 Filipe Domingis Freires Lúcio brings more than 25 of experience in senior leadership positions at national and international levels in the areas of operational meteorology, research, international cooperation and resources mobilization to the WMO Member Services and Development department.

At national level, Mr. Lúcio served as the Director of the National Institute of Meteorology of Mozambique (INAM) and Permanent Representative of Mozambique to the WMO from 1999 to 2007. In that capacity, he implemented institutional reforms that allowed INAM to renew its workforce through the recruitment of qualified staff, to modernize by enhancing technical and operational capabilities and to improve service delivery by introducing a user-driven approach. He successfully advocated to heighten the visibility of and political support for Institute. Under his tenor, INAM became a recognized source of early warning services for disaster risk reduction and of scientific information to support planning and development decision-making.

At the international level, Mr. Lúcio joined the WMO in 2007 as Senior Scientific Officer in the Disaster Risk Reduction Programme. He then became the Director of the Global Framework for Climate Services (GFCS) when it was create in 2014 to coordinate activities to enable enhanced production, availability, dissemination and application of tailored climate services in support of decision-making in climate sensitive sector. In 2020, he became the Director of the Regional Strategy Office in the WMO Member Services and Development department and remained there until is appointment.

Mr. Lúcio holds a Master of Science in Applied and Agricultural Meteorology from the University of Reading, United Kingdom.

None of his accomplishments would have been achieved without the loving support of his wife and children – he is a proud father.