60 Years of Service for Your Safety and Well-Being 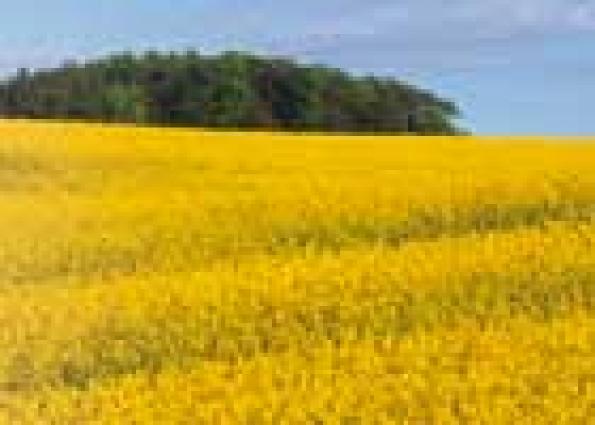 60 Years of Service for Your Safety and Well-Being

Message by Michel Jarraud, Secretary-General of WMO on the occasion of World Meteorological Day 2010

In addition to its key role in the standardization of observations, IMO made outstanding contributions to scientific research, in particular by organizing the first two International Polar Years, during the periods 1882-1883 and 1932-1933, on a scale that exceeded the capabilities of any single nation.

IMO and WMO in fact coexisted for a very short period, before the final IMO Conference of Directors gathered in Paris from 15-17 March 1951, and, at its closure, IMO President Sir Nelson Johnson (UK) formally declared that IMO ceased to exist and that WMO had taken its place. Two days later, on 19 March 1951, the First WMO Congress opened in Paris and at the end of the same year, on 20 December 1951, The United Nations General Assembly adopted its Resolution 531(VI) and WMO became a specialized agency of the United Nations System.

WMO was therefore fortunate that its founders chose to erect it upon the solid base laid out by IMO and through a Convention which, with minor amendments, has succeeded in providing all the strength and the flexibility needed by WMO to take appropriate initiatives and to face the challenges it encountered over six decades.

From the start, WMO was recognized as the paradigm of successful international cooperation and even the Cold War was no impediment, since meteorology does not distinguish political boundaries, so cooperation flourished during those difficult years. Observational networks were extended to cover practically the entire globe and measurements were expanded to include all traditional and even some non-traditional environmental parameters.

WMO was however always aware of the risks and the 1986 WMO Technical Document No 99 - Possible Climatic Consequences of a Major Nuclear War - shall remain a historic reference for future generations. The nuclear winter scenario has now ceased to be a major concern but, by then, WMO had released its 1976 authoritative statement on the accumulation of carbon dioxide in the atmosphere and the potential impacts on the Earth’s climate, which contributed to focus attention on global warming and climate change, clearly seen today as a major threat to sustainable development and even to human survival, and which United Nations Secretary-General Ban Ki-moon has identified as “the defining challenge of our era”.

Following the First World Climate Conference, organized in 1979 to consider the looming threat of climate change and its potential impacts, WMO and ICSU established the World Climate Research Programme (WCRP), subsequently also joined by the Intergovernmental Oceanographic Commission (IOC) of UNESCO. WCRP has been vital for science, in particular by providing the scientific foundation of the assessments of the Intergovernmental Panel on Climate Change (IPCC), which WMO and the United Nations Environment Programme (UNEP) have co-sponsored since 1988 and which at the end of 2007 received the prestigious Nobel Peace Prize.

Another major challenge arrived in 1975 when WMO convened a group of experts to release an authoritative statement alerting the world on the thinning of our protective stratospheric ozone layer shielding us from exposure to excessive ultraviolet radiation. The ozone-hole issue demonstrated the importance of long-term measurements, without which ozone destruction would have continued unabated and might not have been detected until more serious damage was evident. The ensuing Montreal Protocol to the Vienna Convention has been an outstanding example of collaboration among scientists and decision-makers.

As we look back over these six decades, several developments opened exceptional scientific and technological possibilities for the Organization; for example, the launching of artificial satellites and the unprecedented possibilities which they offered in terms of observations, in coincidence with the thriving development of computers and telecommunications. These initially individual factors soon converged to facilitate real-time international exchange of data and products and the implementation of the World Weather Watch, a key WMO programme which became the basis for the others.

WMO sponsored research flourished. After the Organization assumed IMO responsibilities, it joined forces with the International Council for Science (ICSU) to launch the 1957-1958 International Geophysical Year and, more recently, the International Polar Year 2007-2008, which is still producing exceptional scientific results. WMO and ICSU organized in 1967 the Global Atmospheric Research Programme and its famous experiments, among which the GARP Atlantic Tropical Experiment, the Monsoon Experiment and the 1978-1979 First GARP Global Experiment, or Global Weather Experiment.

Marked improvement in weather forecasting soon followed: whereas in 1950 we only could hope for 24-to 36-hour forecasts, today we have useful seven-day predictions, an achievement of WMO’s international coordinating role in observations, research, analysis and modelling, and also led to longer-range predictions, from a season to a year ahead. This would not have been possible without the free and unrestricted international exchange of data and products, a concept so implicitly structured in the spirit of the WMO Convention that it had not been formally included initially.

By the 1990s, however, the inter-national services-delivery structure had substantially evolved from its form of the 1950s, and at one point this situation developed enough for it to become a major challenge, which was addressed by WMO Members with foresight and determination, within the traditional spirit of cooperation and satisfactorily resolved through World Meteorological Congress Resolutions 40 (Cg-XII) and 25 (Cg-XIII).

Natural hazards pose very serious threats to human security, so WMO has devoted substantial efforts to develop operational warning systems and effective preparedness measures, which have contributed to a significant decrease in the associated loss of lives. To ensure that these benefits reach its Members, WMO has devoted considerable attention to the development needs of the National Meteorological and Hydrological Services, in particular in the least developed countries, to warrant that they have ready access to advanced products and the capacity to use them according to their national requirements and their global commitments, an objective driven by WMO’s fundamental mission.

During these 60 years, the map of the world has changed substantially, and today WMO’s Membership comprises 189 countries and territories, following the recent incorporation of the Democratic Republic of Timor-Leste on 4 December 2009. However, at the time of joining WMO some of our newer Members lack the experience and the resources to establish even the most fundamental weather services in support of their sustainable development, so technical cooperation and education and training are areas in which WMO accomplishments have clearly made a difference.

The resolution to incorporate hydrology within the scope of WMO developed between the Second (1955) and Third (1959) World Meteorological Congresses. The latter established the Commission for Hydrological Meteorology, which by 1971 had evolved into the present CHy. Thanks to these key decisions, surface and ground water monitoring and quality controls have enabled WMO to issue authoritative warnings against dwindling water supplies, especially in view of mounting population pressure and water pollution, while WMO integrated water resources management is showing the way to optimize the exploitation of our limited fresh water resources.

It is today traditional to focus the annual World Meteorological Day celebration on a special theme and at its sixtieth session the WMO Executive Council decided that in 2010 this theme would be “the World Meteorological Organization –60 Years of service for your safety and well-being”, a specially appropriate theme at a time when communities around the globe are striving to achieve the United Nations Millennium Development Goals, in particular concerning health, food and water security and poverty alleviation, as well as to improve their resilience in the face of recurrent natural disasters and to assist them in proactively responding to the mounting impacts of climate variability and change.

Several other WMO programmes and activities have provided exceptional examples during these six decades of the socioeconomic benefits that can be achieved by many sectors through cooperation in meteorology, especially in terms of human safety and well-being. Obvious examples include agriculture and food security, health, transportation, tourism, construction and energy, among others. It might be impractical and even inequitable to give credit to all of them in this short message, so they are considered far more fittingly in the 2010 World Meteorological Day booklet “World Meteorological Organization – 60 years of service for your safety and well-being”.

The new booklet is also a renewed effort to preserve WMO history for future generations. I am indeed confident that the theme of World Meteorological Day 2010: “the World Meteorological Organization – 60 Years of service for your safety and well-being” will contribute to further engage all WMO Members and partners, for which I wish to congratulate them wholeheartedly.

I also would like to recall that Heads of State and Government, Ministers and senior government officials of 160 countries, participating from 31 August to 4 September 2009 in the High-level Segment of World Climate Conference-3 (WCC-3), unanimously agreed to establish a Global Framework for Climate Services (GFCS) to strengthen the provision and use of climate predictions, products and information worldwide.

This GFCS will be crucial to support climate change-resilient societies. Through strengthened observations, research and information, as well as novel interaction mechanisms between climate information users and providers, the Framework will ensure that all societal sectors have user-friendly climate products enabling them to better plan ahead in the face of a changing climate.

I am convinced that through this initiative and others that will follow, WMO will be even more relevant in serving humanity over decades to come. For this capability we are all in debt to successive generations of meteorologists and hydrologists from all countries. To all of them we pay tribute on the occasion of the 2010 World Meteorological Day.