Adapting to Climate Change: a Challenge and an Opportunity for Development 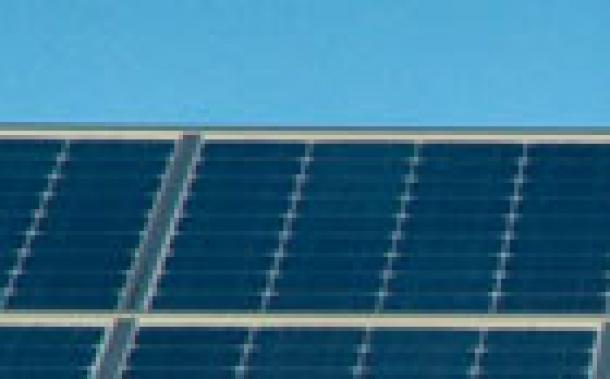 Adapting to Climate Change: a Challenge and an Opportunity for Development

by Roger B. Street*

The recent release of the approved Summary for Policymakers reflecting the Working Group II (WGII) contribution to the Fourth Assessment Report of the Intergovernmental Panel on Climate Change (IPCC AR4) has clearly laid before us the evidence that climate change and development must be intrinsically linked.

The WG II report confirms that impacts of climate change are apparent on all continents and that these impacts will increase with the magnitude and rate of climate change. The report concludes that the most vulnerable are the marginalized ecosystems (coral reefs, sea ice, tundra, mountains, low-lying coasts, and low-latitude agricultural systems) and the people who depend on them. It goes even further to indicate that the most vulnerable people are among the poorest of the poor and include the poor in both developing and developed countries.

In the context of adaptation, the IPCC WG I and WG II reports both clearly show that we are already committed to unavoidable climate change that will play out over the next 30-40 years and beyond. This commitment to change, along with the observations that changes experienced to date are visibly impacting on natural, managed and human systems and that more impacts are expected as a result of those changes in climate, necessitates a commitment to adaptation. Mitigation, although essential to reduce, delay or avoid future impacts, will not effectively address those to which we are already committed.

The need for adaptation is particularly acute considering the nature of our vulnerability and the projected changes that will determine our future vulnerabilities as individuals and as a society. The livelihoods of most people, particularly those in developing countries, are critically dependent on a highly variable and changing climate. Single extreme events in some countries can cause setbacks equivalent to a decade’s worth of economic growth (Burton, 2006). As such, development and poverty reduction are often being prevented as a result of the variability and extremes of climate. Additionally, achievement of the Millennium Development Goals (MDGs) will be possible only if climate variability and change are managed more effectively.

The adaptation-development nexus manifests itself in a number of dimensions. First of all, we are not as well adapted as we should or could be to today’s climate variability and extremes. This is blatantly obvious considering the nature of losses we are currently experiencing as a result of extreme weather and climate events. It is evident that the environment and human society have always experienced losses as a result of extreme events. Although we have learned from some of these, individuals and society continue to make decisions that sustain or enhance their exposure to losses from extreme events; and society and the environment continue to pay and lose. Many of these decisions are associated with development or a desire to maintain or return to the status quo. They result from incomplete information on the nature of the associated risk or a desire to maintain or return, following an extreme event, to the status quo.

Secondly, the climate is changing and the amount and rate of change are projected to be significant in terms of human experience. In addition, those changes include not only those in the mean but also those in extreme weather and climate events (e.g. changes in intensity and frequency). As indicated in the second part of IPCC AR4 (WG II), these extremes have the potential to cost humanity dear in terms of life, property and social, economic and environmental sustainability.

Finally—and, in some cases, more importantly than others—these changes in climate are concurrent with societal changes and developments. Many of these are contributing to society’s increased vulnerability. Prominent amongst these societal changes are greater numbers of people relying on the same resource base and greater densities in existing and developing urban centres. Compounding the resulting enhanced risks is that many of these increases in numbers and density are occurring in areas where there is already high climate risk (low-lying coasts, river deltas and Africa (particularly the sub-Saharan region) or where those risks are also heightened through further development for human activity (e.g. coastal development, deforestation, more intensive use of available water resources, and development in the Arctic).

The impacts resulting from changes in climate and in society’s vulnerability have already manifested themselves in all-too-obvious ways. Social, economic and environmental losses associated with an exposed and thus vulnerable society are mounting and threatening both our sustainability and potential for further development. Furthermore, development and reconstruction to address losses resulting from extreme events that do not consider projected changes in climate within their design and implementation are simply setting the stage for future losses and thus for perpetuating the commitment to further setback in economic growth.

What is this adaptation and how can mainstreaming adaptation be achieved? The Intergovernmental Panel on Climate Change defines adaptation as “an adjustment in natural or human systems in response to actual or expected climatic stimuli (variability, extremes, and changes) or their effects, which moderates harm or exploits beneficial opportunities” (IPCC TAR, 2001).

Adaptation responses and decisions can be categorized as measures and strategies that contribute either to:

These two categories reflect the range of adaptation measures and strategies from which a good adaptation response can be developed.

In terms of willingness and ability to adapt (i.e. to make and/or implement a decision to adapt), these are often affected by concerns related to real or perceived barriers or constraints that can lead to questioning the need for adaptation or are seen as limiting the effectiveness of a particular option. These constraints or barriers include:

In an environment of change, sustainability requires that society needs to be adapting. As long as change continues, adaptation will be necessary. Thus, building adaptive capacity is essential and fundamental to sustainability and development. Building adaptive capacity through improving the understanding of climate change and associated risks and specific vulnerabilities, along with actions related to understanding and improving the institutional and legal frameworks (i.e. those constraining or enhancing adaptive capacity), are useful strategies for eliminating most if not all of the barriers identified above.

Experience has shown that certain strategies and measures can be instrumental in establishing the basis for adaptation. Arming individuals and organizations with the information, tools and guidance to better understand the risks and to identify and assess adaptation options are among the most effective of these. Access to climate information of sufficient quality and quantity is fundamental to understanding the climate risks, as well as identifying and assessing the viability of adaptation options. Regrettably, for many, the necessary climate information is not accessible or available and the deterioration of the climate observational network and that information which does exist (e.g. accessible climate archives) are perpetuating this deficiency.

Concern for the poor and deteriorating state of climate observations and of the accessibility to the resulting information led the Conference of the Parties to the UN Framework Convention on Climate Change to invite the Global Climate Observing System to organize a Regional Workshop Programme to facilitate improvements in climate observing systems, particularly in developing regions (Decision 5/CP.5). This programme in turn led to the development of Regional Action Plans in 10 distinct regions to address these priority needs. Implementation of these action plans is now essential to building the information base and capacity required to deliver adaptation and, thus, the development agenda.

It is also been recognized that, along with information on climate risks, knowledge of the impacts of exposure to those risks can be instrumental in motivating organisations and communities to begin the process of adapting. Memories are often short and communication from those dealing with the impacts of climate variability and extremes on a day-to-day basis with those developing policies and strategies and controlling budgets is often fragmented. Better understanding (and documentation) of the nature and extent of the impacts, including costs of repairing and restoring operations (e.g. UKCIP climate and impacts profile can be a significant lever for change).

Experience has also shown that it is essential to make available tools and guidance that can be used by those seeking to address their climate risks. A wide variety of tools and guidance has been, and is being, developed by organizations at the global level (e.g. World Bank and UNDP) and nationally both in developed and developing countries. Information on these tools and guidance is being assembled through the Nairobi Work Programme (UNFCC Decision 2/CP.11) within the UNFCCC’s Subsidiary Body on Scientific and Technological Advice (SBSTA) and will be the subject of an experts’ workshop that will be held prior to the 28th session of the SBSTA (2008).

Experience has shown that several factors are fundamental to determining the success of these tools and guidance. Foremost amongst these are the following:

To be continually effective/sustainable, development will need to include a capacity to adapt. This capacity includes evolving with changing internal and external circumstances. As such, development like adaptation should be approached as a continuous improvement process. Climate, together with socio-economics, is a major determinant of success for much of the development required. The scientific evidence before us indicates that this fundamental determinant will continue to change, as will the associated risks and/or aversions to those risks. The viability of development initiatives must be examined in the context of change and include adaptation to those changes.

The projected nature of climate change and the resulting impacts suggest that development will need to be periodically reassessed and improvements to existing measures or additional or alternative measures implemented in the light of those changes and new knowledge and technologies. This continuous improvement process provides an opportunity to incorporate lessons learned through implementation and living with previous adaptation efforts, including those undertaken by others, as well as technological innovations and increased scientific understanding. An opportunity that is realizable when those experiencing the changes and expected to implement and maintain the resulting development effort are engaged throughout the entire process. Experience has also shown that key to sustaining the benefits of this type of development is that these same people are informed and have access to tools and guidance material, as well as the capacity to continue adapting well.