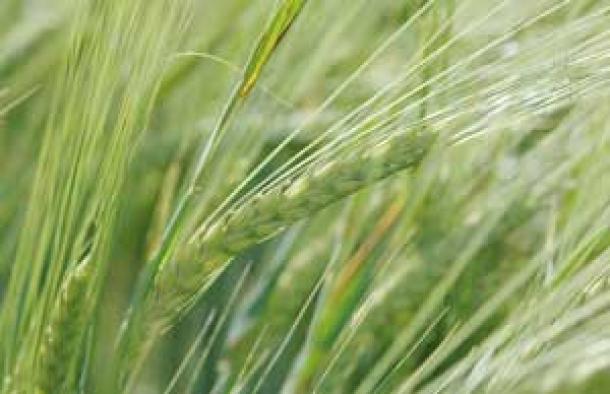 All agrometeorological and agroclimatological information that can be directly applied to try to improve and/or protect the livelihood of farmers in agricultural production may be considered to belong to agrometeorological services. This improvement/protection applies to yield quantity and quality and income, while safeguarding the agricultural resource base from degradation (e.g. Stigter, 2007a).

Problem solving in the livelihood of farmers needs increases in the operational use of knowledge. This should be done by applying a mixture of local knowledge, selected science and appropriate policies into actual agrometeorological services supporting the decisions and actions of producers, whatever climate conditions and changes they face (e.g. Stigter, 2006).

In developing countries and countries in transition, responsibility to help poor farmers help themselves should be with governments first. Governments and NGOs can, however, work complementary. Governments must be able to leave certain interests to those concerned, organized in/by NGOs.

The lessons learned point towards a need to, by all means, bridge the gaps towards the livelihoods of farmers. For any lasting success of agrometeorological services, such bridging should be funded, organized, and permanently evaluated through the training of intermediaries. Climate Field Schools (CFSs) appear a most promising tool to face climate change, which itself makes the above only more necessary (e.g. Stigter, 2007b).

Civil servants at NMHSs, research institutes and universities can make weather “advisory” products of their organizations more “client friendly”. Whether other players, as extension intermediaries, should be civil servants or NGO-related depends on the policies of the decision-makers: government, institutes, NGOs and farmers.

Training of intermediaries, estab­lishing CFSs and making client friendly products are the new bags for agrometeorological services. The old wine has been on the shelves but must now be presented differently with pre-existing inequities among farmers in mind (e.g. Stigter, 1999; Lemos and Dilling, 2007), new and better needs assessments (e.g. Stigter, 2007c) and a focus on preparedness strategies (Rathore and Stigter, 2007).

Response farming as an early set of agrometeorological services was created and promoted by Stewart (1980s, for WHARF) and supported by (among others) Gommes (e.g. 2004, for FAO), Stigter (e.g. in Olufayo et al., 1998 as well as in Stigter, 1999, and in KNMI, 2006, for WMO/CAgM) and Weiss et al. (2000). Gommes proposed connections to modern data analysis and advisory/services communication techniques.

Organizing timely information and services, in differentiated form, becomes a decisive factor in being able to use them in strategical and tactical decisions. Traditional methods may be more suitable because of their availability from within the farming systems concerned. Other knowledge most often appears not yet sufficiently well organized in agrometeorological services (Stigter et al., 2005).

Can development be sustainable when the climate is not sustainable? Climate change and increasing climate variability may seriously complicate sustainable development. New or adapted preparedness strategies have to be developed as responses, differentiated after farming systems! Once response farming is aimed at, however, this remains the same approach but to more varying conditions and systems. Principles, organization, the role of research and communication infrastructure, education and extension approaches, etc., will not differ, but may be complicated by climate change.

The oldest way of coping with climate variability is trying to fit cropping to the ongoing season. By using in coping strategies any possible indigenous forecasts of the season’s behaviour or by adapting to what is experienced in the ongoing season, flexibility and resilience of farming systems with respect to rates of change is a recurrent factor in such attempts.

There are ample examples of permanent, slow and fast traditional adaptations to seasonal variability for coping strategies and food security. In fact, these adaptations may be seen as the oldest examples of response farming in the most direct meaning of the term (Stigter et al., 2005). However, there are no expectations of improvement of these traditional “fitting” methods per se under the presently fast changing conditions. Their blending with more scientific meteorological/climatological approaches appears the only way forwards.

Response farming is a method of identifying and quantifying, stat­istically or otherwise, seasonal rain­fall variability and (un)predictability and related risks, addressing these risks at the farm level. The hypothesis is that solutions to farming problems may be found by improved forecasting of expected rainfall behaviour in the cropping season(s). Response farm­ing means adapting cropping to the ongoing rainy season by guidance of agronomic operations, using past experiences, preferably from interpretations of meteorological rainfall records, with support from traditional expert knowledge, where available.

We are talking here about onset of rains, total amounts, duration (patch­iness, including dry spells and their lengths), rainfall intensities, frequency of rain days, average daily rates of precipitation, distribution of rainfall over the seasons, ceasing of rains, etc., that appear to be of interest to farmers. Given the indications for increasing climate variability and change of the climate in terms of rainfall, this will have to be adapted to those new conditions, limiting the period in the past over which the experience can be used and adapting the information to local soils and topography (Stigter et al., 2005).

Multilateral agencies are urging that climate forecasts be made available to small-scale farmers. Disaster- pre­paredness strategies, both of governments and NGOs, have begun to take account of such forecasts. There is considerable interest in assigning them an economic value. However, field studies of the impact of recent forecasts suggest that there is a considerable gap between the information needed by small-scale farmers and that provided by meteorological services. Risk aversion strategies in LEISA (low external input and sustainable agriculture) production systems pose a problem for adapting forecast information (Stigter et al., 2005).

Services such as advice on design rules on above and below ground microclimate management or manipulation, with respect to any appreciable microclimatic improvement, belong to such agrometeorological services: shading, wind protection, mulching, other surface modification, drying, storage, frost protection, etc. (e.g. Stigter, 2007d).

KNMI (for Netherlands Government compiled by Kees Stigter), 2006: Capacity building in the area of agrometeorological services through roving seminars. Document distributed and presented as CAgM-XIV/INF. 4 at the 14th session of the WMO Commission for Agricultural Meteorology, New Delhi, October/November, 13 pp.

Stigter, K., 2007(c): Agrometeorology from science to extension: assess­ment of needs and provision of services. Invited lecture at the 50th anniversary of the Chinese Academy of Agricultural Sciences, Beijing. Also: Agric. Ecosyst. Environ., in press.

Stigter, K., 2007(d). Available drafts for “Applied Agrometeorology”. To be published in 2009 by Springer, New York/Berlin/Heidelberg.