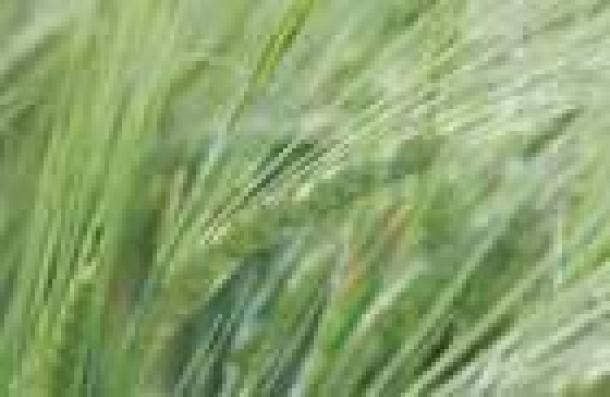 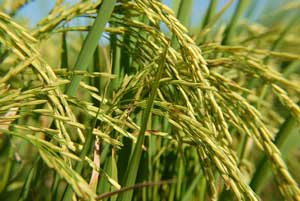 Dr Salinger, former President of the WMO Commission for Agricultural Meteorology (2006-2010), outlines the Commission’s challenges in contributing to food security, building on its role over the last 60 years.

At the latest Millennium Development Goals Summit in New York in September 2010 developing country leaders pointed to climate change as a real threat to attaining food security. WMO and its network of national weather agencies contribute by providing key weather and climate information that is adapted to local agricultural conditions, for farmers and decision-makers.

The modern challenge for WMO’s Commission for Agricultural Meteorology is to contribute to greater food security, in context of skyrocketing population growth and climate change.

The Commission has developed a very important mandate for the decade 2010-2020 to assist food and fibre production so as to:

Population growth is outstripping food supplies. Today there are 6.8 billion people. By 2050, the world’s population is expected to reach nearly 9.2 billion, with growth concentrated in developing countries. Food production will need to increase by more than 50 per cent by 2030, and nearly double by 2050.

Meanwhile, food stocks, production and development assistance for agriculture are on the downswing. The cereal stocks-to-utilization ratio, at 19.6 per cent in 2008, is at its lowest level in 30 years, according to the United Nations Food and Agriculture Organization (FAO). Developing countries only increased cereal production by 1.1 per cent in 2008. If China, India and Brazil are excluded from the group, production in the rest of the developing world actually fell by 0.8 per cent. Agriculture’s share of Official Development Assistance fell from 17 per cent in 1980 to 3 per cent in 2006.

Food security has been a theme of development for the Commission since it was conceived sixty years ago.

When the Commission was created in the 1950s, it focused on inter-agency cooperation with agencies such as FAO, the United Nations Educational, Scientific and Cultural Organization (UNESCO) and the International Society of Soil Science. Building links between weather services and agriculture at the national level was a priority. National coordinating committees were set up between agencies for meteorology, agriculture, animal husbandry and soil science. This led to the inception of agro­meteorological services.

Later in the 1950s, water experts were included. Semi-arid regions clearly needed to link hydrology to agriculture. The concept of water balance for crop yield was globally recognized, as agrometeorologists were able to compute aspects of the hydrological cycle. This allowed them to determine when and how much irrigation would be needed, by examining plant root systems and soil for their water capacity.

The first Guide to Agrometeorological Practices soon followed. It included the collection of weather and climate data with agriculture applications. It also examined weather forecast applications, such at how weather forecasts were used for crop planting, agricultural spraying, cutting of hay for silage and severe weather warnings for newborn livestock.

Other developments included weather-related forecasting for potato blight, other plant diseases and pests; and prediction of below-zero temperatures for frost-sensitive crops. The emphasis in these early days was very much on one to two-day time scale weather events, and applications for food production.

During the 1960s, agroclimatology grew, with the first concerted approach using climate data. Maps were developed with climatic factors affecting crops, such as rainfall and water balance factors, heat and light. Climate requirements for a range of crops grown in the various areas were described. Studies centred on weather factors influencing plant pests and diseases, such as desert locusts, apple scab and wheat rusts. Some regional agroclimatologies were carried out.

During the 1970s, with rapid population growth and a worsening world food situation, the Commission embarked on a comprehensive WMO programme at the national level. Shortcomings existed in applications of weather and climate to food production. The programme helped countries anticipate weather and climate variability’s impact on food production. It examined crop/climate relationships determining yield and development, as well as crop diseases, animal diseases, soil degradation, aerobiology, agroclimatology and international experiments to acquire crop-weather data.

During the lead up to the World Food Conference in Rome in 1974, the Commission’s role aiding food production was emphasized, and WMO fully participated in preparations for this landmark conference. This led to the decision at Congress to strengthen WMO activities in aid of food production. With this came crop-weather modelling for the first time.

This decade produced many publications dealing with the meteorological aspects of crop and animal production and protection, forecasting yields, soil and land use, water balance, and agroclimatologies of areas. The work of the Commission in the late 1970s established a WMO programme fully supporting food production.

Many work threads came to fruition during the 1980s – a decade when climatic variability started to have a big impact on agriculture and food production. Developing country participation grew rapidly.

Weather and climate factors were fed into models that helped determine crop scheduling and assess yields. Agroclimatologies were carried out for specific crops. Agroclimatic zoning techniques emerged, matching the most suitable crops to climatic conditions in specific areas. Services grew for agriculturalists, especially for drought and desert-prone areas.

In the 1960 and 1970s, the WMO Congress established an inter-agency coordinating group on an Agrometeorological Programme in Aid of World Food Production. The group consisted of representatives from WMO, FAO, UNESCO and the United Nations Development Programme (UNDP).

The 1982-83 El Niño/Southern Oscillation hurt food production in many countries. Droughts in southern Africa brought crop failure and famine; drought led to crop failure in Australia; and Peruvian anchoveta fisheries collapsed because of warmer coastal waters. However, the Commission’s activities to cope with climate variability were to wait another decade, as this was coupled with the development of seasonal to inter-annual climate predictions.

With the 1990s, the Commission developed work programmes to assist sustainable agricultural production. Global climate developments also had their influence. The 1997-98 El Niño and the 1998‑99 La Niña again affected agriculture in a major way, and the effects of global warming were becoming more widely recognized.

Farmers were technologically advanced and they made good use of weather and climate information. But concentrated agricultural production was harming soil and water quality. The Commission focused on decreasing inputs into agriculture to reduce environmental damage. Satellite technologies and Geographical Information Systems were used for agroclimatic mapping; rapid improvements numerical weather prediction improved in forecasts influencing agriculture for several days, as well as crop/climate predictions.

In the developing world, food production challenges came from increasing climate variability, drought and desertification, wind and water erosion and environmental degradation of land owing to population pressures. In response, the Commission promoted microclimate management for small-scale crop and soil protection; regional climate forecasting to diversify large-scale cropping and farming; online advice for countries, regarding sowing time and irrigation scheduling from crop water balances; and indigenous knowledge from farmers to increase yield while protecting the environment, which had been overlooked with the previous boom in scientific agricultural research.

In the last decade, three major advances have shaped the Commission’s contributions to food and fibre production. These are the growth of seasonal to inter-annual climate forecasting; better supercomputers to simulate climate scenarios; and mobile phone and internet technologies to get weather and climate information to farmers.

The Commission consequently organized its contributions in three project streams:

Climate predictions have been pivotal in climate services for agriculture. For example, from seasonal climate forecasts, information and prediction, a course has been plotted for large-scale prediction in India, Pakistan and Indonesia, bringing greater understanding of climate variables and their impact on agriculture.

The collective understanding of climate variability and its prediction for the agricultural sector has grown. More sophisticated climate prediction procedures are emerging rapidly and finding greater use. With crop simulation models in a decision systems framework, alternative decisions are being generated. There is a need to further refine and promote climate prediction tools. It is equally important to find out why current products are not being adapted and used more widely.

Spreading agrometeorological information begins with scientific knowledge and understanding, and ends with evaluation. For information to be useful, it must be accurate, timely, and cost-effective. Towards this end, the Commission set up the World AgroMeteorological Information Services, a dedicated webserver to share products issued by WMO Members.

The road ahead: combining efforts for global food security

The Commission’s contributions to world food production over six decades have been many. But just as many challenges lie ahead, because of the twin challenges posed by population growth and climate change.

The Commission has an extremely important role in assisting food and fibre production to adapt to climate variability and change, especially in the Americas, Africa, Asia and small island states. To enhance this role, the Commission has forged new links with the World Food Programme.

During the past four decades, weather and climate risks such as droughts, floods, storms, tropical cyclones, heat waves, wildland fires and windstorms have caused major losses in the agricultural sector. Communities most exposed to risks are those with the least access to technological resources and infrastructure.

Natural disasters are a real threat to the 450 million smallholder farms worldwide. By way of example, in 2009 alone, China suffered its worst drought in five decades, affecting 4  million people; India experienced its weakest monsoon season since 1972, with rainfall 23 per cent below normal across the nation; east African drought led to massive food shortages in Kenya, with 150  000 livestock lost and a 40 per cent decline in maize harvests, affecting 23 million people; and record-breaking heatwaves across southern Australia combined with very dry conditions to spark deadly wildfires.

Last year’s World Climate Conference‑3 proposed a Global Framework for Climate Services. This framework can help the world face climatic risks and uncertainties for agriculture. A key strategy is better use of climate knowledge and climate risk technologies.

The Commission for Agrometeorology will contribute by linking and integrating information between providers and users of climate services. The farming community and the National Meteorological and Hydrological Services will need to be more active in communicating this information.

Another key strategy to cope with food security includes better climate knowledge and technology to adapt to climate change. Planning, early warning and well-prepared response strategies are the major tools for mitigating crop losses due to climate variability. New, quantitative information about the environment within which farmers operate – or about the likely outcome of relief management options – will reduce uncertainties in crop productivity. Computer simulations are particularly useful to quantitatively compare alternative management and relief options in areas where seasonal climatic variability is high and/or prone to extremes.

We hope it can be said in another 60 years, what the Commission for Agrometeorology can say in 2010: “Although what we as members of this Commission do may seem insignificant, our combined efforts have produced crucial improvements for agrometeorology and global food security.”

Examines the impact of weather and climate on crops, rangeland, livestock, and agricultural operations. It deals with water, heat, air and related biomass development – above and below ground – in agriculture, including the impact of pests and diseases.

The term first came into use in the 1920s. Since the 1980s, the field has changed rapidly. A rise in natural disasters, pests, diseases, climate variability and climate change has brought more demand for agrometeorology services.

The Commission on Agricultural Meteorology

One of eight WMO technical commissions, the Commission promotes weather and climate developments, applications and standards that relate to agriculture, soil conservation, animal husbandry and plants, forests and fisheries.

WMO has several brochures outlining its work in agricultural meteorology. These cover the Commission and the role of national services, as well as climate change topics related to food security, desertification, land degradation, agriculture, drought monitoring and early warning.