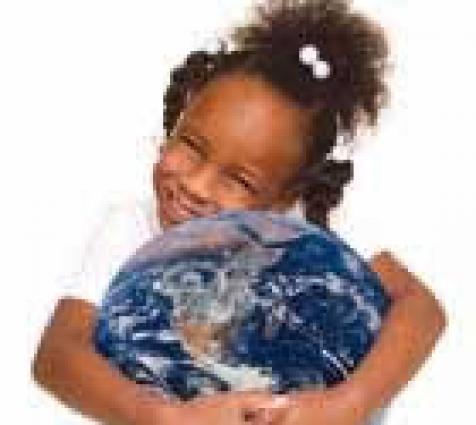 Following the legacy of the first and the second World Climate Conferences that laid the foundation for building climate research and observational activities to understand the nature of the climate challenges and to initiate an international policy dialogue, World Climate Conference-3 (WCC-3) made a leap to put climate science in the service of society. The focus on “climate prediction and information for decision-making” enabled the Conference to identify critical components of a Global Framework for Climate Services.

The Global Framework at COP-15

The Global Framework for Climate Service was a major focus of WMO activities at the fifteenth Conference of Parties (COP 15) to the UNFCCC, held from 7 to 18 December 2009 in Copenhagen, Denmark. WMO activities at COP 15 follow on decades of work in coordinating the contributions of National Meteorological and Hydrological Services to assist Parties to the UNFCCC in fulfilling their obligations under the Convention.

A side event on 9 December in Copenhagen emphasized the essential components of climate observation, monitoring and prediction in understanding current and future climate variability and change. Representatives from WMO, the United Nations Educational, Scientific and Cultural Organization, the WCC-3 International Organizing Committee, the United States National Oceanic and Atmospheric Administration, the UK Meteorological Office and the International Telecommunications Union, as well as government representatives, discussed these components in the context of the Global Framework for Climate Services.

At another side event on 14 December about the United Nations System’s efforts to advance work on adaptation to climate change, the WMO Secretary-General Michel Jarraud presented the Global Framework for Climate Services. Similarly, Mr Jarraud participated in a 16 December high-level event about the United Nations System delivering as one on climate.

While the results from WCC-3 provided key inputs to COP 15, the Global Framework goes beyond Copenhagen, seeking to find practical solutions that will address the inevitable impacts of climate variability and change and enhance use of climate services to inform economic and social activities worldwide. 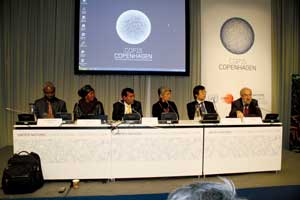 On 14 December 2009, the WMO Secretary-General participated in a high-level ministerial event on information and knowledge for climate change adaptation, organized by UNEP and chaired by the President of Maldives.

Held in Geneva, Switzerland, from 31 August to 4 September 2009 and organized by WMO with partners, WCC-3 recognized the progress that has been made over the past 30 years towards the development, implementation, operation and application of climate services in support of a range of societal needs in major socio-economic sectors. It also recognized that the present arrangements for provision of climate services fall far short of meeting the identified needs, especially in developing countries.

People around the world are facing multifaceted challenges of climate variability and climate change, challenges that require wise and well-informed decision-making at every level, from households and communities to countries and regions.

Evidence of climate impacts is widespread, with global warming affecting food and water security, transport and infrastructure, tourism, public health and the environment. Climate risks are also increasing in terms of the frequency and intensity of natural hazards. Decision-makers in all sectors are increasingly concerned by the adverse impacts of climate variability and change, but are not sufficiently equipped to make effective use of climate information to manage current and future climate risks.

Notwithstanding the great scientific progress made over the past 30 years, present capabilities to provide effective climate information and prediction services fall far short of meeting present and future needs and of delivering the full potential benefits. The objective of WCC-3 was therefore to support the establishment of climate services at various levels that are now being sought by all countries and in virtually every sector of society for the management of climate-related risks and to support adaptation to climate change, especially in developing countries most vulnerable to climate change.

Producing outcomes for the future

WCC-3 was the result of a collaborative effort of the entire United Nations System and other partners. WCC-3 provided the opportunity to jointly consider an appropriate global framework for climate services over the coming decades that would help ensure that every country and every climate-sensitive sector of society is well equipped to access and apply the climate prediction and information services.

Heads of State and Government, along with Ministers, national representatives and other invited dignitaries from 160 countries, based on the findings of the Expert Segment of the Conference, unanimously adopted a Conference Declaration, deciding to establish a Global Framework for Climate Services to strengthen the production, availability, delivery and application of science-based climate prediction and services.

The Framework will have four major components, along with capacity building: observation and monitoring; research, and modelling and prediction; a Climate Services Information System; and a User Interface Programme. The first two components are well established but are in need of strengthening. The latter two components together constitute a World Climate Service System. The User Interface Programme, which presents a relatively new concept, will develop ways to bridge the gap between the climate information being developed by climate scientists and service providers and the practical information needs of users.

Some 2 000 experts from 167 countries and 59 international organizations attended the Conference. The challenges facing the climate service providers and user communities in key sectors were reviewed by the experts at WCC-3, who saw an urgent need for much closer partnerships between these groups. The experts also considered the needs and capabilities for, and socio-economic benefits of, applying climate information in key climate-sensitive sectors.

Overall, the Conference noted that there is vast, as yet largely untapped, potential to improve and enhance the quality and utility of climate services for the benefit of all countries and all sectors of society. Both provider and user community representatives agreed that the proposed Global Framework for Climate Services should enable better management of the risks of climate variability and change and adaptation to climate change at all levels.

The Global Framework will build on and strengthen existing local, national, regional and global networks of climate observation, monitoring, research, modelling and service programmes. It aims to achieve its goal through the enhanced role and involvement of national meteorological services and regional/global centres, as well as greater participation of other stakeholders and centres of excellence across relevant socio-economic sectors, particularly those in developing countries, least developed countries and small island developing states.

The Framework requires extensive collaboration among governments, intergovernmental and non-governmental organizations, civil society and the private sector, as well as universities and research institutions around the world. It also requires outreach to communities in all socio-economic sectors benefiting from the application of climate data and information in planning, policy and practice.

Implementing and operating the Framework will require continuation and enhancement of the broad collaboration and partnerships, centred around these entities. The support of the entire United Nations System and broad international communities will be critical in building the Global Framework for Climate Services.

The High-level Declaration adopted at WCC-3 calls for the establishment of a taskforce of high-level, independent advisers to be appointed by the WMO Secretary-General. The taskforce will convene wide consultations with governments, partner organizations and relevant stakeholders. WMO will set up a secretariat to support the taskforce in its work. That taskforce will prepare a report that recommends next steps for developing and implementing the Global Framework. The report will then be submitted to WMO Members, for consideration at the World Meteorological Congress in May 2011.