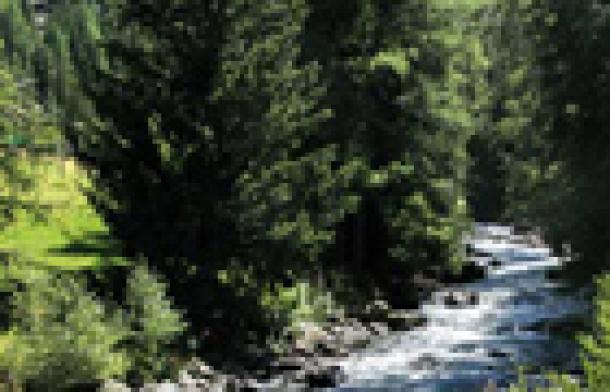 Water’s uniqueness as the fundamental limiting resource makes it a persistent aspect of political discourse. It is not surprising, therefore, to see recurrent surges of publicity attend water resource issues as chronic problems persist and troublesome new patterns emerge. Over the past decade, a number of challenges have been highlighted by governmental and non-governmental water organizations, advisory bodies, resource-management institutions and the scientific community. These include ensuring: a secure water supply—for drinking and sanitation, irrigated agriculture, aquatic ecosystems and economic development; the development and maintenance of an infrastructure to manage risks associated with floods, droughts and pollution events; and collaboration across sectors and boundaries; and creating public awareness and understanding of the limitations of the resource (Agarwal et al., 2000).

Curiously, however, what may be the most critical burgeoning challenge associated with water resources has received relatively minor attention, i.e. ensuring the adequacy, consistency and long-term maintenance of high-quality hydrological observations. Regardless of the specific water concern, effective and efficient monitoring of the quantity and quality of the resource (on the surface, in the ground, at an appropriate frequency and for a suitable time period) is a requisite. This article highlights some of the more notable concerns currently facing National Services that collect and manage hydrological data. For many National Services, these issues are particularly worrisome because of the unique role they play in the development and validation of new monitoring approaches, as well as in the management of monitoring networks within their respective nations.

The most widely discussed and documented challenge facing hydrological observations in recent years has been the persistent and pervasive trend toward declining networks. It is also a problem that impacts other challenges described in subsequent sections. Widespread fiscal constraints at the national level, coupled with political and institutional instability nationally and regionally, are generally cited as the cause. Yet the problem is not unique to poor or developing nations. Indeed, it is a significant issue in many developed countries. In the USA, for example, more than 2 200 long-record streamgauging stations were lost between 1980 and 2005, even though the total number of stations in operation remained relatively constant at about 7 000 (USGS, 2007). In this case, the problem was not an absolute loss of stations, but rather a more insidious loss of stations having at least 30 years of record. These are exactly the stations most needed for meaningful flood and low-flow frequency analyses, as well as for evaluating hydrological patterns and trends in the context of climatic variability and change.

Another example of network decline that is adversely affecting investigations of climate-related trends is in the pan-Arctic region, where Shiklomanov et al. (2002) reported that the number of hydrological stations had recently declined to that of the early 1960s. In Ontario, Canada, 67 per cent of river gauges were closed between 1986 and 1999, while, in the far east of Siberia, 73 per cent were closed during the same period.

These are troubling patterns because, even if stations can be re-opened or replaced at some point in the future, the break in long-term observations adversely affects our ability to develop robust statistics that are dependent upon consistent multi-decadal to centennial records.

Clearly, strategies need to be developed and implemented that preserve long-record hydrological stations in areas of vital national and international interest and that expand the number of stations in areas that currently are not monitored or that are inadequately monitored.

Matching the data collected to their intended use

Hydrological data are used for many purposes, from hazard warning and water supply forecasting to contaminant transport and aquatic habitat research. Many of the data have intrinsic utility, as collected, in many applications. River stage measurements at specific locations in real-or near real-time, for example, are perfectly suited to operational flood forecasting at or near those locations.

A number of applications, however, are constrained to use data that are not optimal for the intended purpose. A vexing current example is the use of mean daily and mean monthly discharge at stations having less than 30 or 40 years of record in the analysis of long-term trends that may be related to climatic change. Clearly, a meaningful assessment of such trends requires records of at least 100 years in length, particularly given the widespread appearance of long-term persistence in streamflow records (Cohn and Lins, 2005; Koutsoyiannis, 2003). Unfortunately, very few stations worldwide provide such records. This is also true for analyses of changes in the frequency and severity of floods and droughts that require specific information on precipitation and discharge extremes, monitored systematically and consistently over very long time periods in a wide range of hydroclimatic settings.

Other problems, such as non-point source contamination of streams due to nitrate-, pesticide-, and sediment-laden runoff can require hourly data because such contamination is closely associated with the timing of storms and resultant runoff. Moreover, issues such as these are complicated by the additional need for data at numerous spatial scales, because land use and farming practices exert a marked influence on the local variability in contaminant loading.

Currently, water-quality constituents are only sparsely monitored in both space and time, as this type of monitoring is generally much more expensive than streamgauging, because samples must be chemically analysed in laboratories. Clearly, therefore, matching the data being collected to the problem being addressed requires observational systems that operate consistently and reliably over very long and very short time-scales and at large to small spae-scales: a daunting and expensive prospect.

As understanding of the interactions of physical, chemical and biological processes in water has expanded over the past four decades, so too has the complexity of the monitoring of these processes. Whereas, prior to the early 1960s, hydrological monitoring focused primarily on streamflow, sediment transport and groundwater levels, the emphasis has shifted today toward water quality as the problems associated with contamination have become more manifest. This shift has dramatically expanded the number of variables being observed, particularly of anthropogenic compounds in water and sediment, as well as aquatic organisms.

Increasingly, National Hydrological Services and related environmental services are being charged with providing observational data to support national water-quality regulations, restoration of aquatic ecosystems impacted by agriculture and the promotion of water resources sustainability (National Research Council, 2004). Providing the kind of enhanced chemical and biological observations necessary to meet these demands remains a challenge. Moreover, innovative techniques that are scaled appropriately for application to subcontinental watersheds are required and, unfortunately, such large-scale monitoring strategies are not yet mature enough to meet many current problems, much less new ones.

The increasing volume and types of hydrological information being transmitted to, and stored in, data centres increasingly in real-or near-real-time is creating significant problems related to data warehousing and dissemination. In nearly all nations, hydrological data are collected by more than one agency and often at different levels of government, from national to provincial to local. Typically, these arrangements have long historical precedents and result in widely varying capabilities for supporting user needs and with different rules for making data available.

Invariably, researchers and other data users find it difficult to locate and obtain consistent and comparable data, even within a single country. Given that the prospects are low for seeing a dramatic change in this situation in the near term, it would be particularly helpful if National Hydrological Services could develop online portals to their various hydrological databases.

No less a challenge is the free and unrestricted dissemination of hydrological data and information. National data policies often restrict data dissemination to regional or international data centres and, in many instances, require the data centre to obtain approval prior to providing data to requesting parties. The exchange of hydrological data is further complicated by non-standardized data formats and exchange protocols, as well as incompatibility in database standards and modes of access. With an eye to removing barriers to data exchange, Thirteenth World Meteorological Congress (1999) adopted a resolution on the exchange of hydrological data and products that provides an international reference in defining and implementing policies for the exchange of data and information. Even so, access to hydrological data is highly variable and fragmented, despite the encouraging services provided by organizations and activities such as the Global Runoff Data Centre and the Global Terrestrial Network.

Accounting for uncertainties in methods and networks

Given that hydrological forecasting relies heavily on measurements of multiple hydrological variables taken over long periods of time, decreases in the size and density of monitoring networks (as noted earlier) will necessarily increase forecast uncertainty. This points to a clear need for procedures to rescue and augment data. There is also a growing need for methods to validate and estimate the uncertainty of remotely sensed data, as these are becoming increasingly important contributors to hydrological analyses.

Hydrological observations are inseparable from the uses to which they are put. They are central to addressing water resources problems related to floods and droughts, agricultural sustainability and global climate change. The challenges to hydrological observations are daunting and include declines in monitoring stations, particularly long record stations; frequent mismatches between the types of data being collected and the uses to which they are being applied; significant growth in the number of monitored variables and the complexity of problems being addressed, particularly with respect to biological issues; difficulties in making the increasingly large amounts of data available quickly and efficiently; and the inveterate need to reduce predictive uncertainty by accounting for uncertainties in observing methods and networks.