Collaborative Research at the Intersection of Weather and Climate 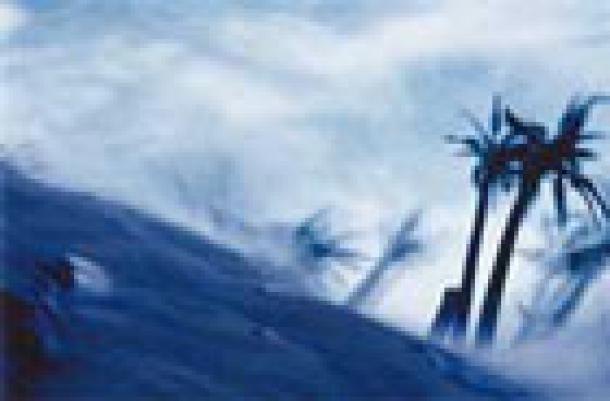 Collaborative Research at the Intersection of Weather and Climate

Weather and climate research at WMO

The Observing System Research and Predictability Experiment (THORPEX) is a part of the WMO World Weather Research Programme (WWRP). It was established by Fourteenth World Meteorological Congress (2003) as a 10-year international global atmospheric research and development programme under the auspices of the WMO Commission for Atmospheric Sciences (CAS). The aim of THORPEX is to accelerate improvements in the accuracy of one-day to two-week high-impact weather forecasts for the benefit of society, economy and the environment.

Common to these examples is the multiplicity of interacting scales associated with precipitating systems and the accompanying distinctive three-dimensional transports of mass, momentum and energy. The ubiquity of organized phenomena under-scores the necessity for representing dynamical coherence, upscale evolution, and regime-dependent transport in global models, since these aspects are not captured by contemporary parameterizations.

The effects of phase changes of water within organized convective systems are manifested on various temporal scales: from convective turnover and diurnal time-scales (hours to a day), to the time-scale of meso-convective organization (~days), to the residence time of water in the atmosphere (~2weeks). Thus, the behaviour and effect of phase changes of water and their association with convective organization is a fundamental research challenge affecting weather and also longer-term climate processes through the effects of humidity and clouds on cloud-radiation interaction.

Although the MJO is not the only manifestation of tropical multi-scale convective organization, it represents a critical mode of atmospheric variability that straddles the intersection of weather and climate (Shapiro and Thorpe 2004; THORPEX/ICSC 2005). The MJO dominates tropical variability on subseasonal time-scales. It has global influences through tropical/extra-tropical interactions and is directly involved with breaks in the Asian, Australian and African monsoons. The MJO is increasingly recognized as influencing high-impact weather events and climate variability on seasonal-to-interannual time-scales. Yet, adequate knowledge of the processes contributing to the initiation and maintenance of the MJO and realistic simulations and predictions remain major scientific challenges for the weather/climate community.

A crucial unknown is how the smaller scales interact to form self-reinforcing larger-scale organized systems, e.g. MJO, monsoons. It is recognized that tropical synoptic/meso-convective activity is often coupled to meridionally trapped modes of atmospheric variability idealized as Rossby gravity waves and Kelvin waves. Issues have been raised regarding:

The fact that the MJO spans a large range of spatial and temporal scales, from convective to planetary, means that traditional regional campaigns per se are no longer sufficient to fully document and/or predict the scope of MJO episodes. It is necessary to engage the full global observation and prediction systems along with the traditional regional campaigns such as the those described above. This observational prediction requirement was the basis of a recommendation of the THORPEX-WCRP international workshop reported on below; namely, to “develop an internationally coordinated, virtual computational-observational laboratory”. This concept has developed into a WCRP-THORPEX initiative: “Year of tropical convection (YOTC)”. It is summarized in Waliser and Moncrieff (2007).

Parameterized and explicit representation of convection

A long-standing shortcoming of weather forecast and climate prediction systems is their inadequate representation of subgrid-scale physics and the MJO is no exception. Figure 2 shows an example where an MJO disintegrates from a robust system in the analysis to a nonentity in the forecast in ~5 days. This issue is widely thought to be due to deficiencies in convective parameterization, although there is no fundamental proof of this conjecture. Simulations with Aqua-Planet models experience similar difficulties. Figure3 shows the minimal consistency of simulated convective organization in Aqua-Planet climate models having different convective parameterizations. Simulated systems propagate eastward, others westward and, most likely, none is truly an MJO. Moreover, the disparate spatial scales of the simulated convective organization shows that the simulations do not provide a correct scale selection.

Modern computers enable cloud-system resolving models (CRM; presently, non-hydrostatic models operating with a grid spacing of order 1km originally developed for process studies and idealizations) to have progressively larger computational domains and be run for progressively longer times. At a grid-spacing of a few kilometres, CRMs may represent mesoscale circulations explicitly but imperfectly represent cumulonimbus convection. In other words, CRMs incompletely capture the spatial hierarchy identified in the opening paragraph of the section “Observations, parameterized and explicit representation of convection, theoretical and idealized models”, specifically, the first of four key categories of convective organization. The effects of this truncation are not fully known and constitute an important research area.

The parameterization problem is unlikely to be solved through enhanced-resolution simulation alone. Idealized dynamical models quantify important issues, such as upscale energy transport associated with meso-convective organization and mechanisms at work in numerically simulated systems. For example, the non-linear mechanistic model of Moncrieff (2004) in which meso-convective organization interlocks with Rossby-gyre dynamics quantifies upscale transport and super-rotation properties of MJO-like systems generated by the Grabowski (2001) superparameterized simulation. The quasi-linear multi-scale model of Biello et al. (2006), based on the asymptotic perturbation theory of Majda and Klein (2003) and representing three categories of heating (deep convection, stratiform and congestus (Jonnson et al., 1999), shows that MJO-like systems can be generated by organized upscale momentum flux and heating. Figure 4 shows characteristic signatures of MJOs in this model:

Improved predictive skill for the MJO will ultimately need to be incorporated into next-generation ENSO prediction models. The fact that large-scale convective organization is significantly different in coupled atmosphere-ocean models compared to atmosphere-only models suggests that incomplete formulations of how boundary layers of the ocean and atmosphere interact lie at the heart of the MJO-ENSO interaction issue.

MJO and the extra-tropics

The influence of multi-scale convective organization is distinctly non-local. The subseasonal to interannual variability of tropical convection has a profound influence on synoptic-scale Rossby-wave dispersion into the extra-tropics and on planetary-scale circulation anomalies such as the Pacific North-American oscillation (PNA), the Arctic Oscillation (AO) and North Atlantic Oscillation (NAO). Studies such as Ferranti et al. (1990) suggest that a successful representation of tropical convection in weather and climate models will lead to improved mid-latitude predictive skill at week-2 and beyond. Global CRMs and superparameterization can address a primary objective of THORPEX/WCRP: the two-way interaction between the tropics and the higher-latitudes sketched in Figure 5.

The initiation and maintenance of planetary waves by organized convection, as a two-way interaction between tropical and extra-tropical circulation, are crucial to more skilful prediction in the week-2 timeframe. For example, tropical cyclones influence the extra-tropics through their direct migration polewards into the mid-latitude storm tracks and/or poleward Rossby-wave dispersion. Similarly, Kiladis (1998) has shown that Rossby waves propagating from higher latitudes can excite tropical convection. The challenge of improving the representation of convection, its organization and interaction with the regional-to-global scale circulations for weather and climate prediction systems cannot be over-emphasized.

The workshop break-out groups identified the following two major objectives as a basis for advancing observing, modelling and predicting the MJO and its socio-economic implications, and the design of forecast demonstration projects:

The following items were identified as collaborative THORPEX/WCRP activities:

There has been considerable activity since the THORPEX-WCRP workshop, as follows:

Two position papers have been commissioned by THORPEX and WCRP to address the broader aspects of collaborative research of weather/climate and its intersection with the Earth system. The first paper, referred to as THORPEX/WCRP White Paper 1, is directed toward the weather/climate/socio-economic communities and their supporting agencies. This effort will propose specific collaboration between THORPEX and WCRP involving high-priority issues on numerical prediction and modelling, data assimilation, observations from weeks to seasons and socio-economic assessments and applications.

A second paper being prepared to inform policy-makers, national academies of science and users of weather, climate and environmental information of the urgent necessity for establishing an international multidisciplinary research agenda to accelerate advances in predicting high-impact weather and climate events, knowledge of complex interactions in the biological-chemical Earth System, and hence improved decision-making.

This paper summarizes the challenge of advancing the knowledge of tropical convection, multi-scale convective organization and mechanisms of two-way interaction with the extra-tropics, within the framework of a THORPEX/WCRP collaborative research initiative. Meeting this challenge is a critical step toward improving present medium-range numerical prediction skill and its extension into subseasonal time-scales and beyond. The activities described show timely progress towards this lofty goal.

We thank Gilbert Brunet, Duane Waliser and Huw Davies for their helpful comments.