Evolution of Climate in Response to Human Activity 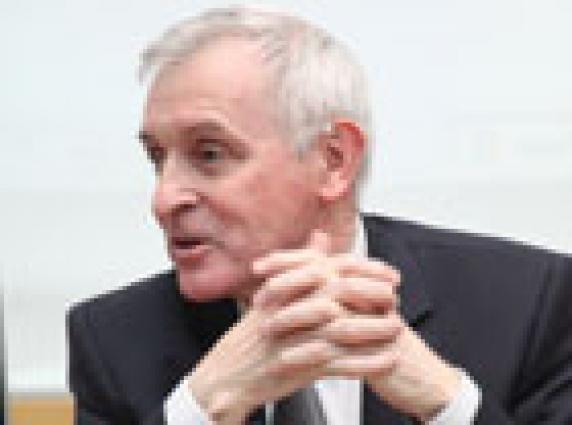 Evolution of Climate in Response to Human Activity

It is useful to recall what scientists have said about the evolution of our climate in response to the increased greenhouse effect caused by human activity. I will, therefore, recall the findings of the Fourth Report of the Intergovernmental Panel on Climate Change (IPCC) published in 2007 (AR4) and of the Special Report on Extreme Events (SREX).2 The conclusions presented in the summary report for decision-makers, entitled Managing the Risks of Extreme Events and Disasters to Advance Climate Change Adaptation, were approved in spring 2011; they seem particularly relevant in the context of our symposium.

Hydro-meteorological Information: a Tool for Social and Economic Development? 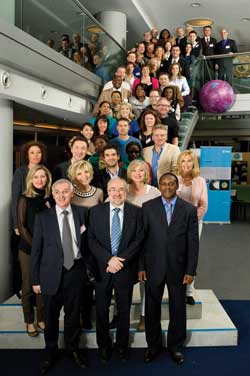 The French Meteorological Society held a two-day international symposium at WMO headquarters on 21 and 22 March entitled “Hydro-meteorological Information: a Tool for Social and Economic Development?”

Recent studies have underlined that hydro-meteorological information can yield economic and social benefits and gains in terms of security and quality of life. This is true for industrialized countries as well as for developing and emerging countries. However, weather forecasts and hydrological information, though a part of daily life in industrial countries, are largely absent from developing countries. Investing in the hydro-meteorological sector thus would be a good way of accelerating economic development and growth, and of alleviating poverty.

The symposium gathered experts and operational managers to discuss the financial and technical needs to produce quality hydro-meteorological information (observations and forecast) and to assess the social and economic benefits of these services to various economic sectors, such as health, risk management, insurance, industry, energy and agriculture. Presentations also looked at the solutions and options for developing sustainable hydro-meteorological services.

The fourth IPCC report confirms some of the truths about climate change, but it also clearly reiterates that questions remain and that major uncertainties surround many aspects of our climate.

The first thing we can be sure of is this: the composition of the atmosphere is definitively affected by human activities. Since 1750, the quantity of methane in the air has multiplied by 2.5, due essentially to the intensification of agriculture and cattle-raising. The use of fossil fuels – together with deforestation – is largely responsible for the observed increase in carbon dioxide, which since the beginning of the industrial era (around 1750) to 2012 has increased 40 per cent, whereas fossil fuels – together with agricultural/farming practices – have caused a nearly 20 per cent increase in nitrous oxide. By absorbing infrared radiation, those gases increase the greenhouse effect, also aggravated by other compounds such as ozone and chlorofluorocarbons. There is no doubt about the anthropogenic origin of the changes observed, which are very well-documented (water vapour is also a greenhouse gas but its concentration in the atmosphere is not directly affected by human activities).

The second AR4 finding is also a certainty: “warming of the climate system is unequivocal.” Apart from 1996, each year between 1995 and 2007 has been warmer than any other in over 140 years. This global warming has occurred in two stages: from 1910 and 1945, then the second began in 1976. Since then, temperatures have increased at a rate three times faster than that recorded in the rest of the twentieth century. The plateau observed in the last ten years does not reopen the question of global warming – 2010 was the warmest year on record and though temperatures did drop slightly in 2011 that was only due to a significant La Niña event (Figure 1). A number of observed phenomena – such as the warming of ocean waters, increased water vapour in the atmosphere, the accelerated melting of most mountain glaciers, rising sea levels due also to the melting of the Greenland and West Antarctic ice sheets, and the retraction of the maximum snow cover in the northern hemisphere and of the minimum Arctic Ocean ice surface – confirm unequivocally that the Earth is getting warmer.

This double statement – the greenhouse effect is increasing and global warming is real – does not imply a causal relationship. In order to establish a link between global warming and human activity, we must distinguish between climate changes due to natural causes, which have always existed and will always exist, and those possibly caused by human activities. Have we already changed the Earth’s climate? The IPCC has studied this question and the answer has evolved with each new report, following confirmation of global warming and thanks to a better understanding of its causes in the scientific community. No link was established in the first report published in 1990, but it was suggested for the first time in 1995: “a number of elements suggest a perceptible influence of human activity on global climate”. This diagnosis was confirmed in 2007: “Most of the observed increase in global average temperatures since the mid-20th century is very likely due to the observed increase in anthropogenic greenhouse gas concentrations.” A slight doubt remains, but for the meteorological scientific community no doubt subsists that we are definitely living in a world where human activities have already changed the climate.

Another certainty: the climate will continue to get warmer. Without underestimating the impact of other compounds, we cannot but note that the Earth’s net radiation depends largely on emissions of carbon dioxide (CO2). Apart from being the main cause of the increased greenhouse effect, carbon dioxide remains in the atmosphere for a long time. Economists have suggested different future scenarios that would take into account all greenhouse gases and sulphurous aerosols whose radiative effect is negative. By 2100, the lowest emissions scenario would feature an average warming of approximately 1.8°C; this figure would rise to 4°C in the highest emission scenario. With regard to a specific economic scenario, significant uncertainties remain because of our, still, limited knowledge of certain climatic processes. Therefore, in the highest emission scenario, the average warming would be between 2.4 and 6.4°C, while the full prediction range would be between 1.1 and 6.4°C.

Though we know that global warming is inevitable, there is still a lot we do not understand about how it will happen. Many aspects remain unclear: the role of aerosols, the regional characteristics of climate change and climate variability, the occurrence of extreme events, the importance of sea level rise, the risk of unknown climatic events, and the interactions between biogeo­chemical cycles and climatic change. However, the IPCC deems the projections on other climatic variables reliable: increased precipitation at high latitudes and decreased precipitation in subtropical regions, wind changes, a likely intensification of tropical cyclones, heat waves, heavy rainfalls, retraction of the snow cover, decrease of sea ice, irreversible sea-level rise … if we are not careful, that is what our world will look like at the end of the century and beyond. The sea level could thus rise by 60 cm or more by 2100.

The multiple effects of these changes will increase with rising temperatures, and so will various extreme events, which will cause greater damage. The first findings of the SREX, which focuses on extreme events, rely on observations made since 1950. These suggest, albeit with a limited degree of certainty, that certain extreme values are changing. Thus, on a global scale, the number of cold days and nights has decreased whereas that of warm days and nights has increased and, depending on the region, more heat waves, more severe droughts and a greater number of heavy rainfall episodes have been observed. Moreover the SREX indicates that there are reasons to believe that some of these changes are due to human activities.

A significant part of the report covers future trends in extreme climatic events for different emission scenarios. Thus, models project a noticeable rise in extreme temperatures resulting in the increased duration, frequency and/or intensity of heat waves. As Figure 2 shows, an extremely hot day, which once recurred every 20 years, will recur every 2 years from now until the end of the century (A1B and A2 scenarios). By then the frequency of heavy precipitation, or their incidence in the torrential rainfall, will probably have increased in most regions while in other areas droughts will become more severe in certain seasons due to decreased rainfall and/or to higher evapotranspiration. The maximum average wind speed associated with tropical cyclones will probably also increase.

The SREX does not deal exclusively with the observations and projections related to extreme climatic events. It also looks at their impact on sectors that are closely connected with climate, such as water resources, agriculture and food production, forestry, health and tourism as well as at losses resulting from the disasters caused by those extreme events. Finally, the report mentions the many strategies to adapt to global warming and deal with the risk of climatic extremes and disasters.

To conclude, I would like to mention that hazards induced by global warming and related extreme events should be easier to manage since we will be able to check future warming by adopting an ambitious worldwide strategy to curb and, subsequently, cut emissions of greenhouse gases.