The Global Climate System in 2006 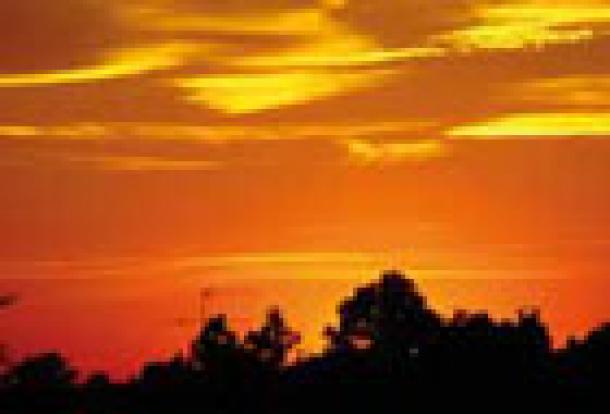 The Global Climate System in 2006

The analyses made by leading climate centres indicate that the global mean surface temperature in 2006 was 0.42°C to 0.54°C above the 1961–1990 annual average. Accordingly, 2006 will most likely go down as the sixth warmest year on record. December 2006 was the warmest December since global surface records were instituted.

Based on the Hadley Centre analyses, 2006 surface temperatures averaged separately for both hemispheres were 0.59°C above the 30-year mean of 14.6°C/58.28°F for the northern hemisphere, which was the fourth warmest year on record, and 0.26°C above the 30-year mean of 13.4°C/56.12°F for the southern hemisphere respectively, for the eighth warmest year on record. The global average temperature anomaly for December was +0.54°C.

All temperature values have uncertainties, which arise mainly from gaps in data coverage. The size of the uncertainties is such that the global average temperature for 2006 is statistically indistinguishable from, and could be anywhere between, the first and the eighth warmest year on record.

Warmer-than-average conditions occurred throughout most land areas of the world. The largest anomalies were observed throughout the high-latitude regions of North America and Scandinavia, and in China and Africa. Temperatures in these regions were 2–4°C above the 30-year mean. The only widespread area of negative anomalies occurred in the central part of the Russian Federation.

The year 2006 marked the warmest year in the 348 years of the Central England temperature series, with also the warmest July and September ever. In the USA, the average annual temperature for 2006 was nearly identical to the record set in 1998. Australia’s mean temperature for the year was 0.47°C above the 1961–1990 mean, making it the 11th warmest year on record. In terms of area, 70 per cent of the continent experienced above-normal temperatures during 2006.

The beginning of 2006 was unusually mild in large parts of North America and the western European Arctic islands, although there were harsh winter conditions in Asia, the Russian Federation and parts of eastern Europe. Canada experienced its mildest winter and spring on record, and the monthly temperatures on the Arctic island of Spitsbergen (Svalbard Lufthavn) for January and April included new highs with anomalies of +12.6°C and +12.2°C, respectively.

Persistent extreme heat affected much of eastern Australia from late December 2005 until early March with many records being set, with, for example, the second hottest day on record in Sydney: 44.2°C/111.6°F on 1 January. Heat waves were also registered in Brazil from January until March: one of the highest temperatures ever recorded there was 44.6°C/112.3°F in Bom Jesus on 31 January.

Several parts of Europe and the United States experienced heat waves with record temperatures in July and August. Air temperatures in many parts of the country reached 40°C/104°F or more. The July European average land-surface air temperature was the warmest on record at 2.7°C above the climatological normal.

Spring 2006 (September–November) was Australia’s warmest since seasonal records were first compiled in 1950.

Autumn 2006 (September–November) was exceptional in large parts of Europe at more than 3°C warmer than the climatological normal from the north side of the Alps to southern Norway. In many countries it was the warmest autumn since official measurements began: records in central England go back to 1659— and as far back as 1706 in the Netherlands and 1768 in Denmark. December also was extraordinarily mild in Europe; in Germany it was the third warmest December since measurements began in 1901, with an anomaly of +3.4°C.

The Alpine region experienced a distinct delay of the snow season, receiving up to 60 per cent less snowfall in parts of the mountains until the end of November.

Prolonged drought in some regions

Long-term drought continued in parts of the Greater Horn of Africa, including parts of Burundi, Djibouti, Eritrea, Ethiopia, Kenya, Somalia and the United Republic of Tanzania. At least 11 million people were affected by food shortages; Somalia was hit by the worst drought in a decade.

For many areas in Australia, the lack of adequate rainfall in 2006 added to significant longer-term dry conditions, with large regions having experienced little recovery from the droughts of 2002–2003 and 1997–1998. Dry conditions have now persisted for 5-10 years over large parts of eastern Australia and in south-west Western Australia for around 30 years.

Across the USA, moderate-to-exceptional drought persisted throughout parts of the south-west desert and eastward through the southern plains, also developing in areas west of the Great Lakes. Drought and anomalous warmth contributed to a record wildfire season in that country, with more than 3.9 million hectares burned in 2006. Drought in the south of Brazil caused significant damage to agriculture in the early part of the year with losses of about 11 per cent estimated for the soybean crop yield alone.

Severe drought conditions also affected China. Millions of hectares of crops were damaged in Sichuan province during the summer and in eastern China in autumn. Significant economic losses, as well as severe shortages in drinking-water were other consequences.

For land areas, global precipitation in 2006 was much above the 30-year mean, the largest value in five years.

Drier-than-average conditions were widespread across the US Great Plains and Gulf Coast regions, the western coast of Canada and large parts of Australia. Conversely, north-east USA and India experienced wetter than average conditions.

In northern Africa, floods were recorded in Morocco and Algeria during 2006, causing infrastructure damage and some casualties. Rare heavy rainfall in the Algerian Sahara Desert produced severe flooding in February, affecting 50 000 people. In Bilma, Niger, the highest rainfall since 1923 affected nearly 50 000 people throughout August. In the same month, the most extensive precipitation in 50 years brought significant agricultural losses to the region of Zinder, Niger. Heavy rain also caused devastating floods in Ethiopia in August, claiming more than 600 lives. Some of the worst floods occurred in Dire Dawa and along the swollen Omo River. Again in October until early December, the Greater Horn of Africa countries experienced heavy rainfall associated with severe flooding. The worst hit areas were in Ethiopia, Kenya and Somalia. Somalia faced its worst flooding in recent history; some places received more than six times their average monthly rainfall and hundreds of thousands of people were affected. The 2006 floods are said to be the worst in 50 years in the Greater Horn of Africa region. The heavy rains followed a period of long-lasting drought and the dry ground was unable to soak up large amounts of rainfall. As the 2005–2006 rainy season was ending, most countries in southern Africa were experiencing satisfactory rainfall during the first quarter of 2006.

Heavy rainfall in Bolivia and Ecuador in the first months of the year caused severe floods and landslides with tens of thousands of people affected. Torrential rainfall in Suriname during early May produced the country’s worst disaster in recent times, destroying approximately 70 per cent of the crop.

After 500 mm of torrential rainfall during a five-day period in February, a large-scale landslide occurred in Leyte Island, the Philippines, with more than 1 000 casualties. Although close to average in total rainfall, the Indian monsoon season brought many heavy rainfall events with the highest rainfall in 24 hours ever recorded in several locations. During the last 10 days of December, heavy rains in Indonesia’s Aceh province produced severe flooding that displaced more than 100 000 people. Heavy rainfall in southern Malaysia forced the evacuation of tens of thousands of people in the same month.

Only months after the destructive summer flooding in eastern Europe in 2005, heavy rainfall and snowmelt produced extensive flooding along the Danube River in April and the river reached its highest level in more than a century. Areas of Bulgaria, Hungary, Romania and Serbia were the hardest hit with hundreds of thousands of hectares inundated and tens of thousands of people affected.

Persistent and heavy rainfall from 10 to 15 May brought historic flooding to New England in the USA, described as the worst in 70 years in some areas. Across the US mid-Atlantic and north-east, exceptionally heavy rainfall occurred in June. Numerous daily and monthly records were set and the rainfall caused widespread flooding, which forced the evacuation of some 200 000 people. Vancouver, Canada, experienced its wettest month ever in November with 351 mm, nearly twice the average monthly accumulation. Seattle, USA, also experienced its wettest month in 115 years of record: 396 mm in November.

In the North-west Pacific, 15 typhoons developed with wind speed higher than 118 km/h among 23 named tropical cyclones of an average 27. Typhoons Chanchu, Prapiroon, Kaemi, Saomai, Xangsane, Cimaron and tropical storm Bilis brought deaths, casualties and severe damage to the region. Landed tropical cyclones caused more than 1 000 fatalities and economic losses of US$ 10 billion in China, which made 2006 the severest year in a decade. Typhoon Durian affected some 1.5 million people in the Philippines in November/December 2006, claiming more than 500 lives with hundreds missing.

Conditions in the equatorial Pacific from December 2005 until the first quarter of 2006 showed some patterns typically associated with La Niña events. These, however, did not lead to a basin-wide La Niña and, during April, even weak La Niña conditions dissipated. Over the second quarter of 2006, the majority of atmospheric and oceanic indicators reflected neutral conditions but, in August, conditions in the central and western equatorial Pacific started resembling typical early stages of an El Niño event. By the end of the year, positive sea-surface temperature anomalies were established across the tropical Pacific basin and a moderate El Niño episode had developed.

Ozone in the Antarctic and Arctic

On 25 September, the maximum area of the 2006 ozone hole over the Antarctic was recorded at 29.5 million km², slightly larger than the previous record area of 29.4 million km² reached in September 2000. These values are so similar that the ozone holes of these two years could be judged of equal size. The size and persistence of the 2006 ozone hole area, with its ozone mass deficit of 40.8 megatonnes, also a record, can be explained by the continuing presence of near-peak levels of ozone-depleting substances in combination with a particularly cold stratospheric winter. Low temperatures in the first part of January prompted a 20 per cent loss in the ozone layer over the Arctic in 2006. Milder temperatures from late January precluded the large ozone loss seen in 2005.

Note: Following established practice, WMO’s global temperature analyses are based on two different data sets. One is the combined data set maintained by the Met Office Hadley Centre, and the Climatic Research Unit, University of East Anglia, United Kingdom. The other is maintained by the US Department of Commerce’s National Oceanic and Atmospheric Administration (NOAA). Both centres use improved temperature analyses, but different methodologies. Hadley Centre analyses showed that the global mean surface temperature in 2006 was 0.42°C above the 1961–1990 annual average (14°C/57.2°F) and hence marks the sixth warmest year on record. According to the National Climatic Data Center, the global mean surface temperature anomaly was +0.54°C, which ranks 2006 the fifth warmest year in their record.