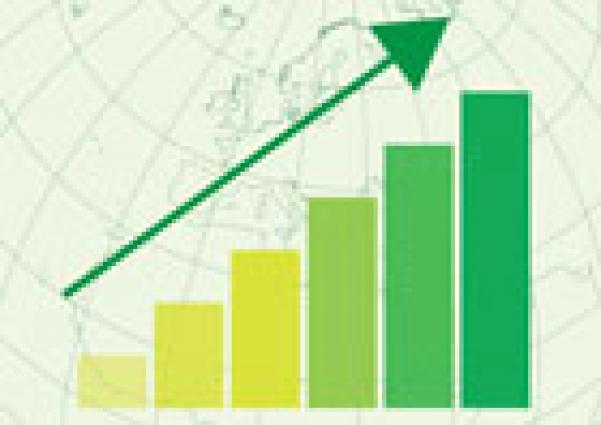 What is it and what are its aims?

The Green Climate Fund is being set up as the global channel through which most climate finance will flow. It is the intended distribution mechanism for US$ 100 billion in assistance, which developed countries have pledged to mobilise for developing nations annually by 2020. The new fund is intended to simplify the current complex network of funding mechanisms and bilateral agreements that provide low carbon and climate adaptation investment for developing countries.

The aims of the Green Climate Fund are:

WMO encouraged its Members to support the Green Climate Fund at the United Nations Conference on Sustainable Development (Rio+20), held in Rio, Brazil, from 20–22 June 2012.

WMO recognizes the importance of strengthening the scientific, technological and innovation capacities of countries to promote sustainable development. However, further investments must be made into improving infrastructure at both national and regional and/or sub-regional levels as appropriate for observation, data management and processing, as well as the downscaling of climate predictions, to name but a few investment needs.

The Green Climate Fund should be used to support such infrastructure development and would help scale up scientific and technical capabilities and use of technology transfer especially in developing countries.

Development of the Green Climate Fund

The 194 parties to the United Nations Framework Convention on Climate Change (UNFCCC) agreed on the formal launch of the Green Climate Fund at the Durban 2011 Conference of the Parties (COP) in December. The Copenhagen 2009 COP had first committed to provide developing countries with up to US$ 100 billion a year in funding from 2020 onwards to help them decarbonise their economies and adapt to climate change. Then, following the Cancun 2010 COP, which agreed that work would begin on the creation of a Green Climate Fund, the UNFCC appointed a “Transitional Committee” to the task. The Transitional Committee, supported by seconded staff from the United Nations and other international institutions, provided the impetus for the formal launch of the Green Climate Fund in Durban.

An interim Green Climate Fund Secretariat has now commenced work and regional groups are negotiating on who will represent them on the Governing Board, which will include 12 seats for representatives of developing countries and 12 for developed countries. Nominations for membership of the Board were submitted during the first Board meeting held from 31 May to 2 June 2012 in Geneva, Switzerland.

How will the fund be financed?

Financing is a major issue. The actual volume of finance that will be available through the Green Climate Fund mechanism remains uncertain. The Republic of Korea, Denmark, Switzerland and Germany have pledged assistance, including financing totalling more than EUR 55 million in contributions, to the start-up costs of the Fund.

The Durban COP did not secure commitments for sustained financial contributions – long-term financing is still addressed in general terms. The Durban agreement does not create any obligations for developed countries to contribute funding (Report of the High Level Advisory Group on Climate Finance).

Once established, the Board of the Green Climate Fund will be accountable to the UNFCCC COP and will includes seats (the number has not yet been determined) for private sector and civil society observers. A UNFCCC standing committee will be created to review activities and provide independent guidance.

How will the Green Climate Fund be accessed?

Like the Adaptation Fund, recipient countries will designate national authorities to review and endorse proposed projects. The Green Climate Fund will allow recipient countries access through accredited National Implementing Entities, but also work through Multilateral Implementing Entities. A private sector facility that can provide financing directly to private business will also be created.

WMO became accredited to the Adaptation Fund as a Multilateral Implementing Entity in December 2010. The accreditation authorizes WMO to propose adaptation projects on the behalf of its eligible Members. Eligible Members are those countries included in the list of “Non Annex 1 Parties to the Convention.”

Information adapted from content of reports and statements made through UNFCCC www.unfccc.int and www.businessgreen.com.