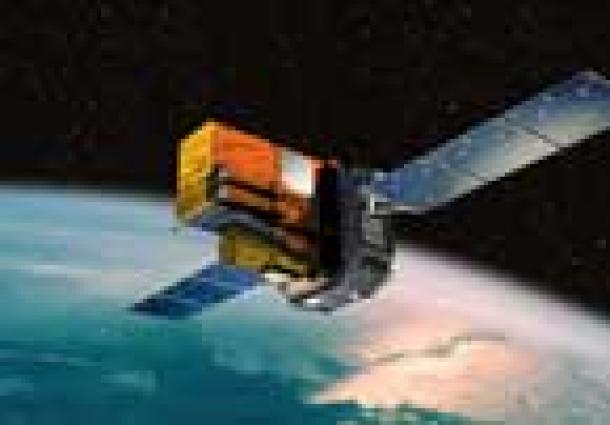 The lack of reliable, frequently updated information on the Earth’s polar ice caps is a significant problem for weather forecasting, affecting forecast skill for the entire planet. The poor numerical weather prediction (NWP) skill for the Arctic region and the Earth’s northern territories is caused primarily by errors in determining initial conditions, which depend on the quality of initial data. Until now, initial data have been received from meteorological geostationary satellites, which are not very effective in scanning high latitudes and polar-orbiting satellites with inadequate refresh rates. It is therefore vital to ensure regular reception of integrated satellite information on the Arctic region in order to address the most pressing hydrometeorological, geophysical, geochemical, ecological and disaster-related tasks in this area.

Of course, the methods used to analyse hydrometeorological fields in modern numerical weather prediction systems are universal and their accuracy should not depend on one particular region. However, acquiring highly accurate initial conditions (particularly wind vectors) would be possible only with additional effective observations made at high latitudes. It has therefore been suggested that demonstration of a hydrometeorological system of satellites on highly elliptical orbit (HEO), called the “Arctica” system, should be created to provide the necessary complex information for the difficult tasks involved in developing the whole Arctic region.

Significantly, the hydrometeorological observations carried out in the Arctic within the framework of the International Polar Year 2007-2008 are not provided with remote-sensing data received simultaneously and quasi-continuously throughout the Arctic region.

To develop the Arctic region as a whole, improvement is needed in the following:

Further progress in global and regional numerical weather prediction depends to a large extent on:

Over the past few years, the intensification of weather and climate anomalies has made the task of increasing the reliability of medium- and long-range weather forecasts even more crucial.

As of 2002, initial data from the basic geostationary satellites have been supplemented (at first experimentally but later operationally) by calculations of wind field vectors in polar areas (latitudes higher than 65°N) using Moderate Resolution Imaging Spectroradiometer (MODIS) observations from the low-orbiting Terra and Aqua Earth Observing System satellites (US National Aeronautics and Space Administration (NASA)).

Experimental use of MODIS data, despite their local character, low updating frequency and other disadvantages when compared with geostationary data, has resulted in a steady increase in the accuracy of numerical weather predictions. Moreover, a positive impact has been noticed not only for high-latitude regions, but also for extra-tropical parts of the whole forecast area. It has also been found that MODIS-derived data on “polar” winds are most useful in the event of “bad” forecasts.

This research was carried out at the Goddard Space Flight Center (GSFC) and NASA’s Jet Propulsion Laboratory and the results have been reported at international conferences on satellite meteorology and meetings of the International Working Group on Satellite Methods of Wind Vector Evaluation.

Significant time lapse (up to 100 minutes) between observations on two consecutive passes (it takes about 2.5 hours to receive a triplet of images, as opposed to 0.5 hours with geostationary satellites);

Need for highly accurate geographical referencing procedures and “correction” of images, in other words: bringing the images into nominal form.

The effectiveness of the long-term system of Arctic drifting buoys and the network of automatic weather stations in northern countries will be largely determined by the possibilities for efficient data transfer from these platforms to regional and national hydrometeorological centres.

Over the past few years, therefore, the Meteorological Services and Space Agencies of Canada, the European Union, the Russian Federation and the USA have become increasingly interested in the development of satel­lite hydrometeorological sys­tems on highly elliptical orbits (peri­gee ≈1 000 km; apogee ≈40 000 km; inclination ≈63°; orbital period ≈12 hours).

Highly elliptical orbits with an apogee of ≈40 000 km and an orbital period of 12 hours are preferred because they permit the use of scanner-imagers from geostationary satellites with slight improvements and have a fairly long useful lifetime (≈7 years), owing to more favourable radiation conditions. These orbits have been given the name “Molniya”5-type orbits because of their priority and considerable experience of the Russian Federation in launching satellites of the same name on these orbits.

The main aim of putting these systems on highly elliptical orbits is to have quasi-continuous satellite hydrometeorological data (particularly on the so-called “polar” wind vectors) covering territories at latitudes higher than 60°N within the Earth‘s Arctic region (polar cap) using instruments similar to the modern imagers on basic meteorological geostationary satellites.

Roscosmos and Roshydromet propose to create and introduce the Arctica highly elliptical orbit satellite system to demonstrate monitoring hydrometeorological conditions in the Arctic region and within the Earth’s northern territories (at latitudes higher than 60°N), using the current scientific and technological surface-based infrastructure.

The design of the Arctica system was outlined in the joint report by the Roscosmos and Roshydromet delegations to the seventh session of the WMO Consultative Meetings on High-level Policy on Satellite Matters in January 2007 and Fifteenth World Meteorological Congress in May 2007.

As recorded in the minutes of the first meeting of the WMO International Working Group to establish possible international cooperation on the Arctica project, held in April 2007, it was recommended that this project be discussed further within the framework of the international GEOLAB project.

The advantages of highly elliptical orbits over geostationary orbits for Arctic observations are shown in Figure 1.

The Arctica system’s functionalities would complement those of exist­ing international geostationary meteo­ro­logical satellites, whose data, according to WMO, form the basis for continuous global Earth observations in the 21st century. Its main function is the operational reception of hydrometeorological information (wind speed and direction, cloud parameters, precipitation, ice cover, etc.) in the Arctic region as input to weather analysis and forecasting. In addition, the system is designed to collect and relay information from land-, sea-and air-based observing platforms and to exchange and disseminate processed hydrometeorological data on the Artic region.

Data from the Arctica system can be used as background characteristics for information received from other remote-sensing space systems which do not have such strict require­ments for uninterrupted global observations.

Hydrometeorological monitoring of the northern territories with an imaging frequency and data quality similar to those obtained with geostationary satellites requires a space system with two satellites on highly elliptical orbits with the following nominal parameters:

Figure 2 shows the working orbits of the Arctica satellites.

The proposed Arctica system, together with the basic international meteorological geostationary satellites, would permit global monitoring of the whole Earth, with the exception of the Antarctic, although even this task could be covered by increasing the number of HEO satellites to four and selecting appropriate orbits.

The Arctica space system consists of two satellites on HEOs, a ground-based complex for the reception, processing and distribution of satellite data with data reception points and a surface-based satellite control complex. The Arctica system’s surface-based resources consist of a series of centres distributed across the area for the reception, processing and distribution of information to users. It is intended to create the Arctica satellites using the scientific and technological reserves of the S.A. Lavochkin Scientific Production Association and the “Planeta” Research Centre for the hydrometeorological geostationary satellite Electro-L, which is in the final stage of development.

The payload of the Arctica satellites includes:

This payload is not definitive and will be fine-tuned, following suggestions from the project participants. At the time of writing, the possibility of including a multichannel panoramic video monitor developed by scientists at the University of Calgary (Canada) and the Finnish Meteorological Institute was being studied. A multi-channel panoramic video monitor in the ultraviolet spectrum with Molniya-type orbits will provide many northern hemisphere images of the northern lights area and the polar cap during more than 60 per cent of the mission.

It is planned to adapt the special instruments for the Electro-L satellite to meet the needs of the Arctica satellites, which, taking into consideration experiments to obtain wind vector evaluations from geostationary satellite data and MODIS data in the visible and infrared ranges of the spectrum, will have the following characteristics:

The heliogeophysical instrument complex measuring the characteristics of radiation from the Sun, as well as radiation and magnetic conditions at the height of the orbit, includes seven sensors:

The Arctica space system with the above characteristics could be created through collaboration between Roscosmos (the S.A. Lavochkin Scientific Production Association) and Roshydromet (the Planeta Research Centre). Roscosmos and Roshydromet are prepared to participate in further discussions with IGEOLAB about the details of possible international collaboration, which could result in the creation of the Arctica space system within four years.