Images of change: A photographer documents a warming world 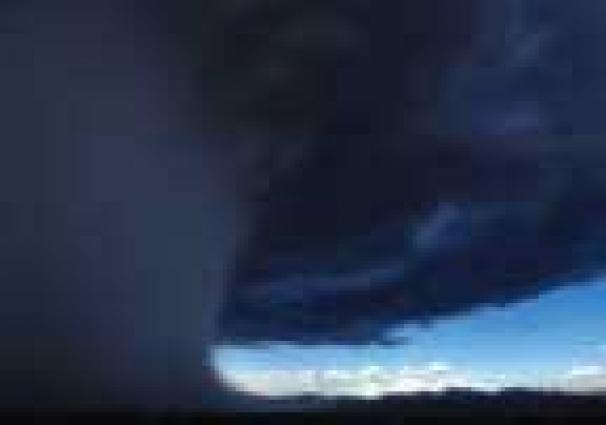 Images of change: A photographer documents a warming world

Images of change, of scientists at work, of people already on the edge of climate change – these give needed background to weather news and climatology research. They can provoke public discussion and political decision-making. Excellent, well-planned and science-driven photography is an essential tool for climate and weather services worldwide.

Pictures are not science; they can, however, provide direct evidence that global warming is happening now, all over the world. It is important to document this decisive, overarching event of the twenty-first century – one with no equal in the previous centuries of human civilization. This is truly a global change. Fortunately, there is a great deal we can do, and many of us have already begun.

Images capture people’s interest and graphically show the locations of climate change effects, making them excellent tools – and models of communication – for meteorologists and weather services.

The National Environmental Education Association’s Earth Gauge programme is an example of a free information service to help weathercasters communicate links between weather, climate and environment. Through photographic collaboration, people in Miami, say, better understand that they are in the same situation as people in Bangladesh, the Netherlands, Alaska and Tuvalu who are already being displaced by sea level rise.

My work as a journalist and environmental photographer brought me to the subject 11 years ago, when I gained my first independent funding from a small environmental foundation for World View of Global Warming. This science-based photojournalistic project about climate change is witness to the science, evidence in words and pictures of signifcant change to people and landscapes, and a chronicle of solutions being undertaken.

Gary Braasch, a conservation photographer and photojournalist, has documented environmental issues from the eruption of Mount St. Helens and the ancient forests of the West coast of North America to global climate change. His photographic assignments have appeared in National Geographic, Scientific American, Life and other major magazines. He established World View of Global Warming, a unique documentation of climate change and science.

Mr. Braasch is the 2006 recipient of the Ansel Adams Award for Conservation Photography by the Sierra Club and a founding Fellow of the International League of Conservation Photography. His book Earth Under Fire: How Global Warming is Changing the World (University of California Press) was updated in paperback and e-book form in 2009. His book for middle school children and teachers, How We Know What We Know About Our Changing Climate (Dawn Publication 2008) has won 15 major awards for children’s and educational science writing. Mr. Braasch holds an MS in Journalism from Northwestern University.

The aim is to educate, inspire and influence the public, policy makers and young people about the science of climate change and its full meaning. The photos report what scientists are seeing and document locations they found were already changing under the influence of global warming. I met many people who were living at risk from impacts of climate change, and images of them became important in the work. The many technological and community solutions to ever-increasing carbon emissions also became a feature, because we must be able to visualize the future that is upon us.

There is great scope for scientific agencies to work with photographers across the globe to communicate science. In this case, the reporting has spanned areas from the Arctic to the Antarctic, from beneath sea level to above 5 000 metres (15 000 feet) in the Andes, and 25 countries on all continents. The photos have been displayed in exhibitions in the USA at the American Association for the Advancement of Science in Washington DC, at the Field Museum in Chicago and Minnesota Science Museum and at the Environmental Protection Agency, and featured by the United Nations in calendars and postage stamps. Perhaps most importantly, thousands of teachers and professors worldwide have used them, based on two books and the Website.