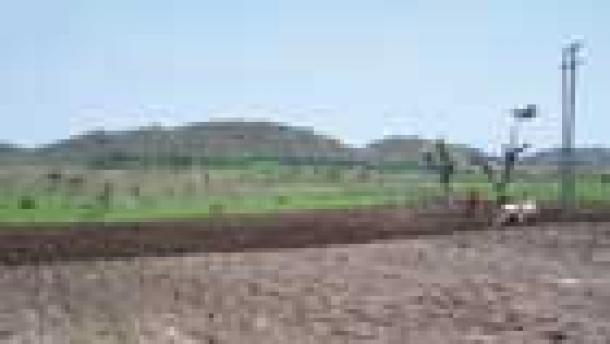 Climate variability and change are serious challenges to sustainable development in Africa. The current famine crisis in the Horn of Africa is yet another reminder of how fluctuations in the climate can destroy lives and livelihoods. Ethiopia, one of the countries impacted by the current drought, has been suffering from climate fluctuations for decades. Climate variability has been one of the major hindrances to development in Ethiopia. Droughts and floods have reduced Ethiopia’s annual growth potential by more than one-third (Grey et al., 2006).

The 1984–1985 drought reduced Ethiopia’s agricultural production by about 21 per cent with a 9.7 per cent fall in the Gross Domestic Product (GDP) (World Bank, 2006). The effect of climate variability is, of course, felt more by poor households (Stern, 2007). The 1998–2000 drought cost each household over north-eastern parts of the country more than 75 per cent of its average annual income in crop and livestock losses (Carter et al., 2004).

Building resilience against the negative impacts of climate and maximizing the benefits from favourable conditions will require the design and implementation of effective climate risk management strategies. This cannot be accomplished without the availability of decision-relevant climate information. Credible information about the past climate, recent trends and swings, likely future trajectories and associated impacts is very important for climate risk management. Long-term climate time series are critical in many applications including:

Climate information has been used in Ethiopia for decades, particularly for drought monitoring and early warning (Hellmut et al., 2007). Yet, the avail­ability, access and use of climate data are far from ideal. The main source of climate data is the network of weather stations managed by Ethiopia’s National Meteorology Agency (NMA). Even though the number of stations is reasonably good, and has been increasing (Figure 2), station distribution is very uneven. There are very few stations over the lowlands. Most of the stations are located in cities and towns along the main roads. This limits the availability of climate information and services for rural communities. Where records do exist, they frequently suffer from data gaps and poor quality and are often not easily accessible. This, in turn, has limited the use of the available climate data.

If the problems of data availability, access and use could be overcome it would enable the effective and efficient use of climate information in Ethiopia. The problem of data availability could be significantly improved by combining station observations with globally available products such as satellite proxies and model reanalysis data. The main advantage of the global products is the excellent spatial convergence. These data are available over most parts of the world at increasingly improved spatial and temporal resolutions. Satellite rainfall estimates now go back 30 years. The combination of ground-based observations with satellite and/or model information should therefore help to overcome the spatial and temporal gaps in station data while improving the accuracy of the global products. This will alleviate the inadequacy of climate data, particularly for rural Ethiopia.

Data availability may not necessarily lead to data access, so improved access to climate information and services should be provided. One approach to this would be to make data, analysis tools and targeted products available through the Internet. However, even good access tools and high quality data may not guarantee effective use of climate information.

This three-track approach of simultaneously improving data availability, access and use is being implemented in Ethiopia in collaboration between NMA and the International Research Institute for Climate and Society (IRI) at Columbia University in the United States. This project, funded partly by Google.org, has three major components:

This approach has been implemented in Ethiopia to generate a 30-year time series of rainfall and temperature data at 10 daily timescales for every 10-km grid over the country. The combined rainfall dataset draws on more than 600 raingauge stations merged with 30 years of satellite-derived rainfall estimates. For temperature, data from over 300 stations are combined with Moderate Resolution Imaging Spectroradiometer (MODIS) satellite Land Surface Temperature (LST) estimates.

The project has collaborated with the Tropical Application of Meteorology using the Satellite (TAMSAT) group at the University of Reading, United Kingdom, which is generating a 30-year time series of rainfall estimates for Africa based entirely on data from the Meteosat satellite calibrated against local gauges. These estimates are combined with the observations from over 600 raingauges. The result is a unique, high-quality data set, which has been shown to be more accurate than any other long-term, satellite-based time series (Dinku et al., 2011). The main strengths of this data set include the following:

One way to improve access to climate information is to make data, tools and targeted products available through the Internet. This may not be enough to reach all potential users, but would be a good starting point. The main purpose is to reach those who can then reach others by other means.

The current project has redesigned NMA’s Website for better presentation of its existing products and services and for the delivery of product derived from the new data set. The new website (Figure 5) is designed in such a way that users can easily locate the different products and services offered by NMA. It includes a Climate Analysis and Applications Map Room.

The Climate Analysis Map Room provides information on the mean climate (in terms of rainfall and temperatures) at any point or for any administrative boundary (Figure 6). It also shows the performance of the rainfall seasons over the years as compared to the mean. This kind of information service is unprecedented in the whole Africa. The authors are not aware of any national meteorological services that provide this kind of information. But Ethiopia’s NMA offers more than a look at the past climate. Its Climate Monitoring Map Room enables monitoring of the current season. Different maps and graphs compare the current season with the mean or recent years (Figure 6).

This information could be extracted at any point or for any administrative boundary. Data are updated every 10 days, thus enabling close monitoring of the season. Extracting and presenting information at any administrative level enables focusing on a specific area of interest. The services offered by NMA will be improved further when the other three Map Rooms are completed. These Map Rooms will enable the targeting of individual products by users.

The combination of quality controlled higher resolution climate products derived from station observations and satellite proxies will help to overcome a critical impasse in current data dissemination policies. NMA is usually very protective of their databases.

The approach presented above maintains the control of the national observations by NMA while enabling the dissemination of a wide array of value-added climate information products targeted to specific user needs.

NMA is also in the process of formulating a data policy to make the combined time series freely available for research and other non-commercial purposes. Once available, it is envisaged that an expanded array of new products could be created to answer the specific needs of a wider range of stakeholders.

The products described above will provide basic information to aid climate risk management in a number of climate-sensitive sectors. These include vital sectors such as agriculture, food security, water resources and health. The project is expected to culminate with an online, dynamic and digital Climate Atlas of Ethiopia, which will offer wider access to the generated climate information.

However, all these may not be enough to ensure the appropriate and effective use of these products. Targeted training should be provided to the user community at all levels so as to understand and use the information products. The project has already trained a number of experts from the health sector in the use of climate information. This training included an intensive two-week summer course at IRI for seven health and climate professionals, as well as a couple of training courses in the country. The IRI scientists and Ethiopians who attended the IRI summer courses conducted the local trainings. NMA is also planning to train users at different levels and backgrounds on the use of its new products and services.

This is the first project of its kind and was only a concept when presented to NMA management. The project is a success only because NMA bought into the project with an open mind.

NMA staff did most of the work. They were first trained on different aspects of the project work. All the training courses were conducted at NMA, which enabled many more people to participate. The other benefit of the training was that it was targeted towards specific tasks.

Obtaining and processing 30 years of raw satellite data, which covers the whole of Africa, was a time consuming but very important task.

Calibration of the satellite rainfall retrieval algorithm using all locally available raingauge data significantly improved the quality of the estimates. The algorithm used in this project was a very simple one and it only used thermal infrared data, yet it outperformed more sophisticated algorithms that incorporate passive microwave data.

Improving data availability by itself will not guarantee the use of climate information in development practices; extra efforts are needed to make the information accessible and useful.

The Map Rooms were built using IDL tools, which were then transferred to NMA. The IDL enables users to access and analyse hundreds of data sets and download results in different formats. The main accomplishment was the transfer of the IDL tools to NMA without the data so that it could be used with NMA’s own data. This will now enable NMA to create more products from its own and other data sets.

The Ethiopian experience is a promising template for improving climate services throughout Africa. It should be improved and scaled up to all countries in Africa, adapting it to national needs and circumstances. Carrying out similar projects in other countries should now be cheaper and faster because of three main factors:

The raw satellite data obtained and processed for Ethiopia covers the whole of Africa.

Methodologies and computer codes developed for Ethiopia can easily be adapted for another location.

The portable IDL tools on which the Ethiopian Map Rooms were built can easily be adapted for any another country.

The task that may take time and resources is the organization and quality control of station data. This varies from country-to-country depending on the level of data organization. Some countries may need to digitize their data, or even rescue some of their data.

This work has been funded by Google.org and a grant/cooperative agreement from the National Oceanic and Atmospheric Administration (NOAA), NA050AR4311004. The views expressed herein are those of the authors and do not necessarily reflect the views of NOAA or any of its sub-agencies.