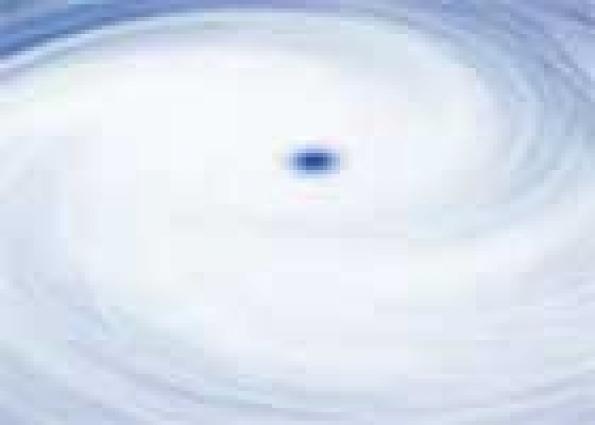 Better cyclone prediction is a focus of international weather research. This case study of a 2009 typhoon that narrowly missed the Philippines gives a portrait of the scope for ensemble forecasting.

A key challenge for meteorologists of the 21st century is to improve prediction of severe weather events like Typhoon Parma, so that people can protect themselves through timely warnings.

When Typhoon Parma struck in September 2009, it was the worst storm in four decades in the Philippines, affecting more than 3  million people, killing 288 and causing over US$ 600 million of damage.

Tropical cyclones, also known as hurricanes and typhoons, are the most powerful and destructive weather systems on the planet. While success achieved with numerical weather prediction is one of the most significant scientific achievements of the 20th century, there is room to improve forecasting for rare but severe events that cause catastrophic damage.

Building on the foundations of numerical weather prediction and ensemble forecasting, TIGGE is an example of the world’s leading weather forecast centres, collaborating together with the global meteorological community.

The aim is to develop Global Interactive Forecast System to provide the best possible forecasts for tropical cyclones and other high-impact weather events.

This project is part of a WMO international research programme, in place since 2003, called THORPEX, The Observing System Research and Predictability Experiment. The programme is part of the WMO World Weather Research Programme, and a key research component of the WMO Disaster Risk Reduction Programme.

To illustrate how the system can help with tropical cyclone forecasts, Typhoon Lupit makes a good case study. Just as people in the Philippines were responding to Typhoon Parma, Typhoon Lupit raged in the western Pacific Ocean in mid-October 2009, and threatened further devastation.

The satellite image of Typhoon Lupit of 17 October 2009 came at a time when TIGGE data providers had been running their ensemble prediction systems, and were starting to produce track forecasts (see image of ensemble forecasts for the typhoon). Most forecasts showed that the cyclone would track westwards to strike the Philippines, compounding recent devastation from Typhoon Parma. Over the next few days, Lupit did indeed track westwards, as shown by the black line.

Ensemble forecast information was also used to calculate strike probability maps, helping forecasters make decisions for issuing warnings. While most tracks showed that Lupit could strike the northern Philippines, some showed that the typhoon could turn northeast.

Later ensemble forecasts showed in­creasing probability that Lupit would turn northeast, sparing the Philippines this time – which is what actually happened.

The storm’s path and whether it will hit land are important to know. Equally important to determine are the amount of rain and how strong the destructive winds will be. Typhoons also often cause vast damage to coasts and islands, due to storm surges and flooding. Some of Lupit’s towering thunderstorms reached as high as 15 kilometres (more than 9 miles high), indicating very powerful storms with heavy rainfall. Future forecast products will highlight risks from intense rainfall and winds associated with severe tropical storms.

The case shows how ensemble forecasts can give estimates of likely forecast outcomes, as well as early indications of possible scenarios, to alert decision-makers to a range of scenarios for severe weather.

Quality is constantly improving, though some inaccuracy will always remain. The atmosphere is complex and there are theoretical and practical limits to predictability. Probability forecasts have uncertainty factored into them. This is the very reason that probabilistic forecasts are useful.

Modern weather forecasts are based on the technique known as numerical weather prediction:

Ensemble Prediction Systems are now common at most of the major operational weather prediction facilities worldwide.