Weather Climate and the Air We Breath 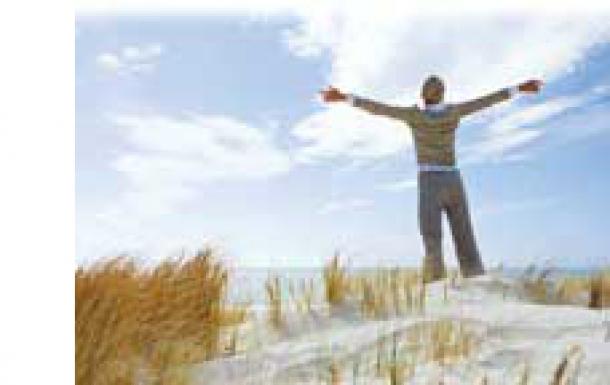 Weather Climate and the Air We Breath

The theme of World Meteorological Day this year is “Weather, climate and the air we breathe”. This issue of the Bulletin is conceived around the same theme, with articles on air quality and its manifestation in urban and surrounding regions, couplings with weather and climate change and the impact of pollutant deposition, including nitrogen, on the upper ocean. It opens with a message from the Secretary-General on the occasion of World Meteorological Day, as is customary in the January Bulletin.

Between 1800 and 2007, the fraction of the global population living in cities has risen from about 3 per cent to 50 per cent. As a consequence, megacities and regional hot spots have developed with anthropogenic pollutant emissions and changes in land use that have large environmental implications both in the regional hot spots themselves and on a larger scale. Air pollution in densely populated areas affects human health in important ways throughout the world. The forecasting of air pollution in urban areas is a service required to allow the population to take precautions on a daily basis and to identify policy measures to reduce emissions so that pollution target levels can be met. Through the Global Atmosphere Watch (GAW) programme and its Urban Research and Meteorology Experiment (GURME) project and the World Weather Research Programme (WWRP) WMO enhances the capabilities of Member countries to provide air-quality forecasting, illustrating the linkages between meteorology and air quality.

Atmospheric chemical composition, weather and climate are strongly interconnected. There is pollutant emission growth in the Far East; and in South America, while emissions in Europe and North America are levelling off or being reduced. The economy is globalized with important consequences for intercontinental transport of air pollution; aircraft emissions (International Civil Aviation Organization); and shipping emissions (International Maritime Organization). Changes in farmland practices and in physical climate give rise to more biomass burning and forest fires. The transport of air pollution across national, regional and continental boundaries is an important aspect of the global cycling of air pollution, including the impact in the Arctic and on adjacent seas.

Air pollution and climate change interact both ways. The United Nations Framework Convention on Climate Change focuses on the climate change effect of long-lived greenhouse gases. Aerosols (directly and indirectly) and tropospheric ozone, exert regional radiative forcing on climate which is expected to modify the distribution of synoptic weather patterns and the distribution of weather elements such as precipitation and wind on a regional basis. The extent of the modification and its societal impact is not well known, but is likely to be important.

Climate variability and change have consequences for atmospheric composition through the modification of factors that affect the life cycle (sources, transport, chemical/physical transformation and removal) of a pollutant in the atmosphere; for example, temperature, surface properties (drought and plant cover), cloud cover, precipitation (including length of dry periods) and boundary layer mixing properties. The adaptation of societies to climate change has consequences for atmospheric composition; for example, through changes in the emissions from energy consumption as the energy production system moves towards more extensive inclusion of renewable energies, including biofuels. WMO has a particular responsibility and proven ability to lead in the technical analysis of how climate variability and change and air pollution interact both ways on a regional basis and in combination on a global basis, as these are issues of immediate concern affecting societies throughout the world to an extent that is not well known but could be significant (air pollution events, floods, droughts, water supply, food supply, etc).

Just as with climate, air pollutants can affect weather. There is growing awareness that, by realistically including aerosols and ozone in weather forecast models, there will be a better chance of improving the accuracy of weather forecasts. At the same time, air-quality forecasts are being produced, using the best meteorological forecast systems in the world; namely those maintained by the operational weather prediction centres.

The atmospheric component of the biogeochemical cycle of reactive nitrogen, including its relation to the sequestration of carbon in ecosystems is not well known. Reactive nitrogen cascades through environmental compartments with approximately 165 megatonnes of reactive nitrogen produced each year, of which about 75 per cent is related in some way to agriculture and 25 per cent to the combustion of fossil fuels and the industrial use of nitrogen. Issues at stake of relevance to WMO are the quality of the water supply and the link between the reactive nitrogen cycle and air pollution and climate change.