Observing Our Planet for a Better Future 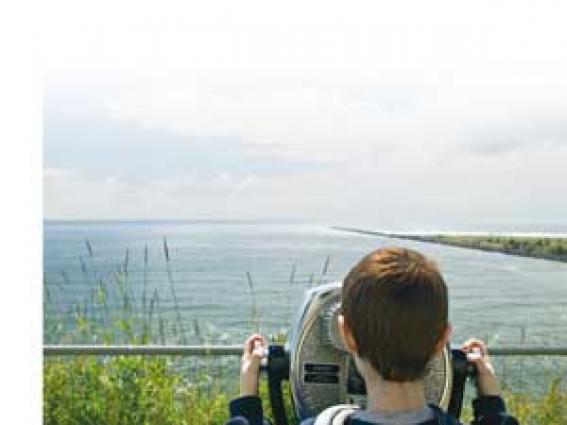 Observing Our Planet for a Better Future

The theme for World Meteorological Day (23 March) in 2008, and the theme for this issue of the WMO Bulletin, is “Observing our planet for a better future”. The feature articles look at the importance of maintaining and enhancing observations of weather, climate and water to ensure the well-being of future generations from a number of angles.

WMO is currently developing an initiative, approved by Fifteenth World Meteorological Congress (2007), known as the WMO Integrated Global Observing System (WIGOS). WIGOS will be a major contribution to realizing the socio-economic benefits to be derived from a wide range of products and services concerning weather, climate and water. These fall within a number of areas such as natural disaster mitigation and risk reduction and activities such as agriculture, transport, energy production and water-resource management.

The importance of observations was underlined in 2007 by a number of events. The launch of International Polar Year 2007-2008 (which was the theme of the October 2007 Bulletin) has already yielded a number of significant results, notably concerning sea-ice extent. The Intergovernmental Panel on Climate Change published its Fourth Assessment Report, which states that, based on observations, warming of the climate system is unequivocal. The IPCC was awarded, together with Albert A. Gore Jr, the 2007 Nobel Peace Prize “for their efforts to build up and disseminate greater knowledge about man-made climate change, and to lay the foundations for the measures that are needed to counteract such change”. The 13th session of the Conference of Parties to the United Nations Framework Convention on Climate Change (Bali, Indonesia, December 2007), whilst welcoming the IPCC report, noted that many vulnerable developing countries have considerable difficulties in maintaining the observational networks that provide the data for the IPCC assessments.

The World Weather Watch of WMO was established in the 1960s. It has continually evolved to respond to societal needs. Important initiatives have been devised to improve the capabilities of National Meteorological and Hydrological Services. The Global Earth Observing System of Systems was designed to integrate environmental information in a comprehensive and sustainable fashion and extend its utility to a number of socio-economic applications. Effective mitigation of the impact of, and adaptation to, high-impact weather, climate and water events, require accurate observation and prediction on all scales, as well as the capacity of disaster risk reduction managers and policy-makers to use this information. The WWW and its integrated systems are key contributors to such action.

The climate is changing, but not in a uniform way across regions. One of the pillars of climate research and future projections are observations, which are made for a variety of purposes and in a variety of ways. Models need to be improved, instruments maintained and calibrated, satellites replaced. Meeting the challenges for research requires funding but the information yielded will be more than worth the initial investment.

Earth observations from space make a significant contribution to our ability to analyse regional and global situations. The measurements and derived information products have great potential for serving humanity. Because of their availability in real-time, satellite observations are instruments of transparency, good governance and effectiveness. They are vital to protecting the planet for future generations, mitigating climate risks to populations and building a safe and sustainable society.

Dealing with the global climate is one of the great challenges of the 21st century, with climate change being perhaps the largest single threat to humanity and the environment. The most severe effects are likely to take place in developing countries, which have the least ability to adapt. The meteorological and climate community will need to support major global efforts to ameliorate these impacts. This support will be based on targeted, accurate observations which will be made widely accessible in a timely fashion. Every effort will be made to build the capacity of National Meteorological and Hydrological Services so that they may derive optimal benefit from the information provided.

Safety at sea has been a primary driver for internationally coordinated marine observations since the foundation of WMO. Demand has been growing for expanding marine observations for other applications, such as, among many others, long-range weather forecasts, coastal area management, offshore resource exploration and development and disaster risk reduction. These applications require global observational datasets and prediction products for both the ocean and the overlying atmosphere. By working together towards a global ocean observing system, marine meteorologists and oceanographers will enhance the accessibility of data of known quality, delivered according to agreed standards, to meet the growing requirements.

Air traffic is expected to grow in the developed world and in the emerging economies of South-East Asia. With routes and terminals operating at or near maximum capacity, weather phenomena such as convective activity, snowfall, ground icing, low ceilings and visibility could severely impact the flow of air traffic. New concepts are therefore being developed to optimize the use of airspace and aerodromes, based on four-dimensional trajectory methods, a high degree of computer-to-computer data exchange and automation. These concepts will rely to a large extent on highly accurate, timely and ubiquitous meteorological data. Aircraft data will form an essential source of those data.

Ozone occurrs naturally in the stratosphere between 20 and 30 km above the Earth’s surface—the ozone layer. It shields the Earth from solar radiation that is harmful to human, plant and aquatic life and causes the degradation of certain materials such as some kinds of plastics. Long-term recovery of the ozone layer from the effects of ozone-depleting substances, which was confirmed in the 1980s, is expected to span much of the 21st century. It is also becoming more and more apparent that there are important linkages between ozone depletion and climate change. Ozone, ozone-depleting substances and many of their substitutes are also greenhouse gases; changes in ozone affect the climate and changes in climate affect ozone. It is of great importance therefore to continue systematic, high-quality observations of the ozone layer in all regions of the world.

The need for water is paramount for life. A secure water supply for drinking and sanitation, irrigation and aquatic ecosystems are only a few examples. Hydrological observations are essential for monitoring the quantity and quality of freshwater resources and for forecasting and managing floods and drought, agricultural sustainability and global climate change. Indeed, they are inseparable from the uses to which they are put. Collaboration across sectors and boundaries and creating public awareness and understanding of the limitations of the resource must be part of the process. The great challenge today, however, is ensuring the adequacy, consistency and long-term maintenance of high-quality hydrological observations, especially in the face of declining networks.