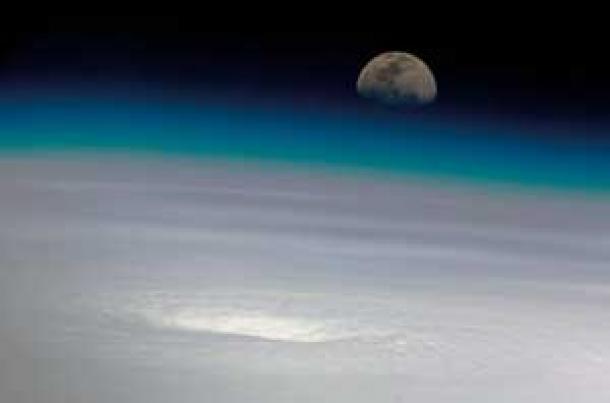 Monitoring changes in the Earth’s climate is based on decades and centuries of atmospheric and ocean observations. Included among these are century-long instrumental measurements of surface temperature and precipitation and records of daily data which are useful in understanding changes in the frequency and severity of extremes such as heavy precipitation events, drought and heat waves.

Observed changes in the Earth’s climate have been well documented in numerous national and international studies. In comparison with paleo­climatic data, the average northern hemisphere temperatures during the second half of the 20th century were likely higher than any other 50-year period in at least the past 1 300 years. Global temperatures continued to warm at the start of the 21st century. The strong El Niño of 1997-1998 helped push the global temperature to a record high. Other observed changes of the past century include an increase in heavy and extreme precipitation events in many parts of the world, rising sea levels, reductions in Arctic sea ice, melting permafrost and an increasing incidence of drought. Projections indicate that these and other trends are likely to continue well into the future and, in some cases, changes are projected to occur at faster rates in the 21st century.

To take up the various challenges in this area, CCl established during its 14th session in November 2005, in Beijing, China, the Expert Team on climate monitoring, including the use of satellite and marine data and products (ET2.2). It is one of the two Expert Teams under the CCl Open Area Programme Group on Monitoring and Analysis of Climate Variability and Change, which is co-chaired by Thomas C. Peterson (USA) and Manola Brunet-India (Spain). It is responsible for providing guidance, stimulating and coordinating climate-monitoring activities around the world and helping to build related capacities in developing countries.

During its first planning meeting in September 2006 in Tarragona, Spain, the ET2.2 defined a work plan for the period 2006-2009 in which a strong engagement was made in advancing the use of satellite and marine data and products in climate monitoring activities.

The purpose of monitoring climate and weather events

Earth’s climate changes at different time-scales, thus impacting numerous societal, economic and environmental aspects, including safety, health, food security, tourism and energy. The need to cope with, and adapt to, these changes implies the need to understand their causes, magnitudes and extent and to predict their impacts. Climate monitoring provides users with the information they need for effective planning and operations to respond to climate variations in the frequency, intensity and location of extreme weather and climate events. This is particularly true in the case of heat waves, droughts, heavy precipitation, flooding and tropical cyclones (including hurricanes or typhoons), because of their often disastrous impacts on the socio-ecosystem (Figure 1).

For example, droughts can cause reservoir and lake levels to fall sharply, even to the point of becoming completely dry (Figure 2). Crop yields and breeding stocks can be dramatically reduced, resulting in increased food prices, food shortages and famine and even political conflicts. At the same time, droughts frequently result in decreased drinking-water quality and availability, which puts additional strains on human health. Bushfires and duststorms often increase during dry times, threatening homes, crops and the lives of humans and livestock. Droughts compound the problem of limited water resources which are being further strained as populations grow and societies develop, bringing with them greater demands for food and water.

In addition to drought, other extreme events, such as major tropical cyclones, heat waves and heavy rain events can have profound impacts on societies and economies. With global warming, extreme events such as these are expected to occur with greater frequency and severity. Understanding how rapidly changes in climate and coincident impacts are occurring makes climate monitoring of critical importance. For instance, when a drought or severe heat wave hits a city, government leaders want to know if this is an occurrence of a rare event (e.g. once in 100 years on average) or a more frequent event (e.g. once in 10 years) and whether much worse events are possible within a couple of decades, so that a better plan (such as to increase their reservoirs or water use efficiency and to change water usage rules) can be put in place.

With the increasing evidence for changes in climate during the recent decades, and projections of continued and possibly more rapid climate changes in the coming decades, it is becoming more and more important to monitor all areas of the Earth’s climate system. The need to monitor and understand the changing state of climate is further highlighted by the concurrent increase in society’s vulnerability that arises from societal changes and development (e.g. greater numbers of people relying on the same resource base, greater densities in existing and developing urban centres and in vulnerable environments such as coastal areas).

In recent decades, great advances in observing technologies and systems have provided the scientific community with a rapidly increasing array of in situ, satellite and marine datasets. These have been applied to operational climate-monitoring programmes throughout all regions and have significantly improved capabilities for obtaining real-time global climate conditions. The increasing availability of new products and tools, combined with international collaboration and data sharing, enable scientists throughout the world to provide government and private sector decision-makers with better information more rapidly than at any time in the past. Gaps in capabilities exist between developed and developing countries, however.

Together with Randall Cerveny, the CCl Rapporteur on Climate Extremes, and Mark D. Schwartz, an invited expert on phenology, ET2.2 experts have set the following four climate monitoring priorities in the 2006-2009 work plan:

In the process of implementing these priorities, a climate monitoring Website has been developed to facilitate the sharing of information, data and products. It is hosted by the University Rovira i Virgili, Spain. The Website will serve in the future as a portal for discovering climate-monitoring products useful for National Meteorological Services and their users. The portal will also pro­mote and provide access to e-training materials and programmes developed by experts and specialized WMO and other international programmes.

Capacity-building through demonstration: the ET2.2 Website will provide information sharing on how different groups are monitoring the climate, together with various indices (e.g. the Palmer Drought Index) and makes Web links to what is being done by various countries;

Promote the work on plant phenological observ­ations and update existing knowledge through the publication of relevant WMO technical docu­ments, noting the need for international standardization (especially reference species) and enhancement of international collaboration. Through this project, the experts will advise the Commission on the issues facing the phenological network and propose a strategy to potentially address these.

ET2.2 will also work on improving the scientific understanding of the state of the global climate through the annual WMO state of the climate reports. These reports highlight the benefits of WMO Members working together to monitor and improve the scientific understanding of the global climate. They include information on current climate conditions and historical changes for more than 20 essential climate variables. These are contained within chapters on global atmospheric conditions, ocean surface and subsurface, tropical cyclone activity in all basins, and conditions in the polar regions.

Detailed discussions on notable weather and climate conditions and extreme events within all WMO Regions are also included in the state of the climate reports. These reports are prepared by a large group of scientists in all WMO Regions with leadership provided by NOAA’s National Climatic Data Center (NCDC). They are published in the June issues of the Bulletin of the American Meteorological Society and by WMO.

While tremendous gains have been made in ensuring that the state of the climate reports are globally comprehensive, provide equal perspectives to all Regions and include contributions from scientists around the world, ET2.2 has identified three areas that should be addressed to further improve the series of reports:

Translation of the state of the climate reports into all official UN languages, i.e. Arabic, Chinese, French, Russian and Spanish: efforts began with the 2005 State of the Climate Report, which was published in June 2006;

To clarify how authorship of the climate reports is determined and if additional expertise might be available to support future editions of the report: noting their increasing importance, as well as discussions held at the last CCl session (Beijing, November 2005), there is a need to better publicize the process for authorship selection to ensure appropriate international expertise, participation and contributions. ET2.2 requested a review of the authorship selection process.

The review should help clarify how the reports are created and identify areas of expertise that could help improve them. The review article should be posted on the US National Climate Data Center State of the Climate Website and linked to the WMO climate monitoring Website.

Achieving success in all these activities/projects will require coordination with other international programmes and the preparation of scientific overviews and guidelines in climate monitoring, training, education and capacity building. Details of each action, the expected products provided by ET2.2.. Additional actions will be taken as other needs are identified.

The information provided through international climate-monitoring activities forms a basis for enhancing the scientific understanding of climate variability and change and is an integral part of disaster prevention and mitigation, environmental protection and sustainable socio-economic development.

The authors wish to thank Pierre Bessemoulin (president of CCl), Hama Kontongmode (WMO Secretariat), Enric Aguilar (University Rovira i Virgil, Spain) and Jose Antonio Lopez (Chief, Climatological Branch, State Meteorological Agency, Spain) for their participation in the ET2.2 start-up meeting, their contribution in the development of the ET2.2 workplan and their active involvement in ET2.2 activities. Omar Baddour, Chief of the Data Management Applications Division, is also acknowledged in reviewing this paper, developing the ET2.2 Web portal and facilitating the ET2.2 activities.