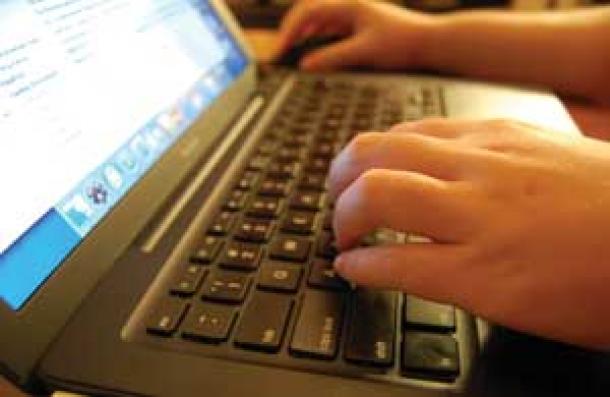 One of the most enduring needs of societies rich and poor is for reliable and timely information on the weather and, increasingly, on the causes and consequences of grander-scale shifts in the climate system itself.

We live at a point in human history when technology and communication would seem to make it entirely possible to serve societies’ needs. I have an application on my smart phone that provides a radar loop of regional weather, moment by moment. I can click onto a Website created recently by the National Oceanic and Atmospheric Administration, and track trends in carbon dioxide concentrations or sea level. The explosive expansion of mobile phone subscriptions in developing countries could soon erase a substantial portion of the digital divide between rich and poor. Already, a rural farmer in Kenya can get her maize price by phone even when she lacks a light bulb or toilet. Imagine when she can also get longer-term precipitation forecasts to help decide which crops to plant.

But an enormous gap persists between what is possible and what is happening – at least for the moment. One problem, of course, is simply a paucity of data and capacity in places that need it most. The lack of publicly available climate and weather data in much of Africa, recently discussed in a Nature commentary (Thomson et al.), is featured in a WMO Bulletin article linking changing temperatures and malaria. The Rockefeller Foundation is trying to foster another vital kind of communication in Africa – between agencies and organizations focused on climate and those focused on agriculture and water. The University of Colorado Center for Capacity Building is another example of efforts to boost resilience to climate-related hazards in struggling regions.

But my sense is that the gap between information and impact can also be substantially reduced (without a large financial cost) simply if more scientists and scholars, and their institutions, think creatively about ways to expand their communication circles and pathways.

One reason to pursue such steps is that the capacity of traditional journalism outlets to be the intermediary is declining. Overall resources are strained and the number of experienced professional science and environment reporters is shrinking. This doesn’t mean science journalism is dying. It is evolving. But it is doing so in ways that won’t benefit an agency, say, that sticks with the 20th century model of distributing a press release and waiting for journalists to call back to fill in the gaps. In some ways, in fact, science communication is expanding rapidly. The number of science blogs has grown tremendously, for example. But the number of such outlets that can be relied upon to provide accurate, or un-spun, information is tougher to track. As Nadia El-Wady, the president of the World Federation of Science Journalists, put it last year, there are “only a few pockets of excellence in an ocean of mediocrity.”

Diving into this arena requires time, some level of culture change and even courage, particularly given how the Web can be an amplifier for unfounded attacks and disinformation as much as knowledge. But hunkering down, as some institutions – including the Intergovernmental Panel on Climate Change – tried to do after recent controversies, is probably not a sustainable approach in the long haul. As the IPCC prepares its Fifth Assessment Report, it does so with what, to my eye, appears to be an utterly inadequate budget for communicating its findings and responding in an agile way to nonstop public scrutiny facilitated by the Internet. I would love to think that the countries that created the climate panel could also contribute to boosting the panel’s capacity for transparency, responsiveness and outreach.

I made this point recently in an e-mail exchange with three leaders of the climate panel’s next assessment – the chairman, Rajendra K. Pachauri, and Thomas Stocker and Christopher Field, scientists respectively co-leading the reports on climate science and impacts.

They all agreed that more resources and a clear communications strategy are badly needed. “Despite several years of highlighting the need for effective communications and outreach, we have really made very little headway, and I know that we cannot delay action in this area much longer,” Dr Pachauri wrote. “If we do, it would be at our own peril.”

Here are some examples of creative approaches to improving the science/public policy interface that I see as models for much bigger and better efforts to come.

If you think the misinformation and disinformation surrounding climate is special, check out the Web’s offerings on near-earth objects – the array of asteroids, comets and other hunks of rock, metals and ice that swing through Earth’s orbit and could, at some point, add a new scar to the planet’s crater-pocked surface, but this time with millions people in harm’s way. NASA, the only American government agency with a mandate in its founding legislation (1958) to communicate its findings to the public, uses Twitter – in concert with a globe-spanning network of amateur astronomers – to bat down rumors and provide a swift source of updates and basic information. Have a look at the Tweets posted maintained by the agency’s Jet Propulsion Laboratory – and you’ll notice another vital feature right away. It’s a two-way portal, not simply a place to post news. And, of course, it’s global.

The same mix of social and electronic networks can help track and respond to questions and misinformation on weather and climate. There are thousands of amateur weather bugs around the world, not to mention weather forecasters and meteorologists working in the media. The American Meteorological Society is working, through a programme called “Station Scientists,” to enhance the capacity of people delivering weather forecasts on television to communicate on related scientific and environmental issues. I wrote in March about the gutsy effort of Bernie Rayno, a senior meteorologist for Accuweather, to refute unfounded assertions by a CNN anchor (a lawyer by training) about radiation risks in the United States from the Japanese nuclear crisis. Jeff Masters, at Wunderground.com, has developed a popular blog exploring climate as well as weather.

The American Geophysical Union has started to test new approaches to communication, offering a “Climate Q&A Service” to reporters needing information on new studies or developments. The organization is also hosting a growing array of blogs on geophysical sciences, some written by its staff but many others by independent scientists. Here’s its explanation: “By supporting this blogging community, A.G.U. also fosters greater public awareness and understanding of Earth and space sciences, and facilitates more effective use of scientific knowledge to address society’s needs.” I think it’s a great idea.

The Royal Society, the world’s oldest scientific academy, now has the equivalent of a TV channel where it posts video of its events. I wouldn’t expect every climate scientist to be willing to follow the course of Richard Alley of Pennsylvania State University, who’s been known to sing and even dance to convey aspects of climate science to students and the wider public. And, of course, he has tenure, providing the flexibility to do public outreach that a younger scientist or agency staffer might lack. But a little experimentation is great. This can be encouraged in students or by putting out a call to the general public to come up with novel ways of communicating science.

Another ripe field is the use of graphics and animation to convey complicated information to broad audiences. NASA, once again because of its mandate, has an entire Scientific Visualization Studio devoted to this kind of work. I could see agencies and universities creating a kind of match.com for scientific information in search of fresh experiments in visual, and even auditory, communication. I mention sound because I recently came across some experiments using sound to convey the scale and character of the 11 March great earthquake (in one iteration, lower pitch equals deeper depth, louder volume equals more power). Some excellent examples illustrating what’s possible in converting dry data to striking, potentially “viral” displays, can be found in the work of Aaron Koblin of Google (see his animated map showing 24 hours of air traffic over North America), Adam Nieman (in discussing climate and ocean issues, I use his image displaying the volume of the world’s liquid water and atmosphere as spheres) and at a Website called Visualizing.org.

A common theme in these models is a willingness to experiment and to engage with all publics, including those who might seem hostile at first glance. Harnessing the power of the globe-spanning “crowd” is another. The alternative is to hunker down, as if waiting for a storm to pass. But the explosive changes afoot in how people share information and shape ideas are no stray storm.

Interpreting them that way would be like mixing up weather and climate.

* Senior Fellow for Environmental Understanding, Pace University Academy for Applied Environmental Studies and writer of the Dot.Earth blog for The New York Times.