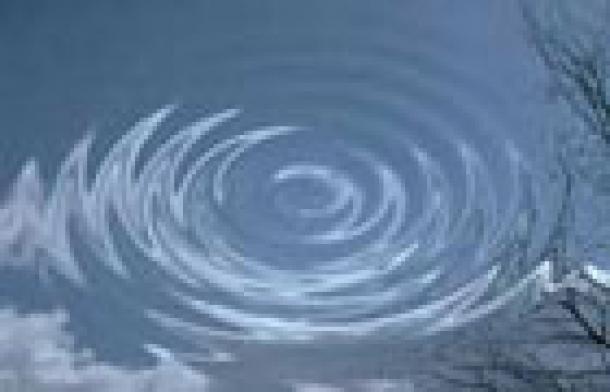 In the heart of every meteorologist and climatologist beats the soul of a detective. We all appreciate a good mystery and, for those interested in weather, the elements of our atmosphere can often provide the most fascinating puzzles. In particular, can we determine, after a major weather or climate event has occurred, whether that event actually was a world weather record? Was it the hottest, the coldest, the wettest or the windiest? Puzzles of this type are now being actively investigated by members of special ad hoc world record weather extremes committees of WMO’s Commission for Climatology (CCl). These committees are created on an “as-needed” basis to assess the occurrence of specific potential world, hemispheric and regional weather extreme records, such as maximum and minimum temperatures, highest and lowest pressures and various rainfall amounts.

Many people ask what were the hottest, coldest, wettest, driest observations ever recorded and, interestingly, several different self-appointed experts have responded to these questions. Their answers, however, do not necessarily agree. As these records amount to coveted “bragging rights” and are critical to monitoring and evaluating climate change, the Commission for Climatology decided to appoint a Rapporteur on Climate Extremes to keep an official, unbiased list. When a new record has been reported, the Rapporteur organizes an ad hoc extremes committee to provide an expert and unbiased recommendation as to whether the extreme in question should be added to the list. The committee consists of the president of the Commission for Climatology, the Chair of the CCl Open Programme Area Group (OPAG) on Monitoring and Analysis of Climate Variability and Change (the Rapporteur is part of this OPAG) and a representative of the relevant Member State’s National Meteorological or Hydrometeorological Service, as well as experts in the appropriate meteorological phenomenon and observing instrumentation as required. The committee may also consult with a wide variety of additional experts.

The truth be told, world records are mistakenly created all the time. For example a “fat finger” error, such as hand-digitizing 28.0°C as 82.0°C, would create a world record observation that every quality-control system would say was invalid. Additionally, instrumentation problems can generate a report far in excess of the meteorological conditions. But, sometimes, a combination of fairly extreme meteorological conditions with minor instrumentation problems, such as calibration errors, can necessitate considerable detective work to determine whether a new world record observation was indeed valid or not. Since weather records are often used as indicators that the Earth’s climate is changing and/or becoming more extreme, confirmation of new weather extreme records should be recognized as a high priority in the meteorology community.

The Rapporteur’s Archive of Extreme Weather and Climate Events is available and comprises the official list of world, hemispheric and continental extremes. Many of these records are based on past existing records, e.g. “Climates of the World” (National Climatic Data Center, USA) and “Weather and Climate Extremes” (TEC-0099 US Army Corp of Engineers).

As the perception (or the actual occurrence) grows of more frequent extreme weather events, the goal of this database is to archive and verify extreme record events, such as the highest/lowest recorded temperatures and pressures on Earth, the strongest winds and the greatest precipitation (over different time intervals), as well as records involving the world’s most destructive storms, hurricanes and tornadoes. In the past, without the existence of such an official designate to determine and maintain regional or world records of extreme weather events, the critical supportive documentation needed to assess the validity of a weather record event was often hard to find or simply did not exist. Consequently, the CCl Extreme Weather and Climate Archive includes, to the extent possible, the metadata, such as date of occurrence, site location, equipment and other factors associated with the event.

One of the very first evaluation committees has just completed its assessment of a potential record for western hemispheric 24-hour rainfall. From 09.30 a.m. local time on 21 October 2005 to 09.30 a.m. local time on 22 October 2005, an astounding total of 1633.98 mm of rainfall was recorded at an automated weather station on a Mexican island off the Yucatan peninsula. This precipitation event was the result of the passage of Hurricane Wilma as it passed over the station of Isla Mujeres off the eastern coast of Mexico. This is an automated station under the direction of the Secretaría de Marina General de Investigación y Desarrollo and the General Adjunta de Oceanografia, Hidrografia y Meteorología, located at 21°14’51”N, 86°44’29”W, and is three metres above sea-level. The date of the last maintenance service and sensor calibration of the Isla Mujeres station before Hurricane Wilma was 24 July 2005. Real-time information on the site is available.

Following established procedures, we first gathered our weather detectives, the WMO evaluation committee tasked with ascertaining the validity of the potential record. In this case, the committee included the Rapporteur for Climate Extremes (R. Cerveny), the president of CCl (P. Bessemoulin), the chair of the CCl OPAG on Monitoring and Analysis of Climate Variability and Change (T. Peterson), local Mexican representatives (V. Davydova Belitskaya and M. Cortez) and an expert on tropical cyclones (C. Landsea). Comments and suggestions from other weather, climate and instrumentation experts with regard to specific aspects of the investigation would be solicited by the committee as needed. Each committee member received a set of documents describing the equipment, recording procedures and maintenance of the recording station. In addition, the actual raw half-hourly precipitation totals were made available to the committee members. Ground and aerial photographs and satellite images of the site were also obtained.

The committee diligently examined those records and began to search for clues. Could the committee solve the mystery—“Did a new rainfall record occur?”—based on the available evidence.

First, one of the most important considerations of WMO verification procedures of weather and climate extremes is an initial validation by one or more regional authorities by publication of the record—in essence, did someone actually publish the occurrence of this record? This prevents the Rapporteur from organizing a team to evaluate a potential record that has already been determined to be erroneous by the quality-control procedure of the National Meteorological Service. In this particular instance, two regional authorities did publish this record. The National Meteorological Service of Mexico and the US National Hurricane Center have both acknowledged the record (see “Tropical Cyclone Report: Hurricane Wilma” by Richard J. Pasch, Eric S. Blake, Hugh D. Cobb III, and David P. Roberts, National Hurricane Center, ), created on 12 January 2006 and updated 28 September 2006 for one additional fatality in Grand Bahama Island, a revised US damage estimate, and storm surge and damage in Grand Bahama Island.

When such prior official docu-mentation of a potential weather extreme exists, the CCl evaluation committee’s role becomes largely one of ascertaining whether there are any irregularities in the record that strongly indicate it should not be validated. In other words, the committee’s primary role was to determine whether there were specific and identifiable problems and/or errors with the equipment, procedures or siting locations associated with the record under investigation. If the committee cannot establish obvious errors in these constraints, then the Rapporteur should consider the record to be valid.

Did the committee suggest any potential errors that might exist in this record? Based on the comments by the evaluation committee and associated reviewer comments, three potential problems to the record had to be addressed.

First, could something have happened in the way the recording instrument, a tipping-bucket raingauge, operated during the hurricane’s passage? In other words, could the wind or other weather effects have caused a bad value by the raingauge? The committee raised the concern and so we consulted with experts who work with such instruments. This is much like the situation where a detective consults fingerprint experts to help solve the crime. In this case, the experts’ opinion is that errors in tipping-bucket raingauge measurements actually tend to be underestimates rather than overestimates. If anything, it is likely that the recording amount might have been actually less than the total rainfall that fell. Consequently, the decision of the Rapporteur is that this rainfall record should not be invalidated due to this potential error.

Second, and very critically, could there have been other effects such as sea waves splashing into the gauge or water running down wires that could have led to a rainfall rate that was not representative of the surroundings? If the station whose record is being investigated received, for example, 10 times more rainfall than any nearby stations, such a difference would be cause for serious concern that something non-meteorological occurred at this particular station. Consequently, for addressing this concern, we evaluated the rainfall data from surrounding events and from other tropical cyclones. All available records suggested the precipitation value was credible, based on radar, rainfall from surrounding stations and the general rainfall that one would expect from a big, slow-moving hurricane. The Director of the Mexican National Meteorological Service concluded that other independent stations not very far away from Isla Mujeres showed similar, very high rainfall rates and the Cancun radar animation confirmed that a very high reflectivity spiral rain band—likely producing heavy rain—was present over Isla Mujeres for a very long time.

In addition, when members of the committee plotted the actual half-hourly rainfall totals from the station, we saw no abnormal “spikes” or discontinuities in the actual 24-hour rainfall totals over the entire day, thereby suggesting no abrupt or marked malfunction of the equipment. Consequently, the decision of the Rapporteur is that there is no indication that this record was invalidated by lack of correspondence from surrounding sources or other types of data.

Given analyses resulting from these three important concerns that our weather “detective” evaluation committee raised, the Rapporteur could conclude that, indeed, a new western hemisphere 24-hour rainfall record had been set. Consequently, in WMO’s Archive of Extreme Weather and Climate Events, the new record for 24-hour rainfall will be the value of 1633.98 mm (64.33 inches) that occurred over the time period of 12:30 UTC on 21 October 2005 to 12:30 UTC 22 October 2005 for Isla Mujeres off the eastern coast of Mexico during the passage of hurricane Wilma.

The official metadata for this new record

Discussion: CCl evaluation committee (R. Cerveny, V. Davydova Belitskaya, P.Bessemoulin, M. Cortez C. Landsea and T. Peterson,) evaluated and commented on this event. Based on their comments and additional input from associated experts, the CCl Rapporteur on Climate Extremes accepted the record on 4 May 2007.

As we stated in the beginning, in every meteorologist and climatologist beats the heart of a detective. We love to investigate anything unusual with regard to climate and weather. This evaluation committee was tasked with the interesting mystery of whether or not a new western hemispheric 24-hour rainfall record had been set. After diligent work, we believe that, for this particular incredible rainfall event, the mystery has been solved.