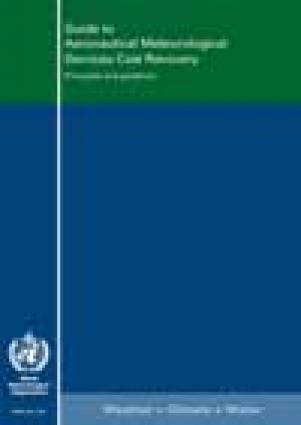 The President of WMO, WMO’s three Vice-presidents, the Secretary-General and some presidents of Regional Associations and representatives of the World Meteorological Centres gathered in New Orleans (United States of America) from 16 to 18 January 2008 on the occasion of the 59th session of the WMO Bureau, hosted by NOAA at the kind invitation of the Government of the USA. The Bureau reviewed and further discussed a number of relevant issues, in the context of preparations for the 60th Session of the WMO Executive Council.

Subsequently, at the kind invitation of the Permanent Representative of the US with WMO, the Secretary-General participated in the National Weather Service (NWS) International Session and the 88th Meeting of the American Meteorological Society (AMS), in New Orleans, during the period 19 to 21 January 2008. During the International Session, on 19 January, Mr Jarraud gave a presentation titled “From Prevention to Response: The Role of WMO and the National Meteorological and Hydrological Service”, which referred to the need to establish appropriate linkage between forecasts disseminated by the NMHSs in the course of critical hydrometeorological hazards and any response measures adopted by their respective national emergency and disaster management communities.

At the 88th AMS meeting, in the course of the “The Richard Hallgren Symposium”, a side event organized in the honour of Richard E. Hallgren, AMS Executive Director Emeritus and former Permanent Representative of the United States with WMO (1979-1988), Mr Jarraud chaired a joint panel discussion on the history and current status of international cooperation in the atmospheric and oceanic sciences and services.

The Secretary-General travelled to New York to participate in the UN General Assembly Debate “Addressing Climate Change: The United Nations and the World at Work”. UN Secretary-General Ban Ki-moon opened the Debate on 11 February 2008 and noted that the UN would work diligently to map out an agreement by the end of 2009 in limiting global greenhouse gas emissions, adapting to the impacts of climate change and obtaining the resources and technology necessary to do so. Among other key speakers in the debate were New York City Mayor Michael Bloomberg and UNGA President Srgjan Kerim.

Mr Jarraud participated in this event as a special guest, emphasizing that the challenges of climate change were indeed very complex, since they existed at all levels, and that a key responsibility of the UN would be to coordinate actions, for which scientific knowledge would have to be continually refined, because of numerous uncertainties that still persisted, and the importance that this knowledge be forwarded to policy-makers. He especially highlighted in this respect the significance of the World Climate Conference 3 (WCC-3) to be held in Geneva during 2009. The WMO Secretary-General also took part in a meeting of Climate Change Principals and UN Special Envoys aimed at discussing common strategies and the way forward following the Bali COP-13 of the UNFCCC.

On 20 February 2008 Mr Jarraud visited Washington DC to participate in the 6th session of UN International Strategy for Disaster Reduction (ISDR) Management Oversight Board (MOB). Currently, the MOB has four Working Groups of which WG1 on Climate and Disasters is chaired by WMO. The Secretary-General participated in discussions intended to develop recommendations for an upcoming study by the World Bank on the socio-economic benefits of disaster risk management, a joint work plan for the ISDR system and the 2nd Global Platform for Disaster Reduction, to be held in Geneva in June 2009.

The Secretary-General also partici­pated in a World Bank Global Facility for Disaster Reduction and Recovery (GFDRR) high-level panel, held at the World Bank headquarters, where he delivered the presentation “Disaster Prevention for Sustainable Development: the Role of WMO and the National Meteorological and Hydrological Services”. In the presentation, Mr Jarraud discussed the importance of meteorological, hydrological and climate information in support of disaster risk manage­ment, and discussed the role of WMO in coordinating climate research and assessments, through its co-establishment of the World Climate Research Programme (WCRP), World Climate Observing System (GCOS) and Intergovernmental Panel on Climate Change (IPCC), while recalling the operational early warming systems capabilities that enable the NMHSs of WMO Members to issue warnings.

On 28 and 29 February 2008, the Secretary-General visited Oslo at the kind invitation of the Norwegian Royal Ministry of Foreign Affairs, the Pro Vention Consortium and the United Nations Development Programme (UNDP), to participate in the Policy Forum on Changing the Way We Develop: Dealing with Disasters and Climate Change. In the course of this event, Mr Jarraud gave a presentation on climate change adaptation and disaster risk reduction in the context of the follow-up to the Bali (Indonesia) COP-13 session of the UNFCCC and the road leading to the COP-15, which will be held in Copenhagen (Denmark) in 2009. The Secretary-General’s presentation was followed by questions and lively discussion.

The Secretary-General travelled to Sal Island (Cape Verde) on the occasion of the First International Workshop on Climate and Natural Resources in Portuguese-Speaking Countries: Climate and Environment Partnerships, which was held in Santa Maria. The key objectives of the meeting were to discuss the state of the art in climate change and variability, the impacts and local effects in each of the participating countries, as well as to encourage partnerships between international organizations, academia, public institutions, foundations and other stakeholders in the concerned countries, in particular in the areas of civil protection and safety, health, food production, the environment, water resources and the exploitation of alternative energy sources.

On 3 March 2008, Mr Jarraud participated in the opening ceremony and delivered the WMO statement in the presence of senior national authorities. Present at the event were also Mrs Ester Araújo de Brito, Permanent Representative of Cape Verde with WMO; Mr Mamadou Lamine Bah, president of Regional Association I; and the Permanent Representatives of participating countries. In addition, following the opening ceremony, the Secretary-General also gave a keynote presentation with the WMO perspective on partnerships and cooperation in the areas of climate and the environment.