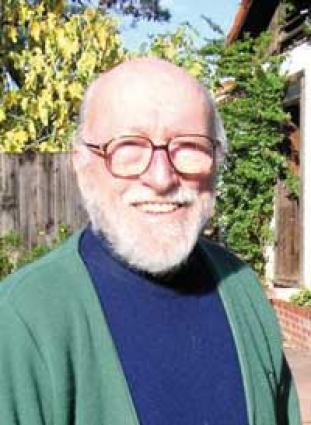 Alhaji Kolawole Rahman Rufai died on 8 July 2006 in Lagos, Nigeria, in his 67th year, after a brief illness.

Alhaji Rufai was born on 25 December 1938 in Ilobu, Nigeria. He completed his secondary education at Government College, Ibadan, Nigeria, where he passed his A-levels in 1959. From 1960 to 1963, he studied at the University of Ibadan and obtained a B.Sc.(Hons) in Physics. He then received specialized training in radiation meteorology at the World Radiation Centre in Davos, Switzerland, from 1964 to 1965. He started his career at the Nigerian Meteorological Services as a trainee assistant meteorological officer in 1959 and trained as a forecaster at the Stanmore Meteorological Officer Training School in the United Kingdom.

Mr Rufai worked in many sections of the Department of Meteorology in a career which spanned 35 years. He started as forecaster/meteorologist in the weather forecasting section and later moved to the training school and research sections. He was also in charge of the solar radiation programme. Mr Rufai later became Principal of the Regional Meteorological Training Centre and Assistant Director in charge of research and training and then Deputy Director.

He was appointed Director of Meteorology and Permanent Representative of Nigeria with WMO in June 1993 and held the position until his retirement in December 1994, after 35 years of meritorious service to his home country and the international meteorological community.

He represented Nigeria at meetings of the International Civil Aviation Organization and the WMO Commissions for Aeronautical Meteorology and Instruments and Methods of Observation and Regional Association I (Africa). He developed the sun and moon table of the Department and headed the calibration unit for solarimeters in the Department and other African countries.

He pursued his interest in lunar/solar calendar research after his retirement and his contributions to this field of study will be greatly missed. He was appointed Commissioner in the State Civil Service Commission of his home State of Osun in 1994.

He was highly respected and admired by his colleagues in Nigeria and the international meteorological community. The Nigerian Meteorological Agency is grateful for his contributions to the development of meteorology.

Mr Rufai was a man of outstanding and amiable personality and admirable character. Soft spoken, he was invariably kind, always ready to help the less privileged and vulnerable. He will remain alive in the memory of his many friends and colleagues.

Mr Rufai is survived by his wife, Moji, children and grandchildren.

Gordon Cartwright died on 1 January 2007 in Renton, Washington. He was born on 14 August 1909 at New Castle, Pennsylvania.

As Proust observed, “The places we have known do not belong only to the world of space on which we map them…”  Places and memories derive their meaning from the people and events that populated them through our lives.  Thus, to a generation of meteorologists throughout the world, Geneva is not simply a spot on the map, nor a pleasant city at the end of a sparkling lake, nor the home of our cherished World Meteorological Organization—it is Gordon Cartwright’s town. We find it impossible to walk in memory through its ancient streets, through the halls of the now-vanished WMO building, down the aisles of the Congress Hall, without imagining Gordon at our side, telling us what was really going on, warmly greeting delegates from far and wide, organizing informal but essential discussions while imbibing refreshing fluids, and leading us off to a great meal at one of his favourite haunts.

The chronology of Gordon’s life and work has been laid out in glowing obituaries in the press: a brief sketch outlines a busy life. In 1929, as the USA slid into the Great Depression, Gordon joined the Weather Bureau, acquired one of the then rare academic degrees in meteorology, and pioneered forecasting services in Dallas and at New York’s LaGuardia Airport. As World War II loomed, he moved to Washington to organize aviation weather forecasting for the nation, and necessarily for the continent. This led him to work with Canada to establish a network of high-latitude weather stations, a task that naturally led to his appointment to the International Civil Aviation Organization headquartered in Montreal. In the 1950s, the International Geophysical Year (IGY) took shape, motivated in part by a desire to rebuild the networks of scientific collaboration tattered by war. Exchanges of internationally minded scientists played a major role, and Gordon was a natural choice for a year-long tour at the Soviet Antarctic station Mirny. A peak bearing his name and a roster of lifelong Russian friends bore witness to his sojourn on the ice. He then wisely shifted climates to Hawaii, and thence to Washington, where he headed the Weather Bureau’s international office.

The success of the IGY inspired Earth scientists to dream of even greater enterprises—a Global Atmospheric Research Programme to advance understanding of weather and climate, a World Weather Watch to apply advancing capabilities to weather prediction and cooperative efforts to enable all nations to contribute and benefit. The nexus of this ferment was in Geneva, WMO’s home base, and Robert M. White saw a crying need for an on-site US representative. With pole-to-pole experience, Gordon was the obvious choice and arrangements were quickly made to assign him to the US mission as a science officer. Geneva, WMO, the worldwide network of meteorologists involved in its affairs and Gordon immediately fell in love with each other.

Gordon became as much a part of the Geneva landscape as the jet d’eau in Lake Geneva or the cliffs of the Salève on the horizon. His jaunty Stetson on a table by the elevator indicated that Gordon was somewhere in the building. The hat spent much of its life there, as Gordon ceaselessly worked to build effective links between US and WMO objectives and programmes. Indeed, it was widely believed that he came to know more about WMO than anyone but the Secretary-General. Wearing his “official” hat, he ably represented the US in innumerable activities of the WMO and other scientific organizations, but all knew that he unofficially represented the world.

Particularly appreciated was his attention to the developing countries, notably the African nations. Gordon came to know everything and everybody in international science and served as an indispensable catalyst and lubricant—the one man who understood the issues, knew the pathways through politics and bureaucracy and could bring together all the interested parties in productive discussions. People who agreed on little else shared bonds of friendship and respect for Gordon. Although his contributions were seldom outwardly visible, virtually every advance in international environmental collaboration in a half a century bore his fingerprints.

But Gordon was neither cherished nor fondly remembered for bureaucratic skill or back-slapping bonhomie: he was loved simply because he was Gordon. Some of us recall meeting strangers in some odd corner of the world and discovering that we were both friends of Gordon. We recall that, when a distinguished meteorologist passed away in the course of a WMO meeting, it was Gordon who quietly comforted his widow and unobtrusively executed all the sad arrangements. We remember the convivial working sessions he hosted in his apartment that somehow seemed like home to all who entered it. We remember his kindness to new arrivals at the WMO—how he gently guided them in setting up life in a strange environment, introduced them to his favourite restaurants, entrained them into his famous mountain hikes and cross-country ski outings.

Ah, those hikes! A motley crew of Geneva regulars and whoever happened to be in town—all Gordon’s friends, since everybody was his friend—would tramp over some Alp or another, ending in some pleasant spot where Gordon could sling a hammock for a nice nap while the sausages cooked. On other occasions, we would discover that the route had been craftily arranged to end at a nice restaurant. Ah, restaurants! Gordon knew every restaurant within a day’s drive of Geneva and was, of course, every chef’s dearest friend. When WMO meetings were in progress, i.e. most of the time, there were probably more than a few occasions when more was accomplished in the course of Gordon’s lunches at the Domino Café than at the meetings themselves.

Gordon was far from being a workaholic drudge, however. His work was an important part of his life, but his great love was life itself. This quiet and physically diminutive man lived a broad, rich and passionate life. Most prominent was his love of opera. His pilgrimages to any and all operatic performances, even Wagner’s Ring, were legendary. His passion for opera extended to opera singers, at least those of the female persuasion. Indeed, he always seemed surrounded by a cloud of adoring ladies—a great frustration to friends of lesser charm!  But his family—two daughters of his first wife, Genevieve, who brightened his early years before her passing on; his brothers and sisters, nieces, nephews, grandchildren and great-grandchildren—was always near to his heart; and another wonderful woman, Kathleen Holman, became his second wife and led him into happy and serene final years.

The fugitive landscape of our memories is crowded with images of a smallish, ramrod-straight man in a raincoat, a jaunty hat perched above sparkling eyes, a dazzling smile and a warm greeting on his lips and endless crowds of friends at his side. If, as many believe, he’s moved on to an even nicer place than Geneva, we have no doubt that by now he’s organizing hikes in heavenly Alps with Mozart and Donizetti and even Wagner and of course Maria Callas—and with a throng of meteorologists at his side. But the landscape of this world is poorer for his departure.

Albert A. Chernikov, atmospheric physicist and meteorologist of world renown and former Director of the Central Aerological Observatory (CAO), Roshydromet, died of an illness on 12 March 2007.

Dr Chernikov started his career at the CAO in 1959 as junior scientist, becoming senior scientist, chief of laboratory, assistant director and, from 1980 until the end of 2005, director of the Observatory. After retirement from this post, he worked as CAO’s leading scientist.

Dr Chernikov gained his doctorate in physics and mathematics in 1977 and a professorship in 1987. His research in radio meteorology resulted in the development of numerical methods and substantiated the feasibility of using weather radar for measuring atmospheric precipitation intensity and amount. He developed and introduced to the National Hydrometeorological Service radar methods and technical aids to carry out observations of clouds and hazardous weather phenomena.

From the late 1970s, Dr Chernikov led research aimed at obtaining scientific grounds for enhancing atmospheric precipitation. Methods to act on stratiform and convective clouds were developed and successfully introduced to precipitation enhancement operations for the needs of agriculture in different regions. He also headed the development and practical realization of advanced fog-dispersal techniques at airports and on roads.

Notably, Chernikov promoted the study of the Earth’s ozone layer. Under his guidance, the Russian system of monitoring was upgraded by transforming the climatic ozone observational network to a routine operational system providing daily synoptic total ozone maps. Based on ground network and space-borne instrumentation, a domestic ozone monitoring network was created, which supplied data for a wide range of research and contributing to the global system of ozone monitoring.

Dr Chernikov published over 150 scientific papers, two monographs and a number of inventions and his work was recognized in several national awards.

He will be sorely missed by his colleagues at CAO and with CAS who remember him as a scientist of principle, mentor and as a highly educated and cultured person. He spared neither time nor trouble for other people, young scientists in particular.