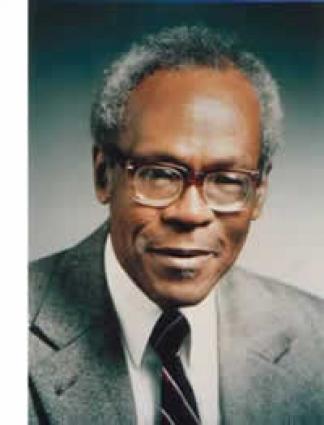 Kenneth Evan Duke Potter, Director of the Guyana Hydrometeorological Service from 1965 to 1975 and Permanent Representative of Guyana with WMO from 1967 to 1979, died in Sydney, Australia, on 10 June 2008.

Ken was born in Georgetown, Guyana, on 14 June 1935. He received his secondary school education at Queen’s College in Georgetown, then obtained a Guyana scholarship to study civil engineering at Aberdeen University in Scotland. He obtained his BSc in 1958 and a postgraduate Diploma in Engineering Hydrology from Imperial College, London University, in 1963.

Ken began his professional career in the Drainage and Irrigation Department and held various engineering posts between 1958 and 1965. When the Guyana Hydrometeorological Service was created in 1965 as a centralized Division of the Ministry of Works and Hydraulics, Ken was appointed Chief Hydrometeorological Officer—a position he held for nine years. Under his direction, the Hydromet Service developed rapidly into a well-coordinated and dynamic entity with a solid core of professional personnel.

Early in his Hydromet mandate, Ken recognized that a significant limitation to water resources assessment and development in Guyana and throughout the English-speaking Caribbean was the inadequacy of trained hydrological technicians. He accordingly sought the establishment of institutionalized training similar to that being done for meteorological technicians in the region. He became the driving force behind the creation of the Caribbean Operational Hydrology Institute (COHI), set up in 1980 with WMO sponsorship alongside the Caribbean Meteorological Institute (CMI) in Barbados.

In 1968, Ken met Lesley, a young Australian graduate student in geography, who was undertaking fieldwork in Guyana as part of her PhD programme at McGill University in Montreal. In 1971, Lesley returned to take up a position at the University of Guyana. She and Ken were married in Georgetown in 1973.

In 1975, Ken was appointed Chief Works Officer in the Ministry of Works and Transport with responsibility for coordinating and overseeing the work of the eight Technical Divisions.

In 1980, Ken served as a WMO consultant to start the operational phase of the COHI project. Several years later COHI was amalgamated with CMI to create the Caribbean Institute for Meteorology and Hydrology.

Ken had more than a professional interest in water; he was enthusiastic about water sports and none more so than rowing. He was founder member of the Georgetown rowing club. He enjoyed sailing on the Demerara River and occasionally ventured out to the Caribbean Sea and around the islands.

In 1980 Ken resigned his post in Guyana and settled with Lesley in Adelaide, Australia. From 1981 to 1992 he worked with a consulting firm on a broad range of hydrology and hydraulic engineering projects in South Australia. In 1993 he opened his own consultancy specializing in flood and drainage problems.

Ken was highly respected for his work both in the Caribbean and in South Australia. His family and many friends describe him as a gentleman, quiet and kind. It was a pleasure to have known him and worked with him and a privilege to have been his friend.

Our thoughts are with his wife Lesley and his sister Ann.