Observing our Planet for a Better Future 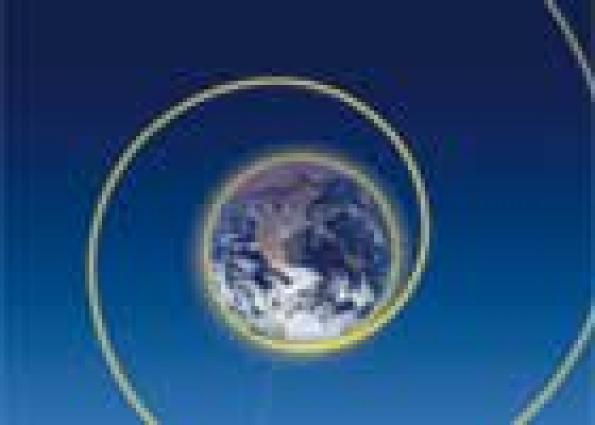 Observing our Planet for a Better Future

Message by Michel Jarraud, Secretary-General of WMO,
on the occasion of World Meteorological Day 2008

Records of ancient civilizations contain innumerable references to weather and climate and rudimentary but ingenious instruments were devised by different cultures to observe the basic meteorological parameters, often in conjunction with astronomy and astrology. By the mid-17th century, mankind was beginning to collect data systematically in search of patterns and the possibility to infer the future state of the weather; yet, although the cross-boundary nature of meteorological phenomena was intuitive enough, the concept of internationally coordinated weather observations took longer to be developed. 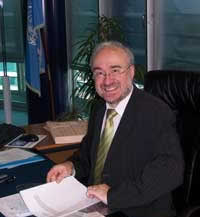 The first international meteorological network was established in 1654 by Ferdinand II of Tuscany. Seven of its stations were in northern Italy, with the other four in Warsaw, Paris, Innsbruck and Osnabrück. In Florence, 15 observations were made every day. The next major milestone came in 1780, in the form of a network of 39 stations—37 in Europe and two in North America—established by the Societas Meteorologica Palatina, the Latin name adopted by the Meteorological Society of Mannheim. Although this network existed for only 12 years, it was an important step forward, since the weather observations were carried out through standardized practices and carefully calibrated instruments. The relevant observations were included in a series of yearbooks, the Ephemerides Societatis Meteorologicae Palatinae.

The first major example of the importance of this coordinated collaboration was soon to arrive in the context of the first International Polar Year (1882-1883), a joint effort of 11 countries to establish and operate 12 stations around the North Pole and two in the Antarctic. In addition to strictly meteorological measurements, wider-scoped observations were also made in relation to geomagnetism, atmospheric electricity, oceanography, glaciology and air sampling. Over 40 observatories in different parts of the world participated in these scientific efforts.

It is noteworthy that, shortly after WMO took over IMO’s responsibilities, satellites began to orbit our planet and soon became our eyes in the sky, to provide us with pictures and other vital information of the truly global nature of clouds and significant weather. Independently, yet almost coincidentally, the electronic computer was reaching a sufficient degree of development for scientists to consider as indeed feasible the methods first proposed by Richardson in his 1922 book Weather Prediction by Numerical Methods. As a matter of fact, in the same year of 1950 that the WMO Convention entered into force, Charney, Fjørtoft and von Neumann published the first successful computer-made numerical weather prediction.

The importance of these two major technological achievements was readily recognized by the scientific community and led to the passing by the United Nations General Assembly of Resolution 1721/XVI on the Peaceful Uses of Outer Space on 20 December 1961, requesting WMO to work out a plan to harness the new opportunities. Two major outcomes of this UN resolution would be the launching of the Global Atmospheric Research Programme (GARP) and WMO’s World Weather Watch (WWW), which would soon become its fundamental Programme for standardizing, collecting, analysing, processing and distributing throughout the world, weather and other environmental information, upon the basis of which all other WMO Programmes would be sustained. The WWW began in 1963 with the approval of Fourth World Meteorological Congress. One of its three principal components was the Global Observing System (GOS), comprising all facilities on land, at sea, in the air and in outer space for the observation and measurement of meteorological parameters.

While almost 45 years have since elapsed, the WWW is today still just as fundamental to WMO as it was then, so it is constantly being updated and upgraded by WMO and the NMHSs of its 188 Members. For this reason, Fifteenth World Meteorological Congress (Geneva, May 2007) approved a cross-cutting approach to the enhanced integration of all WMO observing systems through the establishment of a comprehensive, coordinated and sustainable structure, ensuring the interoperability of its component systems, including the development and implementation of the WMO Information System (WIS), as contemplated in the WMO Strategic Plan that was also approved by Congress.

Congress decided to refer to this initiative as WIGOS (WMO Integrated Global Observing System) and assigned it a high priority. In addition, Congress noted that WIGOS should proceed in parallel with WIS planning and implementation to allow for an integrated WMO system of systems, designed to improve the capability of Members to effectively provide a widening range of services and to better serve WMO’s research programme requirements.

It is readily recognized that the enhanced integration of all WMO observing systems will considerably contribute to the provision of weather-, climate-and water-related services. A key consideration for this will be Members’ respective capacities to provide their information with the necessary resolution, accuracy, reliability and timeliness needed to meet the requirements of all users. This will demand additional research and development in order to supplement, as most appropriate, the existing observing systems. More scientific efforts will also be required to improve data-assimilation techniques and models for the observations to render the maximum amount possible of useful information.

An integrated global observing system, supported by an integrated information system, will indeed be a major contribution to realizing the socio-economic benefits to be derived from a wide range of products and services concerning weather, climate and water, with special consideration to the protection of life, livelihoods and property; health and well-being; safety on land, at sea and in the air; economic growth; the protection of natural resources and environmental quality; and for natural disaster risk reduction activities, in particular, those associated with adaptation to global climate change.

Moreover, WMO’s effort to better integrate its observing systems is a significant contribution to the initiative of the international Group on Earth Observations to develop a Global Earth Observation System of Systems (GEOSS) by building upon the existing national, regional and international systems, to further integrate their respective competencies. WMO’s observing systems are core components of GEOSS and, accordingly, the effectiveness of GEOSS will depend upon that of WIGOS.

In the context of natural disaster risk reduction, weather, climate, and water can have impacts on almost every facet of life. As you are aware, these impacts are increasing and they are especially critical for developing economies. Nine out of 10 natural disasters are linked to hydrometeorological hazards, which, between the years 1980 and 2000, caused the death of 1.2 million people and their aftermath cost more than US$ 900 billion. The provision of appropriate products and services by NMHSs to policy-makers, the media and the public has the potential to reduce significantly the impact of these events, since, although natural hazards cannot be prevented, suitable early warnings can be used to minimize considerably their harmful affects.

In recent decades, the number of vulnerable communities has also grown as a result of increased urbanization, population shifts into more fragile areas, such as coasts, lowlands, megadeltas and floodplains, and the expansion of communities into arid zones. The increase in the intensity and frequency of extreme events that is expected in association with climate change will further exacerbate their vulnerability. Decision-makers and emergency response managers will therefore require more information to formulate the most appropriate contingency plans.

In addition, the provision of weather-, climate-and water-related information is increasingly needed to support socio-economic activities, such as agriculture, transport, energy production and water resources management, all of which have the potential to provide considerably augmented developmental benefits through a moderate investment in capacity-building.

In concluding this annual Message, I would like to underscore the following: the fact that World Meteorological Day is associated this year with the theme “Observing our planet for a better future” is by no means a casual occurrence. Over the year that has elapsed since the previous World Meteorological Day, a number of crucial events have occurred, all of which have strongly emphasized the vital and unprecedented relevance of global observations.

Firstly, let me recall that the theme of World Meteorological Day in 2007 was associated with the launching of International Polar Year (IPY) 2007-2008, which WMO co-sponsors in partnership with the International Council for Science. I can easily highlight today, at the beginning of the second IPY year, that the importance for WMO of having embarked in this scientific enterprise is being justified daily by the observational results derived from the polar regions. For example, at the end of the 2007 sea ice melt season in September, the average “sea-ice extent” was barely 4.28 million square kilometres, the lowest value on record and 23 per cent below the previous record set just two years earlier. For the first time in recorded history, the disappearance of ice across parts of the Arctic opened to navigation for a few weeks the legendary Northwest Passage, which for centuries had been the quest of explorers and traders.

Secondly, and in a similar context, the Intergovernmental Panel on Climate Change (IPCC) that WMO has co-sponsored since 1988 with the United Nations Environment Programme, recently finalized its Fourth Assessment Report. In particular, the IPCC notes that warming of the climate system is unequivocal, as is now evident from observations of increases in global average air and ocean temperatures, widespread melting of snow and ice and rising global average sea-level. It also states that most of the observed increase in globally averaged temperatures since the mid-20th century is very likely due to the observed increase in anthropogenic greenhouse-gas concentrations. Furthermore, the IPCC says there is high agreement and much evidence that, with current climate change mitigation policies and related sustainable development practices, global greenhouse-gas emissions will continue to grow over the next few decades.

Then, shortly after the final part of the Fourth Assessment Report was released in Valencia, Spain, in November 2007, the IPCC received in Oslo, Norway, the 2007 Nobel Peace Prize, shared with Albert A. Gore Jr, “for their efforts to build up and disseminate greater knowledge about man-made climate change, and to lay the foundations for the measures that are needed to counteract such change”.

Finally, the 13th session of the Conference of Parties (COP-13) to the United Nations Framework Convention on Climate Change (UNFCCC) was held in Bali, Indonesia, in December 2007. The COP welcomed the IPCC Fourth Assessment Report and expressed its appreciation and gratitude to all those involved in the report for their excellent work. The COP recognized that the Fourth Assessment Report represents the most comprehensive and authoritative assessment of climate change to date, providing an integrated scientific, technical and socio-economic perspective on relevant issues. It invited the IPCC to continue to provide timely information to Parties to the Convention on the latest scientific, technical and socio-economic aspects of climate change, including mitigation and adaptation. The COP also adopted the revised UNFCCC reporting guidelines on global climate change observing systems.

During the COP-13 session, WMO underscored the fact that many vulnerable developing countries already have considerable difficulties in maintaining their observational networks and will need increased support in terms of capacity-building. Furthermore, WMO stressed that improved scientific research, climate monitoring and prediction are all key elements for the protection of life and property, so that these countries should be empowered to use early warning systems most appropriately within their natural disaster risk reduction activities, thereby contributing to their sustainable development.

Once more, WMO has risen to the challenges imposed by the need for sustainable development, the reduction of loss of life and property caused by natural disasters and other catastrophic events related to weather, climate and water, as well as to safeguarding the environment and the global climate for present and future generations. Indeed, the new preamble to the WMO Convention, which was adopted by Fifteenth World Meteorological Congress, recognizes this role and the importance of an integrated international system for the observation, collection, processing and dissemination of meteorological, hydrological and related data and products.

I therefore wish to congratulate all WMO Members on the occasion of World Meteorological Day 2008.