Predictions Will Get Sharper 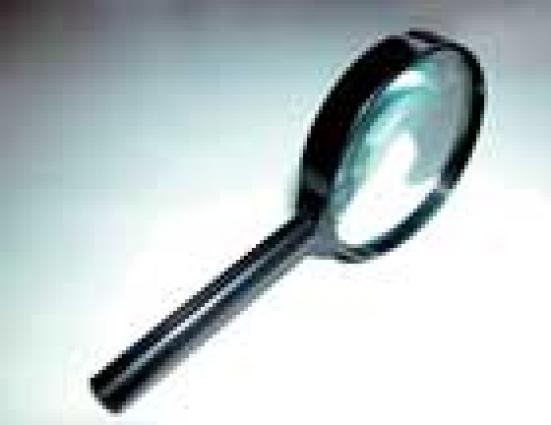 Predictions Will Get Sharper

Better forecasts are a great scientific achievement, and will get sharper, says Eugenia Kalnay, winner of the 2009 International Meteorological Organization Prize. WMO has been in the forefront of the scientific collaboration to make this possible. Getting news about forecasts to the right audiences is the next challenge.

Q: How do you relate your scientific work to the real world? And how do you see it evolving in the future?

Dr Kalnay: I’m lucky to be working in atmospheric sciences. It’s a fascinating subject. Working in meteorology is like working in physics, but without the danger of anybody saying, “So why are you doing that? What is the use?” What we do is incredibly useful, especially since it is not national or regional, but global. I always feel fortunate that I do physics and mathematics of the atmosphere and my work contributes to the betterment of humanity.

Meteorology has shown leadership very early in having a world organization, when that was a new thought for science. But meteorology has always been international. WMO is totally essential for weather prediction. The leadership of WMO in collating observations and in sharing data and forecasts is unique in the world.

Q: Could you give some real instances where your modelling and predictions made a noticeable difference to people?

Dr Kalnay: As Director of the Environmental Modelling Centre of the US Weather Service (National Centers for Environmental Prediction), I was in charge of improving models and data assimilation – the use of the satellite and regular data – for improving forecasts.

Dr Kalnay: Forecasters did not have enough information. In the north, about 80 per cent was covered with good observations; in the southern hemisphere, 15-20 per cent was covered. We have a very good network of radiosondes in the north, except over the oceans. In the south, except for a few areas of land in South America, bits of southern Africa and Australia and New Zealand, there are no radiosondes.

Q: Do you think we’ve reached the pinnacle in our ability to predict the weather and climate?

Dr Kalnay: That’s a very good question. In 1963, Lorenz introduced the idea that the atmosphere is chaotic and therefore cannot be predicted forever, showing that we cannot go beyond two weeks. Weather forecasts in the northern hemisphere were for one or two days; a two-week forecast was out of the question. Nowadays, ten days is the norm. So we are getting close to the limit of theoretically-based predictability that is still true.

Yet there are areas within predictability with a lot of room for improvement. Short-range forecasts can become more precise, with more research, better models and data assimilation. Instead of saying it will rain in the afternoon, we should be able to say rain from 1 to 3 p.m., or a severe storm will arrive the next day at 5.30 p.m. in a precise area.

On longer-range forecasts, we have a lot yet to exploit by doing research on the predictability of much slower anomalies. El Niño is an example, where we make forecasts for six months, but should be able to make good forecasts for at least a year. I think the next 20 years will see a major improvement in the current forecast of the coupled ocean-atmosphere. The longer predictability for El Niño comes from the longer time scales of the oceans, which has coupled instabilities with the tropical atmosphere, namely the El Niño phenomenon that influences the whole world.

With respect to long-term climate prediction like climate change, we also have a lot of knowledge already, and that knowledge is growing every day due to more research.

Dr Eugenia Kalnay is winner of the 2009 International Meteorological Organization Prize. The prize is WMO’s highest scientific distinction, and has been awarded annually for over 50 years.

Dr Kalnay is a leader in global numerical weather and climate prediction and analysis, including data assimilation and ensemble forecasting. Born in Argentina, she studied at the University of Buenos Aires. She then went on to the Massachusetts Institute of Technology in the USA, where she was the first woman to obtain a PhD in meteorology, and the first female professor in the Department of Meteorology there.

She is currently Distinguished University Professor in the Department of Atmospheric and Oceanic Science at the University of Maryland. Previously she served as a director within the US National Weather Service, where she launched many successful projects related to seasonal to interannual predictions, ensemble forecasting, variational data assimilation and coastal ocean forecasting. Author of numerous publications, she has received numerous awards, and is a member of the US National Academy of Engineering. 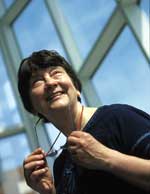 Q: Any message for women researchers and scientists in this field?

Dr Kalnay: I was the first woman to get a PhD in meteorology at MIT, the Massachusetts Institute of Technology. That was a big surprise to me, because I come from Argentina, and 30 to 40 per cent of students in sciences were women. So I assumed that the United States of America, being more advanced, would have about 50 per cent women. But I was the only one.

The world has changed so much for the better. I really believe women have so much to give – both as scientists and as people. The situation of women has improved immensely. More than half of the university students in the USA tend to be women. But there are lower expectations, given that leadership is still mainly in the hands of men. Women should not hesitate to become scientists when they have the inner desire to do research. They have a lot to contribute. Humankind is much better off because the brain productivity in research has doubled by including women.

Q: For the 60th anniversary of WMO, what would be your message?

Dr Kalnay: Meteorology is so wonderful in being global and interactive. We should all be proud of what WMO has accomplished in its 60 years of existence. WMO has to be proud of everything done in an international arena - having countries share data, and helping countries with less access to technology and forecasts. The sharing of data spells progress for everybody. For instance, countries in South America got access to global forecasts made in the northern hemisphere, and now some make their own global and regional forecasts.

One of the highest triumphs in science has been the way forecasts have improved – from two days in the northern hemisphere and half a day in the southern hemisphere, to being accurate for a week or more.

At the same time, we have so much more to give to humanity by doing research in climate change and extending the forecasts to longer ranges by using predictability associated with phenomena like the El Niño Southern Oscillation, the Madden-Julian Oscillation, soil moisture and snow cover. The aim is to extract predictability in every possible way.

The most important challenge is to convey the information of forecasts, climate change and demographics – helping people understand why we must limit population growth and greenhouse gas emissions. We have to transmit that information to all countries, and help those with the least opportunities and resources.

Q: How can countries improve their response to better forecasts?

Dr Kalnay: The developed world has to help the developing countries, for a more fair distribution of wealth. With the Internet, even poor countries can get access, and have knowledge distributed at least through government institutions. We should collaborate with multinational organizations and developed countries to provide user-friendly information. For example, farmers in developing countries should get short-and medium-term forecasts for droughts, floods and temperatures. We also need to support capacity-building in the developing world so that people can make use of this localized information. It is a responsibility from both sides.

Education for girls is absolutely essential for the welfare of developing countries. If girls do not go to school, we miss half of our possibilities to improve our society. The best way to address issues of demographics and climate change is through outreach to women and girls.

Q: How can we make stronger links between climate predictions and related services for people?

Dr Kalnay: First, climate services and knowledge that people need is best provided by “chains of knowledge,” where large research and operational organizations carry out the research and model computations on a global scale. Regional climate centres can then explore these global products to develop specific regional forecasts.

Second, it is essential for each country to have organizations that can translate the results in a way that is useful to users, such as farmers.

Finally, it is important to convey both the forecasts and their uncertainties. For example, rather than stating, “this summer will be dry,” we can say, “the odds that the summer will be dry have increased to 60 per cent.”

Small measuring device with a radio transmitter and sensors for pressure, temperature and humidity, carried by weather balloons filled with helium or hydrogen.

Often called simply El Niño, this climate pattern causes extreme weather such as floods, droughts and other weather disturbances in many regions around the world. It occurs across the tropical Pacific Ocean, on average every five years (the period varies from three to seven years). Surface temperature variations of the tropical eastern Pacific Ocean are coupled with changing atmosphere, cloud and rainfall patterns in the tropical Indo-Pacific region. What causes the swings is still under study.

This climate pattern is marked by a 30 to 60 day swing in the tropical atmosphere, mainly over the Indian and Pacific Oceans. Unlike El Niño, it is a travelling pattern, moving eastward, with both enhanced and suppressed tropical rains. The oscillation has a strong impact on Indian summer monsoons, and a lesser one on North American tropical cyclones. 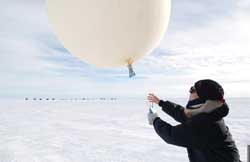