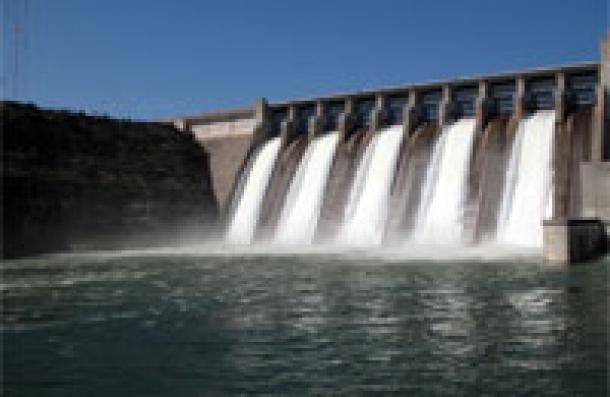 Water managers and engineers sometimes make use of climate information and predictions at a range of temporal and spatial scales, and at other times use their own techniques to account for climate variability. In the longer term, the impacts of global warming will become of greater interest to water managers, as will improved short-and medium-term climate and hydrological predictions. For the short (e.g. up to three months ahead) to medium (inter-annual) term, some knowledge of climatology and climate variability will be useful for water managers, engineers and decision-makers.

This article presents a brief overview of climate and hydrological information and prediction, and links between National Hydrological Services (NHSs) and water managers “downstream”.

A number of NHSs or their equivalent are now taking advantage of regular climate outlook information to produce regular (monthly) hydrological predictions. The predictions, usually looking three months (a season) ahead may be particularly useful for the freshwater sector, for such uses as irrigation scheduling, water resources management, hydropower operations and hazard mitigation (floods and droughts). Typical variables predicted, based on good climate data and predictions (air temperature and rainfall) and good hydrological data, include soil moisture status, likely mean river flows and groundwater and lake levels for the season ahead.

Many water resource managers use their own techniques to account for climate variability on seasonal and longer time scales. For example, in designing a flood-protection scheme, a water engineer will estimate the flood frequency for a river location, estimating the flood peak flow magnitude of a given risk of occurrence. If the protection scheme has a design life of 50 years ahead, then engineers are aware that climate change, climate variability and upstream land-use change all have the potential to impact upon the frequency of occurrence of river flood peaks. Assumptions of future scenarios are often factored into designs to try to account for future changes.

Some National Meteorological Services (NMSs) and related climatological agencies produce climate information and predictions for one to three months ahead and beyond, on a regular basis for their country and surrounding region. Typical information produced includes status of rainfall and air and sea temperatures for the immediate past period, and predictions of the likelihood of rainfall and air temperatures for a season ahead. Users of this information include the water sector.

In some cases, NHSs and related hydrological agencies engage with their climatological counterparts to produce corresponding “downstream” predictions of terrestrial hydrological variables such as soil moisture, river flow, lake and groundwater storages. Water managers, recognizing that climatological and hydrological predictions at time-scales of seasons and beyond are inexact, make some use of the predictions available but also rely on their own methods to account for climate variability and change.

Climate prediction relies upon global signals, such as the status of the El Niño Southern Oscillation (ENSO) (interannual), the Interdecadal Pacific Oscillation, and their implications (from previous records and science) at regional and country scales. Local scientific knowledge on circulation and seasons, and developed statistical prediction tools such as similar past analogous situations and regression schemes, are used to predict climate variables one to three months in advance. Over ten global climate models provide predictions on the state of Pacific sea-surface temperatures and ENSO up to nine months ahead.

Typically, climatologists take into account all available information to form a consensus view to predict seasonal outlooks of variables such as air temperature and rainfall.

New Zealand’s National Climate Centre has predicted ahead three-monthly rainfall, air temperature, soil-moisture levels and streamflows for six internal regions since 1999. The predictions are published in a monthly newsletter “The Climate Update”, and also made available through the Internet and media releases. Users of the soil-moisture predictions include the agricultural and horticultural sectors. Users of the streamflow predictions include hydro-power and irrigation companies and local government bodies responsible for water resource and hazard management.

The method used to translate the climate predictions to “on the ground” soil moisture and river flow predictions in essence relies upon routine (monthly, standard operating procedures) communication between the Centre’s climatologists and oceanographers (based at the National Institute of Water & Atmospheric Research (NIWA) offices in Wellington and Auckland) and hydrologists (NIWA’s Christchurch office). Over the nine years of routine, monthly operations, a greater understanding has developed between the two science areas and an increased awareness of each other’s discipline and terminology. At the same time, an operational environmental forecasting capability (up to six days ahead) has been developed amongst the weather scientists, oceanographers and hydrologists.

In 2001, the Centre’s seasonal soil- moisture and streamflow predictions changed from simply “above normal, normal or below normal” predictions for the time of year, to quantitative “probabilistic” predictions— predicting “tercile” probabilities of three-month soil-moisture levels and mean river flows being in the top, middle or bottom third of their distributions (Figure 5).

Reliable records of river flows can be presented in near-real-time as indicators of extreme situations, such as continuing drought conditions or the status of flooding (e.g. Figure 6). As with Figure 4, knowledge of the status of river flows now is useful as initial conditions for making monthly and seasonal predictions ahead and shorter-term flow forecasting (up to four days ahead).

Usefulness of climate information for water managers and engineers

An expert meeting on the climate information needs of the water planning and management community was held at WMO Headquarters in 2006. The objective was to provide a platform for dialogue between water managers and climatologists and to consider a project concept to facilitate and expand the use of climate information in water resources management and its use in water resources planning and operations. The meeting enumerated a set of conclusions that should guide future interactions of the water-management and climate-information communities, including:

The meeting also provided inputs to the concept of pilot projects to facilitate NHSs in meeting the new expectations that have emerged due to awareness about climate change. Based on this concept, two pilot projects have been initiated in Mexico and Egypt. Based on the little experience gained thus far, it is clear that WMO, working as it does with both the climate scientific and hydrological communities, is in a unique position to provide the much needed support to facilitate this multi-stakeholder activity under the overall guidance of the Commission for Hydrology with support from the Commission for Climatology. Both commissions are in a prominent position to contribute with expert advice, in view of their membership which comprise experts from WMO’s Member countries.

Water engineers, and most of the agencies in charge of water management do not yet rely that much on forecasts that extend normal weather models by using ENSO and other type indicators, because of the large uncertainties. It is the engineers who are responsible for planning and designing water projects, rather than the hydrologists, climate forecasters or meteorologists. Recent articles (Welles et al., 2007) testing the predictive skill of hydrological forecasts at short time-scales demonstrate there are still large uncertainties. This is one principal reason why water managers and engineers, who make project decisions and are accountable for the consequences, do not have full confidence in the predictions and forecasts over a range of time scales derived from climate and hydrological models.

A range of hydrological modelling tools are being developed (e.g. Sorooshian et al., 2005) to better model hydrological processes at an appropriate range of temporal and spatial scales, in parallel with the development of global/regional/mesoscale climate models. Links between the climate and hydrological models may facilitate physically based and scientific short-to medium-term climate and hydrological information and predictions of more practical use to water managers. Identical physically-based climate models are now used at temporal scales from short-term weather forecasting to century-scale climate change modelling. Likewise, physically based hydrological models (e.g., Bandaragoda et al., 2004), linked with the climate models, are being tested for forecasting and prediction at a range of time spans ahead. Such multi-model ensembles and downscaling techniques might improve prediction skills and reduce the current large uncertainties within the next 25 years.

To validate climate and hydrological models, ongoing monitoring and data storage, quality assurance and analysis needs to be maintained to at least their current levels.

Ideas and discussion from colleagues and WMO staff attending the 2006 WMO workshop on use of climate information by water managers, particularly Harry Lins, Eugene Stakhiv, Wolfgang Grabs and others, is much appreciated. Colleagues from NIWA’s National Climate Centre are thanked for Figures 1-5. Encouragement and interest from Avinash Tyagi, Gabriel Arduino, Mohamed Tawfik and Rupa Kumar Kolli of WMO’s Climate and Water Department is also acknowledged.

Welles E., S. Sorooshian, G. Carter and B. Olsen, 2007: Hydrologic verification: A call for action and collaboration. Bulletin of the American Meteorological Society 88(4), 503-511.