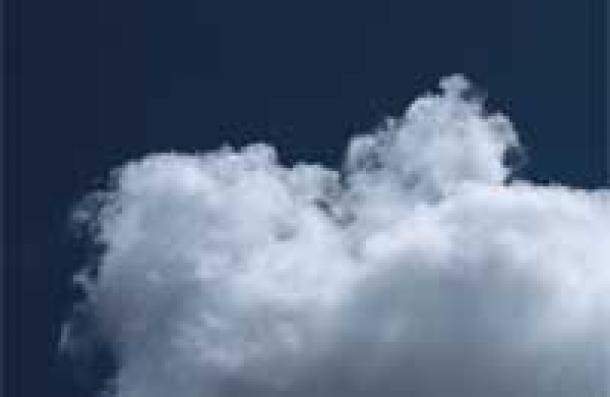 The term “sustainable development” refers to economic and social development enabling current needs to be met without compromising the ability of future generations to meet theirs, as defined in the “Brundtland report” submitted to the United Nations General Assembly in 1987 by the World Commission on Environment and Development. It links the three fundamental aspects of economic, social and environmental aspects in such a way that economic development, combined with evolving technologies and social organization, guarantees a certain level of social well-being that is compatible with environmental conservation. This implies the assumption that natural resources are finite (quantity) and limited in the possibilities for their use (quality).

Freshwater may be the most valuable resource but it is most certainly an indispensable one and demand for it increases with population and its level of development. Moreover, its quality may be greatly affected by the rising population while the available quantity does not increase and, in many parts of the planet, it is already insufficient. Whether or not climate change brings a reduction in available water resources, which would aggravate the problem further, the fast rate of population growth imposes a pessimistic outlook unless large changes are made to its use and management.

The above relates to water as a natural resource, but water is also the origin of a known risk of enormous material damage and loss of life from flooding. Floods are natural phenomena that make certain areas dangerous for society when they are heavily populated (exposure to hazard) or when they contain goods and services (vulnerability).

This article reflects on the concept of sustainable development in relation to a basic concept of hydrology: the hydrological cycle.

Brief description of the hydrological cycle

Most of planet Earth is covered by a layer of salt water. The evaporation process over the sea causes some of the dissolved salts to be removed from the water and incorporated into the atmosphere on reaching the gaseous state. This requires a large amount of energy, which the Sun provides. The moisture is transported by the wind and transformed into a liquid or solid state to form clouds and may be precipitated over the planet’s land masses. Snowmelt and rainfall runoff cause the liquid water to form rivers and lakes and flow downstream to the sea, thus completing the cycle.

This is only a simplified conceptual outline of something which is in reality much more complex. The evaporation from freshwater bodies must also be considered as enormous quantities of water thereby turn into vapour again. Part of the water in liquid state (that which falls as rain or is in contact with the ground in the form of rivers, lakes or snow or ice cover) filters down into the ground, saturating part of it and creating underground storage or aquifers. Groundwater also moves, part of it reaching the sea directly and the rest feeding rivers at their source or through an intermediate reach. Another consideration is the water’s return to its liquid phase directly in the atmosphere through the transpiration of plants, which, in the process, remove part of the water contained in the ground and retain part of the rainfall in their foliage.

The hydrological cycle must also be considered in relation to water-quality analysis or management, i.e. the fitness of the water for use by people or other living beings on the planet. Water is in contact with materials which it removes and transports in suspension or in solution, because water is a very strong solvent. As a result, water has very different degrees of quality which can be affected by natural or anthropogenic factors. Except on rare occasions, floodwater is not fit for human consumption but can be made so through natural settling, filtering or biodegrading processes, which are imitated in water-treatment plants (prior to consumption) or sewage treatment plant (prior to the water’s return to the environment).

The use of water (e.g. for human consumption, agriculture, stockraising, industry and mining) entails pollution in one form or another, hence a great reduction in water quality. The way in which water is returned to the environment is very important for its subsequent use. If a quality deviation is introduced into the hydrological cycle, various infections can predictably occur and be transferred from one place to another, mainly following the basin downstream, but also following other flow possibilities. Water of inappropriate quality that is poured into a river can thus pollute aquifers or greatly infect lakes and seas that are important for other resources, such as fish. Nevertheless, some forms of water pollution may be transported by sea currents or winds to places far away.

A complex balance, sensitive to change

The hydrological cycle is associated with a complex balance of the planet’s water in its various forms and proportions. It is liable to natural variation, as well as changes caused by humans. The move towards another type of balance (if it is currently in balance or if this balance is possible indefinitely) may affect not only the quantity of water involved in the hydrological cycle, but also the quality of the resource in its various forms.

The hydrological cycle is intimately related to the climate because of the special physico-chemical properties of water and the large volume in which it exists (in the oceans and atmosphere and on land). Climate cannot be explained without the water in the atmosphere, the movement of water in the oceans and the hydrological cycle. Despite the strong interdependence of the latter and climate, great difficulty persists in quantifying each of the related processes.

Human activities, especially those aimed at regulating water as a resource (in its various uses, in the use of the land or in peak reduction works to avoid flood damage), alter the hydrological cycle. These alterations are increasingly large because of population growth and the rising standards of living. They must therefore be considered because of the associated changes to the environment and future uncertainty related to the possibly diminishing resources and aggravated extreme weather events, such as droughts and floods.

One hydrological issue that is little understood by the general public concerns the spatial scope of the phenomena. One of the current paradigms, supported by reason as well as practice, is that good water resources management or flood management should be structured according to the geography of the natural basins, with the space partitioned by orographical watersheds. This facilitates a fairly general view of the problems associated with water management and better decision-making. Consideration of the hydrological cycle, however, should have a more global vision. First, consideration of groundwater brings a new set of natural limits that may be independent of the hydrographic basins (a concept intrinsically associated with surface water) and usually exceeds the latter’s geographical range. In addition, in view of the above, the phenomenon cannot be considered in isolation on the planetary scale.

We establish geographical limits for an understanding of the world or for managing resources, but they do not exist in reality, which becomes more obvious over long periods of time.

Another point that is little understood, including by specialists since the state of science and technology has considerable limitations, concerns the various time-scales on which the various natural processes take place. This may lead to mismanagement, especially over long periods. For example, in the case of a cause such as rainfall, we at least observe the effects such as water-level increases in rivers at hourly or shorter intervals, since, in large basins, the lag between cause and effect can be days, weeks or months. Despite this, the cause and effect of this type of phenomenon are clearly related. The development of other phenomena takes place over much longer periods, for example those related to groundwater, to the accumulation of pollutants or sediment transport. This is not a generalization, since individual cases vary distinctly, but in cases when the effects appear late, it is because human perception may be less aware of them. Fortunately, in these cases, there is a longer time for response, correction or adaptation, but, on the other hand, more time is also needed for corrective action.

Monitoring and study of the processes

The above is an attempt to describe the complexity and importance of issues related to the hydrological cycle. Both aspects call for further study of the processes and subprocesses involved in order to lay the basis for rational, sustainable management. The knowledge will be based on both studies and observation—in other words, on monitoring all the related natural or social phenomena. We thus reach another aspect requiring greater awareness and a newly global vision, which is described below.

At present, there are observations with useful historical records for a small part of the planet, while large land areas do not have measurements permitting quantitative analysis. When a phenomenon occurs in one part of the planet, it may affect other parts, since countries are in no way independent as regards water problems. This is the rationale for an approach that also takes account of the fundamental ethic of solidarity. The richer countries require measurements and observations from the poorer countries to achieve greater understanding of what is occurring. They are also interested in ensuring the best possible management of water resources and managing flood risk as far as possible, since, with increasing globalization, risk can spread further.

Need for education and training

The increasing complexity of society, the management of natural resources requiring greater rigour and wisdom and the need for a vision of the future in making decisions and policies aimed at ensuring participative processes, all necessitate a rational basis, the training of specialists and professionals, and public education.

The complexity of the problems demands professionals and specialists with a high level of training and experience. This implies not only individual capacities but also institutions with sufficient strength and independence to guarantee rigorous work.

Public education, public information and transparency form the basis of policies that are in line with the foundations of democratic systems. The understanding of a complex reality by the population will make the latter less vulnerable to simplistic ideas that are often called demagogic, which ultimately have such bad consequences. To speak of sustainability is to speak of the future, which is that of our children and their descendants; this is why efforts are needed for training in the field of water to be accompanied, without much more effort, by raising awareness about the related problems.

This article has attempted to describe the complexity and importance of the problem of water, as well as the relationships and dependencies between society and water, this with the intention of fostering a global, general vision. The solution to current and future problems requires efforts as regards observation and measurement, education and training, integrated management and some ideas that may be considered fundamental to, or in line with, the principles of transparency, solidarity and sustainability.