Weather, Climate and the Air We Breathe 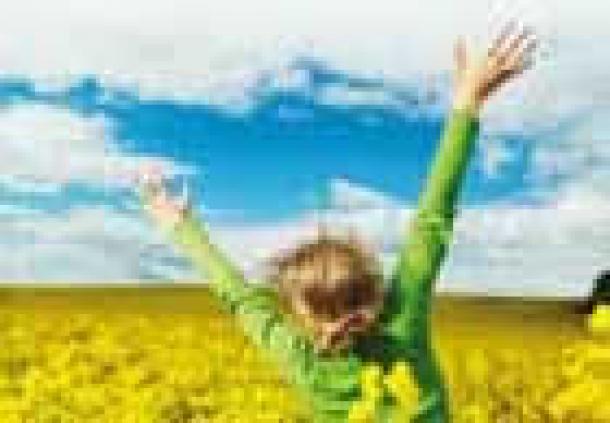 Weather, Climate and the Air We Breathe

Message by Michel Jarraud, Secretary-General of WMO,
on the occasion of World Meteorological Day 2009

One year after this restructuring, in 1951, WMO became a specialized agency of the United Nations system. Today, with a much larger membership that comprises 188 countries and territories, WMO has expanded its mandate to include water and environmental issues.

Since it has become traditional to focus the annual celebration of World Meteorological Day around a relevant theme, the 59th session of the WMO Executive Council decided in May 2007 that the theme in 2009 would be “Weather, climate and the air we breathe”. Such a theme is particularly appropriate at a time when communities around the globe are struggling to attain the United Nations Millennium Development Goals, especially in terms of health, food, water security and poverty alleviation, as well as to increase their effectiveness in preventing and mitigating natural disasters, of which 90 per cent are directly related to weather, climate and water hazards and thereby fall within WMO’s mandate. Moreover, scientists and medical professionals are increasingly aware of the critical linkages between weather, climate, the composition of the air we breathe and their effects on human health.

For many centuries, humans managed reasonably well to adapt to the impacts of weather and climate by adjusting shelter, food production, energy provision and lifestyles in harmony with climatic and environmental conditions. However, over the last decades, population growth, increased energy usage and industrial development have contributed to the emission of gases and particles that can, and do, affect human health. Thus, asthma, heart disease, lung cancer and many other medical conditions have been exacerbated, or even caused, by declining air quality. In addition, air pollution impinges on the global economy, food and water security and sustainable development, by damaging plants, crops and ecosystems.

It is interesting to recall that Hippocrates (c. 460–377 BC), considered by many as the “father of medicine”, rejected superstition in favour of scientific observation, classified diseases and established sets of moral and professional standards still held valid today. In particular, his 5th century BC work “On airs, waters and places” considers the effects of climate, water supply and regions on human health and compares the geophysical conditions of life in Europe and Asia. At the time of Hippocrates, it was generally accepted that there were just four elements: earth, air, fire and water with their corresponding qualities of coldness, dryness, heat and wetness. If these were present in the human body in the right amounts and at the right places, then good health resulted, but if the equilibrium was destroyed, then so too was health. Today, we know that trace gases and particles in the air have a significant impact on climate, weather and air quality.

Meteorologists, climatologists and atmospheric chemists are currently contributing to the mitigation of the impacts of weather, climate and the quality of the air we breathe by working together to provide medical professionals and environmental scientists with predictions and analyses of the atmospheric distribution, concentration and transport of gases and particles in the atmosphere.

As early as the 1950s, WMO was pioneering the coordination of atmospheric composition observations and analyses. Information on greenhouse gases, aerosols and ozone, as well as the classic meteorological and hydrological observables is now acquired regularly, using global networks of surface-based in situ and remote-sensing stations, balloon-borne sondes, aircraft and satellites. This has contributed to understanding the changing chemical composition of the atmosphere and has formed the scientific basis for our present knowledge of the effects of weather and climate on air quality, as well the reciprocal impacts of air constituents on our weather and climate.

Numerous examples of this groundbreaking WMO activity can be traced back to scientific studies, launched in the context of the International Polar and Geophysical Years, through the work of the National Meteorological and Hydrological Services (NMHSs) of WMO Members and in collaboration with other international organizations. In this respect, WMO has been actively involved in international efforts to assess our evolving atmosphere in terms of air pollutants such as ground-level ozone, smog, particulate matter, sulphur dioxide and carbon monoxide, most of which have directly resulted from the industrial, urban and vehicular combustion of fossil fuels. WMO was a founding organization in the establishment of three major international conventions related to atmospheric composition: the United Nations Economic Commission for Europe Convention on Long Range Transboundary Air Pollution (1979), the Vienna Convention on Protection of the Ozone Layer (1985) and the United Nations Framework Convention on Climate Change (1994). Today, WMO continues to support these vital international mechanisms for global action. 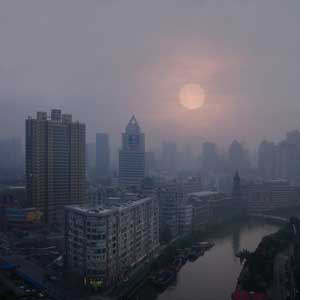 Many of the air-pollutant by-products of the industrial revolution are also responsible for other changes that we currently perceive in our climate, that are outside the range of natural variability that we had come to expect from astronomic and geophysical effects alone. The WMO co-sponsored Intergovernmental Panel on Climate Change (IPCC) released its Fourth Assessment Report and received the prestigious Nobel Peace Prize in 2007. Its conclusions are that climate change is unequivocal and very likely due to the increased anthropogenic emissions of greenhouse gases. The IPCC has further anticipated an increase in the frequency and intensity of floods, droughts and other weather and climate extremes as a result of a warming climate, in particular heat waves, which can have adverse effects on human health, exacerbate pollution events and spark wildfires.

Wind, rain, snow, sunlight and temperature can have various degrees of incidence on the transport and permanence of atmospheric pollutants. Urban heat can trap pollutants, whilst rain and snow tend to wash them from the atmosphere into the ground and oceans. Scientists can thus use meteorological models to advantage in evaluating and predicting air-pollution patterns. Timely, relevant and accurate air-quality predictions therefore contribute to protecting lives and property and complement the more traditional meteorological forecasts.

While the development of regional air-quality forecasts has considerably improved over the last 30 years, delivering them to local communities in a timely fashion is often still a challenge. Yet air-quality forecasts are being issued by an ever-increasing number of NMHSs, many of which also provide a wide variety of locally appropriate, user-friendly, air-quality indices and advisories, such as colour-coded schemes. Since the way in which each region issues its advisories varies considerably, WMO facilitates training to maximize the effectiveness of air-quality products and their societal benefits.

Never before have these products been so necessary. The World Health Organization (WHO) has estimated an average of 2 million premature deaths every year on account of air pollution. Even relatively low concentrations of ozone, particles and related pollutants can have pervasive effects on respiratory and heart conditions, particularly in developing nations, so air-quality forecasts offer vital early warning capabilities and help to mitigate the dangers associated with atmospheric pollutants.

As megacities grow and spread, urban pollution is affecting more and more people throughout the world. About half the global population lives in large cities, many of which lack any form of air-quality monitoring, especially in developing countries. Therefore, mobilizing resources and developing appropriate policies to monitor and address air pollution in these countries is an additional and mounting challenge. The WMO Global Atmosphere Watch (GAW) and the World Weather Research Programme are actively expanding the suite of air-quality services currently available through the NMHSs of WMO Members. A number of projects have already been launched in several countries to improve air-pollution forecasting and prevention of the associated impacts.

Besides coordinating air-quality forecasting, WMO promotes air-pollution research. Particles in suspension—or aerosols—are critical in determining the absorption or reflection of heat by the Earth’s surface, clouds and atmosphere, as well as the formation of these clouds and precipitation. Although rain washes most aerosols from the lower atmosphere within days, some particles may persist for longer periods in the drier air masses and the upper atmosphere with varied effects. Accordingly, aerosol studies have become a major research area and will be a principal component of next-generation climate-and weather-prediction models.

Air quality is also critical in terms of sand and dust content, which reduces visibility, damages crops and affects local climate. Addressing the specific challenges of sand- and duststorms is a major objective of the WMO Sand and Dust Storm Warning, Assessment and Advisory System, which facilitates development of daily sand-and duststorm forecasts and their transfer to global operational centres, as well as research and assessments of sand-and duststorm impacts. Several WMO Members and partner organizations are currently engaged in the research and forecasting of these hazardous phenomena, which especially impact northern Africa, Asia and North America.

In addition, the NMHSs of WMO Members and some of WMO’s partner organizations have a key role in the monitoring of, and the response to, environmental emergencies. During such an emergency, in which dangerous substances may be released, such as an industrial chemical spill, a volcanic eruption, an aerial vector-borne disease or a nuclear plant accident, meteorologists can help to predict their subsequent dispersion and propagation. In this respect, WMO’s Emergency Response Activities programme facilitates numerical modelling of airborne contaminants by a number of WMO Regional Specialized Meteorological Centres, in close collaboration with WHO, the International Atomic Energy Agency, the International Civil Aviation Organization and other partners.

Through its air-quality-related programmes, WMO and the NMHSs of its Members strive to increase awareness of the close relation between weather, climate and the air we breathe by providing the most relevant and authoritative information to decision-makers and the public. This is a collaborative effort that requires the cooperation of all communities and sectors and its significance will be reflected this year in the context of World Climate Conference-3 (WCC–3), which will be held in Geneva from 31 August to 4 September.

In the course of this vital effort, the NMHSs will continue to provide the main thrust in protecting human health and the environment. I am confident that the theme of World Meteorological Day 2009 will contribute to further engage all WMO Members and partners at the highest level and I wish to congratulate them wholeheartedly on this occasion.