Working to Standardize Instruments and Methods of Observation 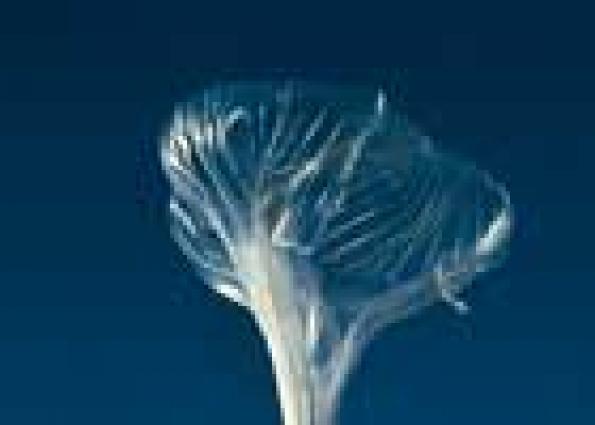 Working to Standardize Instruments and Methods of Observation

Requirements for high-quality observational data and their worldwide compatibility were a governing principle when the International Meteorological Organization (IMO) was established in 1873. Thus, it was necessary to define technical standards, conduct instrument intercomparisons, testing and calibration, and implement quality-control procedures. These responsibilities were assigned to the Commission for Instruments and Methods of Observations (CIMO), one of the first commissions established by IMO. When IMO was replaced by the intergovernmental WMO in 1950, CIMO continued its mandate under the new establishment and was designated as the corresponding Technical Commission for the Instruments and Methods of Observation Programme (IMOP). Since then, standardization responsibilities of CIMO have significantly expanded, to cope with the fast development of measuring technology, to guarantee the traceability of measurements to the International System of Units (SI).

The WMO Guide to Meteorological Instruments and Methods of Observation (CIMO Guide) is the most influential of WMO publications as regards standardization of observations. The first edition of the CIMO Guide was published in 1954 and consisted of 12 chapters. The fifth edition (1984) has 25 chapters, while the latest seventh edition (2008) has 34 chapters, covering the whole range of instruments, systems and techniques in regular use, from the simplest to the most complex and sophisticated.

The purpose of the CIMO Guide is to give comprehensive and up-to-date guidance on the most effective practices for carrying out meteorological observations and measurements. It provides guidance to measurements and observations of variables related not only to weather and climate applications but also to environmental (ozone, atmospheric composition) and, partially, water (precipitation, evaporation, soil moisture) applications.

Part I of the CIMO Guide provides guidance for measurements of basic meteorological variables, such as temperature, atmospheric pressure, humidity, surface wind, precipitation, radiation, sunshine duration, visibility, evaporation, soil moisture, upper-air variables and clouds, as well as measurement of ozone and many atmospheric composition parameters. Part II provides guidance for measurements using automatic weather stations, measurements and observations at aeronautical stations, aircraft, marine, road, urban, radar and satellite observations, profiling techniques, lightning detection and rocket measurements in the stratosphere and mesosphere. Part III is dedicated to quality management, sampling of variables, data reduction, testing, calibration and intercomparisons. Expansion of the CIMO Guide over the last 55 years has resulted from developments in both meteorology and the increasing number of user applications and services.

The requirements for instrument testing and intercomparisons are still increasing with the increasing variety of higher quality instruments using different measuring principles and designs produced by different manufacturers. Verifying the performance, accuracy and suitability of instruments to varying environmental and climatic conditions and their intercomparisons is in many cases the only way to establish their interoperability and compatibility of data. This verification process has even higher importance nowadays when low uncertainties are needed to support climate research studies addressing climate variability and climate change.

For many years, two different pyrheliometric scales (the Angström Scale and the Smithsonian Scale) existed side by side. These scales govern specifications for measuring solar radiation using pyrheliometers. Because homogeneous worldwide radiation measurements were necessary, the International Pyrheliometric Scale (IPS-1956) was adopted in 1956 and the first International Pyrheliometer Comparison took place at the Physical Meteorological Observatory Davos in Switzerland (PMOD) under the auspices of CIMO in 1959. Since then, every five years, CIMO organizes international and/or regional pyrheliometer comparisons at PMOD to ensure the worldwide homogeneity of solar radiation measurements. PMOD has been serving as the WMO World Radiation Centre since 1971 and maintains the chain of absolute standards. One of the tangible results of these intercomparisons is the introduction of the absolute scale, the World Radiometric Reference (WRR), replacing IPS-1956 and thus providing a link to the SI. The WRR became the only world standard for solar irradiance measurements. In 1981, mandatory use of the WRR was added to the WMO Technical Regulations.

WMO surface-based intercomparisons began in 1984 with the International Comparison of National Precipitation Gauges with a reference pit gauge. So far, 14 intercomparisons have been carried out, covering precipitation, humidity, pressure, cloud-base height, visibility, present weather, wind and sunshine radiation. More recently, rainfall intensity gauges were tested, both in laboratory and in the field, to assess their performance in extreme rainfall events and to develop guidance to manufactures in support of the development of instruments suitable for climate variability and climate change studies and for disaster risk reduction. Similar objectives were set for WMO intercomparisons of thermometers screens/shields and humidity measuring instruments that are ongoing and planned in extreme climatic regions (desert and arctic regions).

The need for an intercomparison is based on user requirements and conducted by the international group of experts under the CIMO auspices and in collaboration with the Association of Hydro-Meteorological Equipment Industry. The scale of WMO intercomparisons, resources and expertise needed is beyond the capabilities of individual Members. Conducting them collectively is cost-effective and it is the only way to guarantee interoperability of data from instruments made by hundreds of manufactures using different designs and measuring principles. Many scientists involved in WMO intercomparisons have received Väisälä awards for outstanding research or for the development and implementation of instruments and methods of observation.

The first World Comparisons of Radiosondes, carried out in Payerne, Switzerland, in 1956, was followed by extensive studies in the development of guidance material applied to radiosonde development, testing, comparisons and compatibility. In the early 1980s, CIMO studies revealed systematic inconsistencies of upper-air data and decided to organize a series of intercomparisons, starting with the WMO Intercomparisons of Radiosonde Systems in the United Kingdom in 1984, followed by six intercomparisons, with the latest one in Vacoas, Mauritius, in 2005.

In the 1950s, the differences between the measurements observed up to 50 hectopascals (hPa) from flight to flight were large, and would be considered unacceptable for operational networks today. Subsequent fast technological development and CIMO involvement in the process resulted in the rapid increase in the quality of upper-air observations.

Radiosonde intercomparisons over the last decade have largely eliminated unnecessary errors from incorrect sensor exposure, use of the wrong coatings on sensors and poor use of GPS location measurements. The best modern radiosondes are now able to measure with high quality almost all variables the users of the observations require, to pressures as low as 5 hPa for temperature and wind. This standard of observation is now progressing into almost all national networks. Worldwide compatibility of radiosonde data established through intercomparisons is especially beneficial for climate monitoring and climate studies. To maintain high quality and worldwide data compatibility, intercomparisons, such as the one planned in China for 2010, are needed whenever substantial changes appear in the design of best quality radiosondes.

More than a century of progress

Since the establishment of CIMO by the WMO predecessor more than a century ago, the Commission has dramatically grown, providing worldwide services in the field of instrumentation and measurements standards. It forms an important backbone of WMO work in meteorology, climate and hydrology. As the global community continues to increase its scientific collaboration, work in this field will continue to progress, enabling high-quality observations of the atmosphere and the environment around the world.

The authors wish to thank Miroslav Ondráš, Chief of the WMO Observing Systems Division, for his contribution to this article.