The World Meteorological Organization in a Changing World 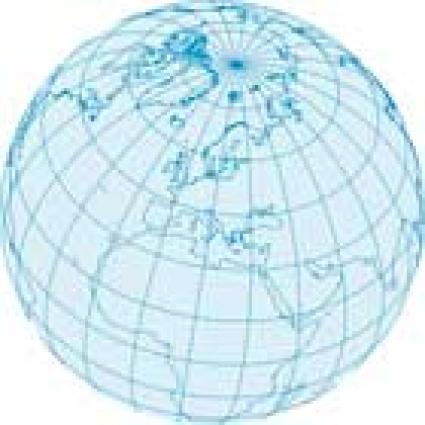 The World Meteorological Organization in a Changing World

People have always been interested in weather and climate. Climate defines the feasibility of farming, cattle-raising, forestation and fishing. That no caravan of camels is seen in the Antarctic, nor schools of piranhas in Titicaca Lake, means that different species require specific environments. It goes without saying that deep changes in meteorological conditions, whether through climate variability or extreme events, create hazards affecting the productivity of plants and animals.

A quick history of meteorology

People too are adversely affected by climate. The father of medicine, Hippocrates, stated in 5th century BC that weather and climate are factors of illness or well-being.

Until then, weather issues had been a matter of gods and demigods. In the 4th century BC, Aristotle, in his Meteorologica, took it out of mythology, with the first scientific approach to our atmosphere.

Ancient civilizations handled their environmental questions quite well. Egyptians knew the periodicity of the Nile floods. Pre-scientists, from those of Chaldea and Mesopotamia, to those of India and China, devoted time to assess weather situations. Pre-Colombian civilizations were also busy with understanding rainfall variations, particularly in arid regions of Mexico and the Andean plateau.

The winds of Kronos2, blowing with the speed of this swift historical summary, bring us to the Renaissance. Meteorological instruments – such as the barometer, thermometer, pluviometer, hygrometer and others – enabled isolated meteorological measurements.

Science developed faster in the 17th and 18th centuries. Boyle, Mariotte, Franklin, Hadley, Lavoisier, Descartes, Newton, as well as the earlier scientists da Vinci, Galileo, Fibonacci, Euler, Ahmid al Buni, al Uqlidic si and others paved the road to scientific advancement and the development of meteorology as a science.

In the 1780s, the Societas Meteorologica Palatina laid down the basis of what is now a raison d´être of WMO: observation networks. The invention of the electric telegraph by Morse in 1843 further opened the way to weather and climate services, operating today under the patronage of WMO.

The history of meteorology moved even faster, creating conditions under which Professors Karl Bruhns of Germany, Karl Jelinek of Austria and Heinrich Wild of Switzerland proposed a preparatory meeting for a permanent international body responsible for meteorological matters.

It was an exciting time. The war had left a legacy of outstanding scientific and technological developments. Meteorological services – useful in planning and operating activities of armed forces on the ground, in the sea and in the air – were recognized as a scientific undertaking in their own right.

In the early days, WMO’s responsibilities, outlined in the WMO Convention, served the basic purposes of this new agency:

WMO immediately surpassed its initial goal of providing weather data and forecasts. The 1950s marked the beginning of the emancipation of colonial territories; WMO membership grew and the Organization expanded activities to meet developing country needs. 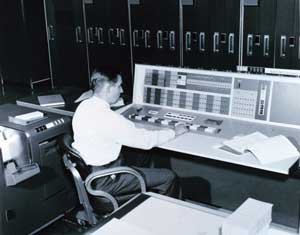 Many challenges emerged at this time, which WMO addressed using procedures in its Convention. Hydro-meteorological processes highlighted a need to improve water management due to climate change and better monitor its quality. The “green revolution” made new demands on balancing water needs, with demand for reliable, better-distributed information on rain-fed lands, surface and ground water availability and improved water management. Changes in air quality led to a spread of infectious diseases; this brought demand for more meteorological information to address health crises. WMO also addressed urban issues (from heat islands to air conditioning to floods); rural floods and droughts affecting crops; and forestry issues.

© U.S. Weather Bureau.
The 1960s marked progress in technology. This computer was used to process weather data for forecasts and research in 1965.

The 1970s were marked by severe regional events, the worst of which was the Sahelian crisis, with recurrent drought affecting 14 countries in western Africa. Rising oil prices created a political crisis. Local and regional pollution had global implications. The most important were the depletion of the stratospheric ozone layer – with the so-called Antarctic ozone hole – and global warming.

For the WMO agenda, it became increasingly clear that climate was the likely factor influencing the amount of water, food and energy available to the growing world population.

WMO had already created regional offices in Africa, in Latin America and the Caribbean, and in Asia in 1967. This base proved helpful in the 1970s to serve regional needs. The United Nations Development Programme (UNDP) financed WMO technical assistance missions and the UN Special Fund financed special programmes to develop the national hydrometeorological services in many developing countries.

The socio-economic impact of growing weather and climate events led WMO to organize conferences on the social and economic value of meteorology and hydrology, and to produce WMO technical notes on the importance of meteorology and climatology. The World Weather Watch did its part, producing publications to teach the organization of meteorological and hydrological observation, communications and data processing systems; facilitating exchanges; and providing real-time data. These systems now support the United Nations International Strategy for Disaster Reduction (UNISDR) risk management activities.

The Executive Committee (now Executive Council) established a Panel of Experts on Climate Change and Variability to study climate change trends and effects. Based on the conclusions, WMO organized a World Climate Conference in 1979.

In the 1980s, the WMO Congress approved the World Climate Programme, which became quickly operational.

The UN Vienna Convention (1985) and its Montreal Protocol (1987) committed WMO to work on data processing and archiving of ozone measurement networks. Valuable technical assistance was provided to many developing countries.

Research showed that variations in climate among regions were more critical than initially thought, with vulnerability to increasing temperatures and rises in sea levels.

The impact of climate change started moving out of the domain of scientists. Political and public awareness grew regarding the socio-economic impact of environmental changes. These included loss of biodiversity due to deforestation and air and water pollution; soil erosion and desertification; acid precipitation and depositions; and global warming.

WMO contributed to research on the causes of climate change in research papers and in the conclusions of the UNEP/WMO/International Council for Science (ICSU) Conferences.

The WMO Conference on the Changing Atmosphere: Implications for Global Security (Toronto, 1988), put the threatening panorama of global warming in black and white. The final statement of the Toronto Conference pointed out:

“Humanity is conducting an unintended, globally pervasive experiment whose ultimate consequences could be second only to a global nuclear war. The Earth’s atmosphere is being changed at an unprecedented rate by pollutants resulting from human activities, inefficient and wasteful fossil fuel use and the effect of rapid population growth in many regions. These changes represent a major threat to international security and are already having harmful consequences over many parts of the globe...” 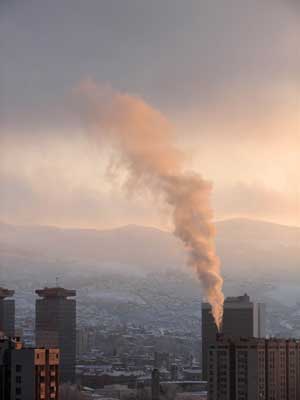 WMO held Regional Climate Conferences, convened by the World Climate Programme, in Asia and Western Pacific, Africa and Latin America and the Caribbean. Success was possible due to the tight coordination WMO had developed with other UN agencies, particularly UNEP.

In 1983, the United Nations Secretary-General, alerted by the critical regional and global events linked to human development, established the UN Commission on Environment and Development.

The commission published its report, known as the Brundtland Report, in 1987. It meant a remarkable step forward in the consideration of the host of problems deriving from the development path chosen by different social groups.

The interest of WMO in the environment crystallized before the United Nations convened the Conference on the Human Environment in Stockholm in 1972.

WMO research and conferences on the implications of the changing atmosphere helped put climate change on the international agenda.

This leading action was initiated more than a decade before pollution, in different environments and scales, would become the cause of problems such as ozone depletion, climate change and technological disasters.

At the end of the 20th century, UNEP, the National Aeronautics and Space Administration (USA) (NASA) and the World Bank (1998) published Protecting Our Planet, Securing Our Future, which linked global environmental issues and human needs.

Climate change is closely linked to WMO as the UN agency responsible for coordinating efforts on:

The need for outreach 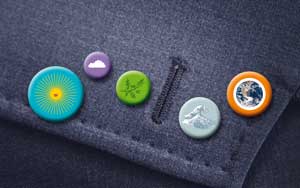 Climate change falls into the “think global, act local” axiom. The regional implications vary greatly. This is why the IPCC conclusions are scientifically relevant but not politically compulsory.

Greater outreach initiatives are needed to brief decision-makers – especially from developing regions – on the degree of certainty of the IPCC conclusions, as well as the need for research based on sound meteorological information.

The transference of conclusions reached in the northern hemisphere to developing regions – where even the current climate and environmental conditions are not well known – are the origin of apocalyptic messages. As people leap to the wrong conclusions, this confuses and troubles the efforts of WMO and other UN agencies to solve crises resulting from wrong practices to produce and consume water and food resources.

These words do not aim to negate the precautionary actions governments and private groups must undertake for the sake of sustainability. They only make more evident that the three drivers of climate change are leading to unacceptable carbon, water and ecological footprints. These drivers are:

Against this backdrop, sustainability must be carefully considered by the UN agencies, under the scientific and technological guidance of UN specialized agencies, where WMO and sister bodies and agencies are included.

WMO’s contribution to the climate challenge

As an active participant in the IPCC endeavour for over 20 years, and a developing country professional involved for more than 27 years in UN activities under the International Civil Aviation Organization (ICAO), WMO, UNDP, UNESCO and WHO, I have the obligation to express that I see this 60th anniversary as the open door for a stronger WMO participation in addressing climate change, the definitive challenge to be faced by humanity during this century.

WMO is a founding and supporting IPCC agency. It has made remarkable contributions to address climate change through the World Climate Programme and World Weather Watch, as well as its departments of Hydrology and Water Resources, Education and Training and many other valuable programmes.

WMO must work to better integrate its activity with the IPCC and their allied research and technological bodies, of governmental and non-governmental institutions. Social participation movements and NGOs should be included.

I see WMO’s role as follows.

1. Advocacy in scaling back. Recognize the limits of growth and help society adjust properly to global climate change, and its different regional and local implications.

6. Legal aspects. Advise on the development of legal aspects related to weather and climate modification.

1 Based on a presentation by Osvaldo F. Canziani, former Co-Chair, Working Group II of the Intergovernmental Panel on Climate Change (IPCC), on the occasion of the World Meteorological Day 2010.
2 Greek god of time