Ocean Information to deliver weather, marine and climate services for a resilient and sustainable blue economy

Key scientific challenges for ocean sustainability and the blue economy.

Recommended priorities for the 2020 Ocean Conference and the Decade of Ocean Science for Sustainable Development (2021-2030).

David Grimes, President of WMO (Co-chair of the Dialogue)

Peter Haugan, Chairperson of the Intergovernmental Oceanographic Commission of UNESCO (IOC) (Co-chair of the Dialogue) 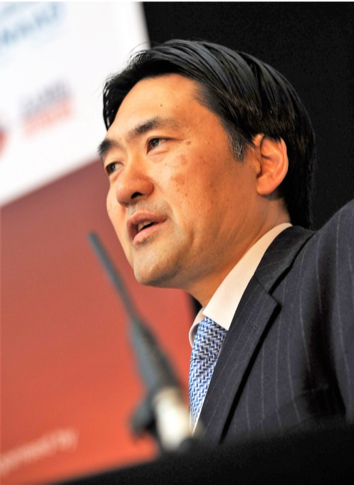 Mr. Hiro Yamada graduated Tokyo University (Engineering, Naval Architecture course) in 1985, and worked for the Ministry of Transport of Japan at Maritime Bureau, including a post at the Japanese Embassy in London.

After he joined the IMO Secretariat in 2005, he engaged in various technical and operational issues, related to maritime safety and protection of marine environment.  In October 2018, he was appointed as Director of Marine Environment Division (MED).

He has to deal with a lot of environmental challenges such as reduction of GHG emissions from ships, IMO 2020 sulphur limit, marine plastic litter and various ocean issues, to name but a few.

The need for enhanced ocean services underpinned by observation, prediction and research

The ocean and the Earth system: Dame Julia Slingo, Special Advisor on Climate to the Secretary-General of WMO 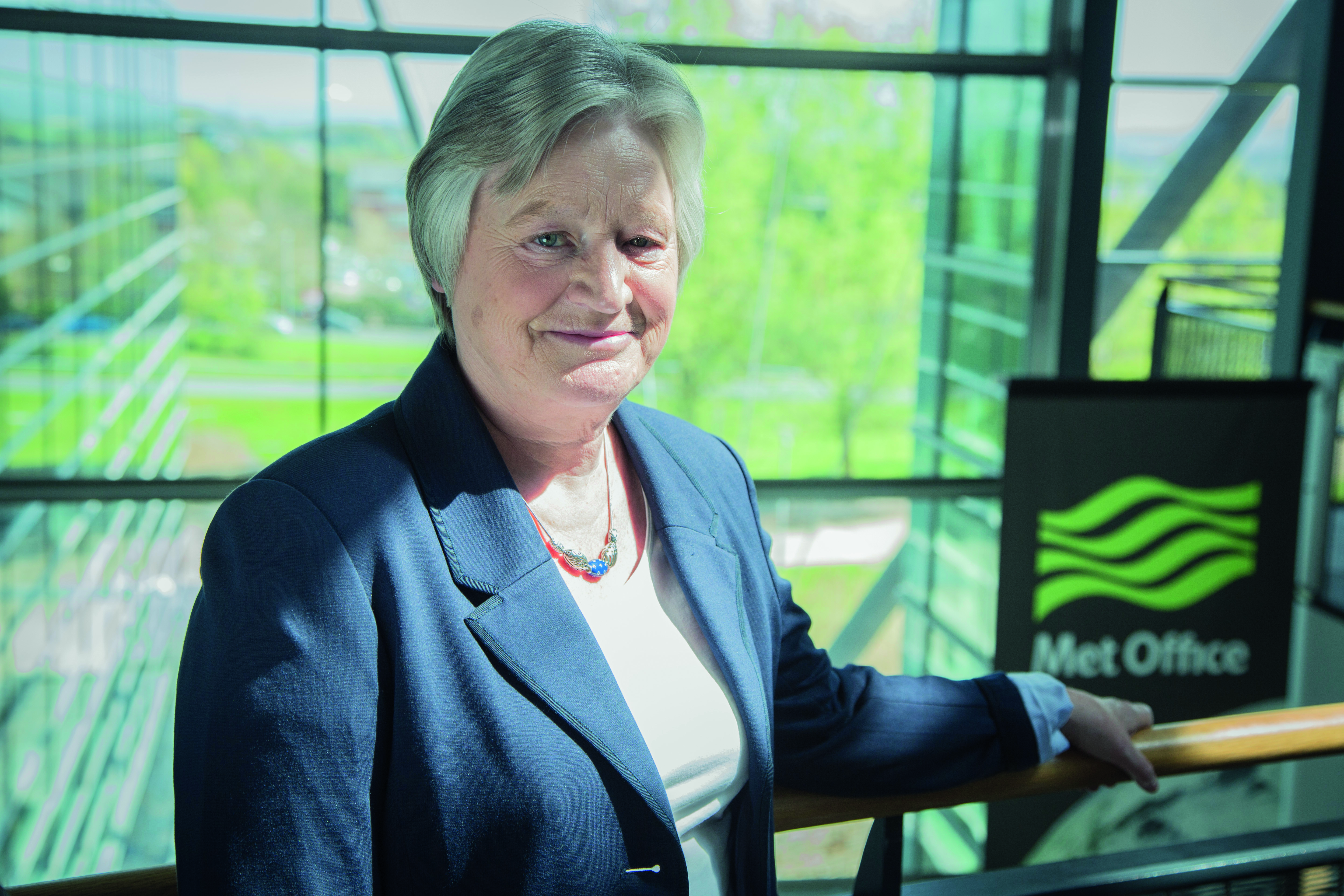 Professor Dame Julia Slingo is the Special Advisor on Climate to the Secretary-General of WMO. From 2009 to 2016, she was the Chief Scientist of the Met Office in the United Kingdom, and was awarded the prestigious IMO prize for her outstanding work in meteorology, climatology, hydrology and related sciences in 2015. She is also a Visiting Professor in the Department of Meteorology at the University of Reading, where she held, the positions of Director of Climate Research in the Natural Environment Research Council National Centre for Atmospheric Science and founding Director of the Walker Institute for Climate System Research. From 2015 to 2016, she was one of the members of the High Level Group of Scientific Advisors of the European Commission on Scientific Advice Mechanism 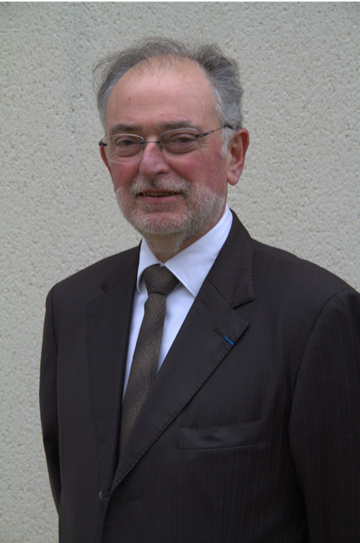 Diplomed Engineer from the Ecole Polytechnique (1969) and from the national school for Meteorology (1971) together with a Master Degree in Physical Oceanography from the Paris VI University (1971).

All my career, mostly carried in the French National Meteorological Service, Météo France was dedicated to marine meteorology, operational oceanography, and the planning of in situ and space based systems. Promotion of operational oceanography has been the red line of all my activities from the beginning. It is the reason why I have been involved in IOC related groups since the creation of IGOSS, in 1976, bridging with WMO commission for marine meteorology (CMM). I have always been member of the French delegation to IOC, heading them, as Chairman of the national committee from 1998 onwards.

While leading some development activities on oil spill drift, I taught oceanography in the French School for Meteorology (1973-1979) and geophysical fluid dynamics in the school for hydrographic engineers (ENSTA, 1979-1989 – Manual published) while developing the marine meteorological forecast service in Météo France (1979-1983), what leaded me to become President of the WMO commission for marine Meteorology (1984-1989). At the same time, I have been involved, from the User side, in the definition of ERS-1 satellite project.

From 1983 to 1986, I moved to the Ministry for the Sea, as advisor for research, being specifically administrator of Ifremer. Coming back to Meteo-France, late 1986, I was in charge of European Affairs in the head office, with specific look to the space programmes (ESA and EUMETSAT).

From 1989 to 1993, I moved to EUMETSAT as the Meteosat Second Generation (MSG) Mission Manager, coordinating the process leading to the adoption of the satellite mission and the programme decision.

Back to the Head Office of Meteo-France, I was rapidly in charge of the observing systems department, leading me to become the programme manager for the EUMETNET composite observing system (EUCOS) (1998-2002). I also followed activities of the Data Buoy co-operation panel (DBCP).

After that, I have been the Director for the overseas meteorological services in Meteo France (2002-2004), before taking the Chair of the Mercator Ocean Board, and being the responsible. 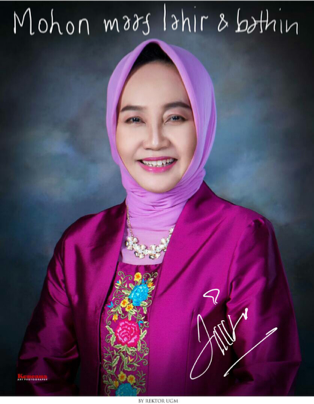 Prof. Dwikorita Karnawati (Rita) Ph.D, has been appointed as the Head of Indonesia Agency for Meteorology, Climatology and Geophysics (BMKG), since November 2017, after her completion in serving as the President of Universitas Gadjah Mada (UGM), a prominent university with 55,000 students in Indonesia.

She has an extensive professional experiences and academic backgrounds as the Professor in Environmental Geology and Disaster Mitigation at UGM. Indeed, she is very active in promoting and developing the National Multi Hazard Early Warning System (MHEWS), and very well-respected as the one of the key expert leader in developing Presidential Decree for the Indonesia MHEWS.

Obtaining the Ph.D Degree in Earth Sciences from Leeds University, UK in 1996, she continued her research on Hydrometeorological Disaster Prediction in the Post-Doctoral Program at Tokyo University of Agriculture and Technology, Japan. Then, she received the Leverhulme Professorship Award to further developed her research for Community-Based Landslide Early Warning System, in The Institute for Advanced Studies, at Bristol University, UK in 2003. In October 2011, her research in Community-Based Landslide Early Warning System was selected as one of the best research on Landslide Disaster Risk Reduction by the International Consortium on Landslides, which led to the appointment of UGM as the World Center of Excellence for Landslide Disaster Risk Reduction.

Furthermore, she was awarded the Fulbright Senior Research Program to develop Integration of Technical and Human Sensors for Early Warning System of Landslides, carried out in The Visualization Center-Homeland Security Post Graduate Program, at San Diego State University, California, USA in 2011-2012.

Since 2015, Prof. Rita has been appointed as the Vice President of the International Consortium on Landslides (ICL). In such position, she actively promoted and developed the integration of the technical sensors and human sensors for hydro-meteorological early warning system, in which one of her team innovative products has become an international reference (ISO 22327) in 2018.

In 2019 she has been elected as the Chair of the Intergovernmental Coordination Group of Indian Ocean Tsunami Warning and Mitigation System (ICG/IOTWMS).

Indeed, due to her extraordinary works, she received series of research grants from the World Bank, as well as from Japan International Cooperation Agency (JICA) and the British Council, which then very important to support the process of developing the Multi Hazard Early Warning System, especially related to hydrometeorology disaster, earthquake and tsunami in Indonesia, with respect to life survivability and environmental protection.

In addition, Prof. Rita has been consistently working on the capacity development and education programs for Disaster Mitigation since 2004. Between 2004 and 2014, she served as the coordinator for the ASEAN University Network - South East Asia Engineering Education Development Program (AUN Seed Net) in the field of Disaster Mitigation (which include hydrometeorological disaster).

In her recent position as the Head of the Agency, she actively drives the innovation on Early Warning Technology and Impact-based Forecasting Systems for Meteorology, Climatology and Geophysics, powered by the Big Data, Artificial Intelligent (AI), and Internet of Things (IOT), which also connected to Social Media, Mobile Aps and You Tube.

Receiving an extensive recognition from national and local counterparts as well as from various international organizations for her work, she also has been invited to deliver keynote speeches and lectures in conferences, meetings, and events in various universities and institutions in USA, Europe, Australia, New Zealand, India, Japan, China, and Africa, to share her best practices of her experiences in Disaster Risk Reduction and Early Warning System.