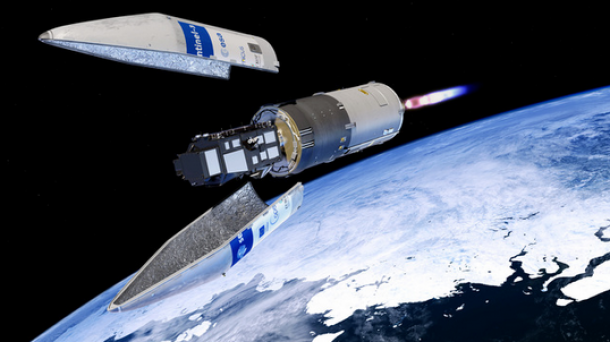 What will Sentinel-3 do?

The Sentinel-3 mission is based on a constellation of two identical satellites operating in a sun-synchronous, polar orbit at an average altitude of 815 km. Sentinel-3A was launched on 16 February 2016.

The addition of Sentinel-3B will provide higher revisit times (from 3-4 to 1-2 days) and so improved global coverage and timeliness of data.

After the launch and early orbit phase and commissioning is completed by ESA, EUMETSAT will operate Sentinel-3B, on behalf of the EU for the Copernicus Programme, delivering marine data and support services to users in the EU, EUMETSAT Member States, and beyond. ESA will deliver the land data.

In addition to Sentinel-3, EUMETSAT is already delivering marine data and support services to users from the Jason-3 ocean altimetry satellite and also from its own and third party missions, and in the future will deliver data from the Jason-CS/Sentinel-6 satellites.

This multi-mission marine data stream is available via EUMETCast satellite/terrestrial, or online via the Copernicus Online Data Access (CODA), the future DIAS system, or through the EUMETSAT Data Centre. Access the full range of ocean products here.

How is data from Sentinel-3B used?

On land, the satellites will map land use, monitor vegetation state, measure the height of rivers and lakes, and monitor wildfires.

All instruments onboard the Sentinel-3 satellites are contributing to climate monitoring and extending long-term climate datasets for Essential Climate Variables such as e.g. sea and land surface temperatures, sea level, ocean colour.