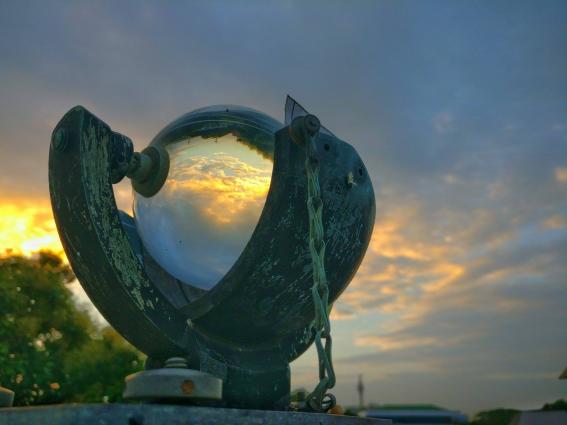 Scientists use solar radiation measurements in order to study climate variability and change and to forecast the weather.

Measuring sunlight, however, is not as easy as it may sound. Long-term measurements that are comparable from place to place, from time to time, and from instrument to instrument are essential. This requires a special effort to finely calibrate thousands of ground-based instruments all around the world.

Radiation measurements are essential for decision-makers in the solar energy industry. To calculate how much electricity a proposed solar energy installation will produce, they need to know how much sunlight will be available on sunny days and cloudy days, or on short winter days versus long summer days.

These estimates are used by decision-makers and commercial investors to identify suitable locations for solar power plants.

The P.M.O.D. institute in Davos, Switzerland, has been studying how to measure sunlight for over one hundred years. Serving as the WMO World Radiation Centre since 1971, it maintains the primary standard for measuring the Sun's irradiance, the so-called World Radiometric Reference. This ensures that these highly sensitive instruments, known as pyrheliometers, are accurate and their data are comparable.

Its role is to make sure that everybody uses the same accurate scale for measuring solar irradiance in order to make those measurements comparable to each other and to measurements that have been taken in the past and will be taken in the future.

Without this WMO-led international collaboration on carrying out this rigorous, behind-the-scenes work, scientists would have a much weaker understanding of the climate system, and the solar energy industry would be less efficient.

Countries in high latitudes in the northern hemisphere, which suffer from long Arctic nights in winter, also enjoy “Midnight sun” in June.

Apricity is a word meaning the sun’s warmth in winter – a valued commodity for those suffering from dark, cold days.