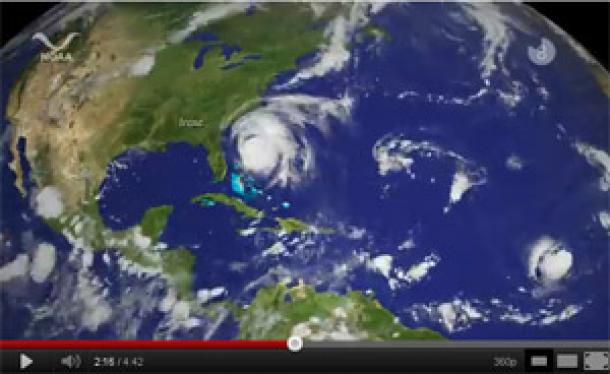 The 2011 Atlantic hurricane season officially ends Wednesday, having produced a total of 19 tropical storms of which seven became hurricanes, including three major hurricanes. This level of activity matched NOAA’s predictions and continues the trend of active hurricane seasons that began in 1995.

The 19 tropical storms represent the third-highest total (tied with 1887, 1995, and 2010) since records began in 1851 and is well above the average of 11. However, the number of hurricanes and major hurricanes is only slightly above the average of six and two, respectively. This year’s totals include a post-storm upgrade of Tropical Storm Nate to hurricane status, and the addition of a short-lived, unnamed tropical storm that formed in early September between Bermuda and Nova Scotia. This unnamed storm, along with several other weak, short-lived named storms, could have gone undetected without modern satellite technology