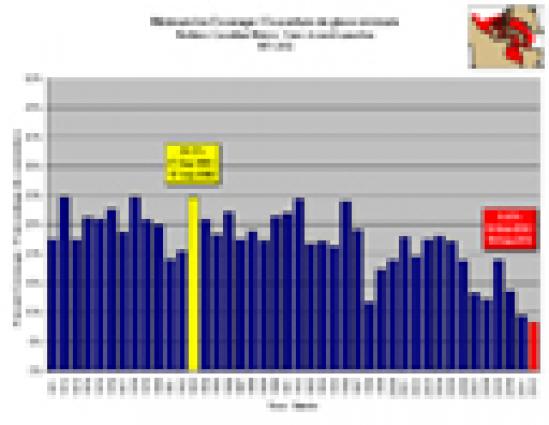 Time series of minimum sea ice coverage in Northern Canadian Waters, for each summer since 1971. Note that the week of the actual minimum ice coverage varies from year to year. In the graph above, Percentage Ice Coverrefers to the percent of the red area in the inset map that is covered with sea ice. The actual area of the red region indicated in the inset map is 3,747,890 km2.