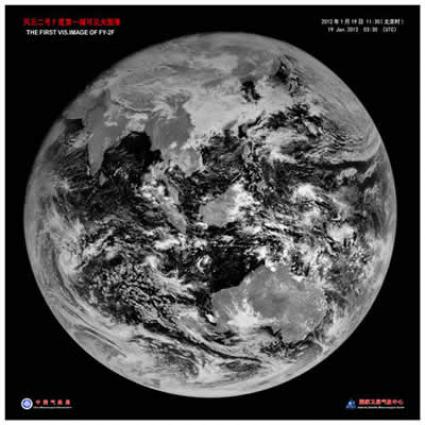 "In comparison with the FY-2E satellite, the quality of the i [image] mage of FY-2F has greatly enhanced," said academician Xu Jianmin. The space environment observing device carried in the satellite opened on January 18 and observed two solar flares.

The FY-2F satellite was launched in Xichang Satellite Launch Center on January 13. On January 18, it was positioned at 112 E above equator. Based on the second batch of FY-2 satellite and the users’ need, the research and development unit has made technological improvement in the new satellite, such as extending service life from 3 to 4 years and doubling intensive observation life. The satellite is possessed with high time and resolution scanning capability for specific region, equipped with space environment observing device, and improved the visible light and infra-red radiation of cloud image which will enhance the observation efficiency, operating stability, observing quality and the accuracy of quantitative products.