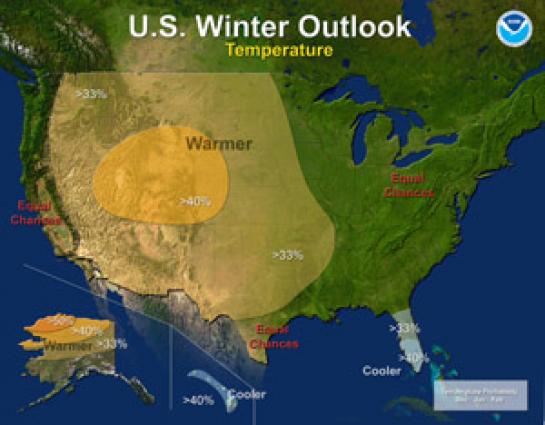 The western half of the continental U.S. and central and northern Alaska could be in for a warmer-than-average winter, while most of Florida might be colder-than-normal December through February, according to NOAA’s annual Winter Outlook announced today from the agency’s new Center for Weather and Climate Prediction in College Park, Md.