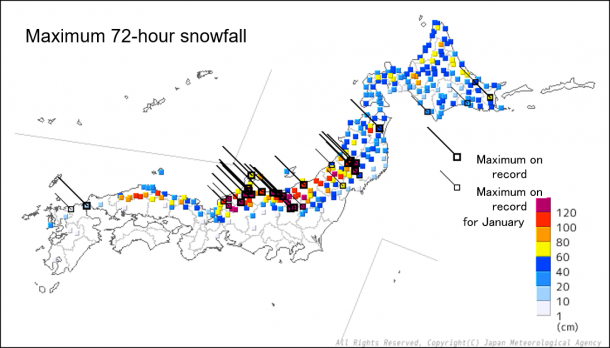 Japan experienced a series of heavy snowfall events from mid-December 2020 onward, especially the Sea of Japan side of the country. The snowfall amounts were record-breaking in some places. One of the factors for these events is considered to be the southward meandering of both the polar front and subtropical jet streams around Japan, resulting in continuous cold air flow into the country. The meandering of these polar front and subtropical jet streams was likely to be linked to a blocking high over western Siberia and the ongoing La Ni?a condition, respectively. The summary of investigation was published as a press release from the Tokyo Climate Center and available from its website.