HANOI LOOKS TO TACKLE FLOODING BY 2015 (The National Center for Hydro-Meteorological Forecasting , Vietnam ) 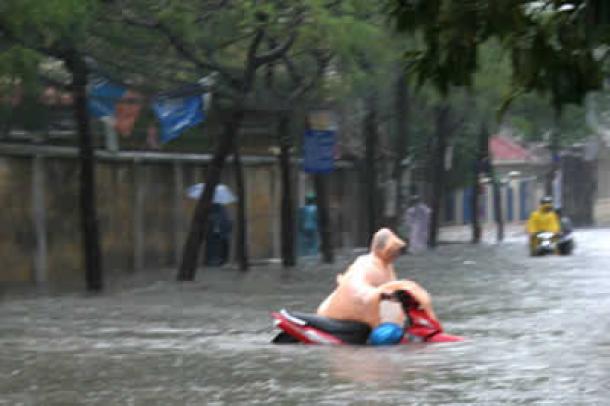 HANOI LOOKS TO TACKLE FLOODING BY 2015 (The National Center for Hydro-Meteorological Forecasting , Vietnam )

Hanoi aims to put an end to flooding in the city’s centre including the districts of Hoan Kiem, Ba Dinh, Dong Da, Hai Ba Trung and Hoang Mai by 2015.

According to the city's drainage planning to 2030, Hanoi will also complete drainage systems in other residential areas and satellite urban sites in a bid to tackle flooding.

One of the solutions being considered is collecting rainwater.

Currently, the average annual rainfall in Hanoi is 1,676mm, higher than in previous decades due to climate change. In the future, the impacts of climate change will be included in calculating rainfall and drainage system planning. >> More