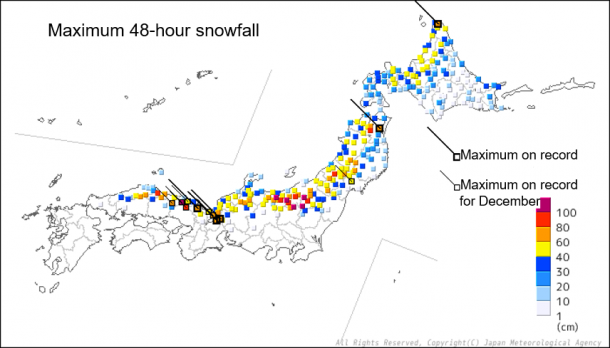 From late December 2021 to early January 2022, a series of heavy snowfall events hit Japan on the Sea of Japan side and elsewhere, bringing unprecedented snowfall for this period in the Kinki region and other areas. For example, a 48-hour snowfall record of 78 cm was set at Hikone in Shiga Prefecture. These conditions are partly attributed to continuous cold air inflow over the country due to southward meandering of the polar front jet stream around Japan in association with a blocking high over western Siberia. The summary of investigation was published as a press release from the Tokyo Climate Center and available from its website.