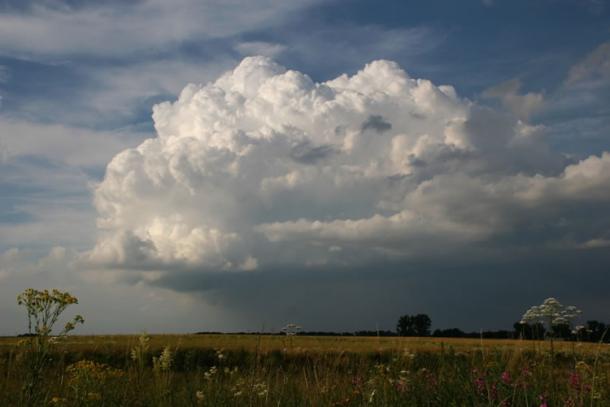 Higher temperatures affect the conditions for cloud formation and rainfall. Heavy rain showers, such as summer thunderstorms, are influenced more by temperature than rain from larger widespread rain systems. Heavy rain has far-reaching consequences for society, and these could worsen at higher temperatures.

“Imagine a summer thunderstorm with sudden intensive rain showers over a short period. Compare that to rain from widespread cloud cover with lighter showers on and off over several hours. Both types can lead to extreme volumes of rain, but over completely different time periods,” says Peter Berg, a climate scientist at SMHI and one of the researchers behind a study into extreme rain showers published by Nature Geoscience.

The properties of rain showers

The volume of rain that falls in a heavy shower depends on the amount of water vapour in the atmosphere. At higher temperatures the atmosphere may contain more water vapour, thus increasing the chance of heavy showers. The properties of a rain shower are strongly dependent on the time scale being studied, from five minutes to several hours or days, for instance. The various types of precipitation are created in different processes in the atmosphere. This makes this a complex area from a research perspective. >> More