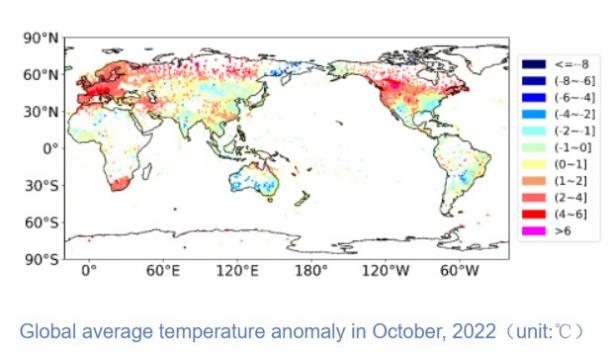 The Global Disastrous Weather Report in October 2022 (hereafter referred to as the Report) was released on November 14. According to the Report,in October 2022, the temperature in most parts of the Northern Hemisphere was higher than that in the same period of normal years. And many parts of Europe have experienced record-breaking daily maximum temperature in October. The temperature in parts of East Asia, North America and other regions was also higherthan that in the same period of normal years,accompanied by less precipitation.