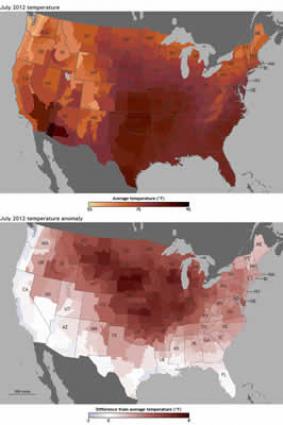 According to the latest statistics from NOAA’s National Climatic Data Center, the average temperature for the contiguous United States during July was 77.6°F, which is 3.3°F above the 20th-century average. This marks the warmest July and–given that July is the typically the warmest month of the year—the warmest month on record for the nation.