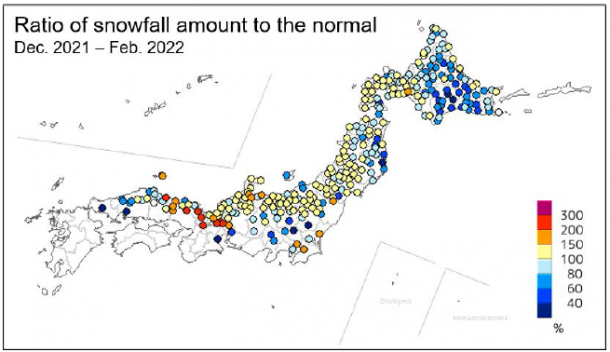 Strong currents of cold air around Japan caused frequent heavy snowfall over northern to western parts of the country’s Sea of Japan side and elsewhere from late December 2021 onward. Winter snowfall amounts were above normal in many locations on the Sea of Japan side, and values exceeded double the normal at some stations in western Japan. The summary of investigation was published as a press release from the Tokyo Climate Center and available from its website. The primary factors contributing to these climate conditions are illustrated in the report.